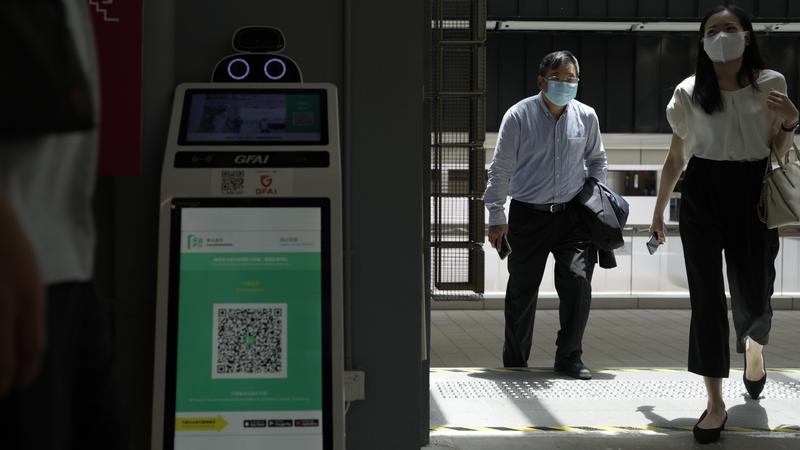 The new infections included 262 imported cases and 3,783 local infections, Chuang Shuk-kwan, head of the communicable disease branch of the Centre for Health Protection, said at a news briefing.

Tuesday’s figure is almost the same as the 4,040 cases reported on Monday.

“There are many chains of transmission in the community. Omicron is highly transmissible,” Chuang said.

She said infections involving the Omicron subvariants BA.4 or BA.5 comprised 12 percent of the new infections.

Of the 262 imported cases, 140 were detected during airport screening, 94 at quarantine hotels, and 28 after quarantine, Chuang said.

Thirty-eight came from the United Kingdom, 35 from India, 27 from the United States, 23 from the Philippines, 15 from France, 13 from Singapore, and 12 from Thailand. The rest were from 40 other countries.

She added that three residential care homes for the elderly and persons with disabilities had new infections.

They had underlying illnesses like hypertension and diabetes and two of did not get a single vaccine jab against the coronavirus, Kwan said.

She added that 1,546 COVID patients were being treated in public hospitals, including 195 new patients. Twenty-seven were in critical condition, including eight receiving intensive care, while 21 were in serious condition.

In a separate statement, the government announced that the existing social distancing measures will be extended until Aug 24.

It noted that the number of daily new cases in Hong Kong remains high at four-digit figures, with the overall number of hospitalised patients consistently exceeding 1,000 without signs of a steady downward trend.

All catering premises and scheduled premises are allowed to continue operating subject to strict compliance with the requirements including the use of the Vaccine Pass and LeaveHomeSafe app.

Other requirements, such as mask-wearing for citizens in transport carriers and specified public places, as well as the prohibition of group gatherings in public places, also remain in force.