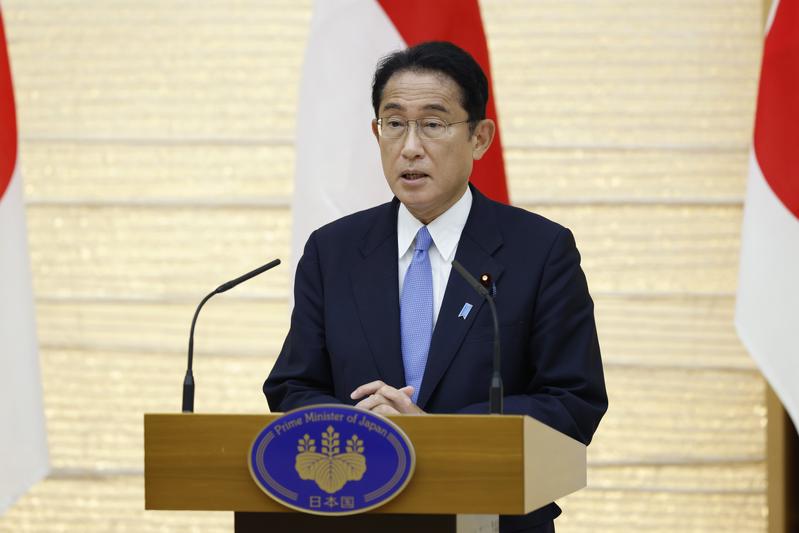 TOKYO - Japanese Prime Minister Fumio Kishida will reshuffle his cabinet on Wednesday paying attention to politicians' ties with the Unification Church, seeking to distance his administration from the controversial group and reverse a slump in opinion polls.

Support for Kishida's cabinet has fallen to the lowest level since he took office last October, down to 46 percent from 59 percent three weeks ago, NHK public broadcaster said on Monday, results in line with other recent surveys

Abe was shot by a man whose mother is a member, and who told investigators he believed Abe had promoted the group to which his mother made ruinous donations, Japanese media have reported.

Kishida said on Tuesday that incoming new members of his cabinet and new ruling party officials must "thoroughly review" their ties with the group.

"It will be a prerequisite," Kishida said, speaking at a news conference in Nagasaki.

Support for Kishida's cabinet has fallen to the lowest level since he took office last October, down to 46 percent from 59 percent three weeks ago, NHK public broadcaster said on Monday, results in line with other recent surveys. A vast majority of respondents said they want an explanation of politicians' ties to the Unification Church.

Kishida said in Nagasaki his cabinet needs reshuffling to deal with problems such as rising prices and an increasingly tense security environment.

"In many ways, we are facing the most critical situation since the end of World War Two," he said.

Finance Minister Shunichi Suzuki will be retained, government and LDP sources told Reuters, declining to be named due to the sensitivity of the situation. 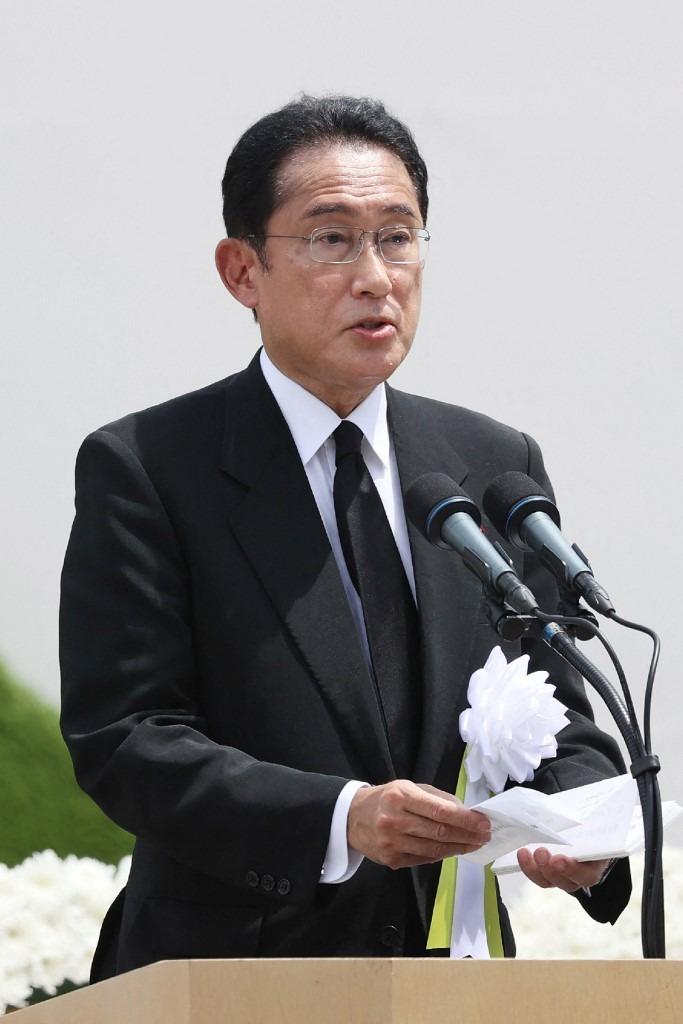 Japan's Prime Minister Fumio Kishida speaks during a memorial ceremony at the Peace Park in Nagasaki on Aug 9, 2022, on the 77th anniversary of the atomic bombing during WWII. (STR / JIJI PRESS / AFP)

Industry Minister Koichi Hagiuda is expected to be shifted to a position outside the cabinet, most likely to chairman of LDP's policy research committee, the Yomiuri Shimbun daily said.

One of Kishida's advisers, Minoru Terada, and upper house lawmaker Naoki Okada, are expected to be appointed to the cabinet for the first time, the Yomiuri added, without specifying their positions.

In many ways, we are facing the most critical situation since the end of World War Two

The reshuffle had been expected to take place in early September, but analysts said Kishida appears to be moving early to try to halt the slide in his support as soon as possible.

Though his ratings are also being hit by COVID-19 cases recently surging to record highs, the main issues voiced in opinion surveys are public unhappiness with the idea of a state funeral for Abe, Japan's longest-serving premier but a polarising force in the country, along with the Unification Church connections.

"His cabinet lineup will show that the LDP is taking tough measures to deal with what is now mostly a problem of individuals before it taints the whole party," said Airo Hino, a professor at Waseda University.

"The Unification Church problem is something he doesn't want to drag on."