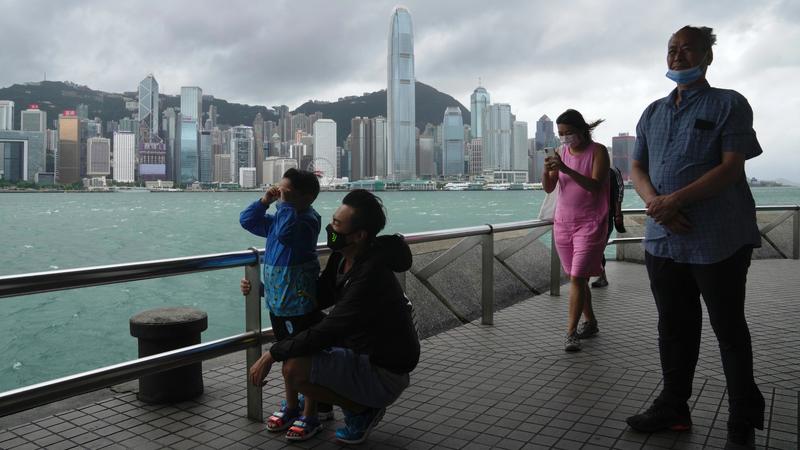 Chuang Shuk-kwan, head of the communicable disease branch of the Centre for Health Protection, said at a news briefing that the new cases comprised 3,807 local infections and 233 imported cases. She added that the seven new deaths brought the city’s toll to 9,334.

Monday's figure is slightly lower than the 4,274 infections reported on Sunday.

Chuang said the 103 of the imported cases were discovered at the airport, 98 at quarantine hotels, and 32 after their quarantine. Forty-five came from the United Kingdom, 27 from the United States, 18 from India, and 12 from Canada.

She also said that 402 schools reported 541 students and 151 teaching staff members testing positive this morning and over the weekend. Eleven schools suspended some in-person classes due to infections, including two linked to two school buses.

Chuang added that infections involving the Omicron subvariants BA.4 or BA.5 continued to increase, accounting for 12.7 percent of new cases on Monday, which is higher than 10.4 percent reported on Sunday.

Lau Ka-hin, chief manager (quality and standards) of the Hospital Authority, said in the same briefing that the seven patients who passed away included four men and three women, aged 66 to 88 years old. Two of them did not receive a single vaccine jab.

Lau said one of the patients was a 66-year-old man who had an accident on Aug 6 and so his death might not be due to the coronavirus.

Lau also said that paediatricians reported an increasing number of infected children with croup, or the inflammation of the larynx and trachea.

A 20-month-old baby girl tested positive on Friday and she was brought to a hospital yesterday after she vomited and had fever and shortness of breath.

“The baby’s trachea was inflamed and expanded, causing obstruction to breathing. When breathing, there would be a hissing noise,” Lau said, adding that her condition stabilized on Monday.

“We urge parents who have children with COVID..There may be trachea and throat inflammation. So, if you have noticed difficulty in breathing, or an abnormal chest or abnormal sounds, you should send the child to the hospital as soon as possible,” he added.