By Xinhua and Wang Zhan 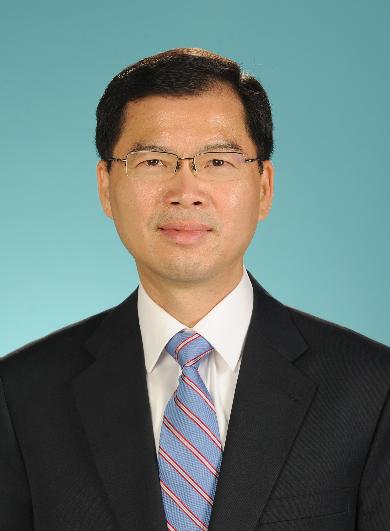 BEIJING – The State Council has decided to appoint Sonny Au Chi-kwong as secretary-general of the Committee for Safeguarding National Security of the Hong Kong Special Administrative Region, replacing Chan Kwok-ki.
The decision was made on Aug 4 in accordance with stipulations of the Law of the People's Republic of China on Safeguarding National Security in the HKSAR, and upon the nomination and suggestion by HKSAR Chief Executive John Lee Ka-chiu.

Commenting on the appointment of Au,  Lee said, “Mr Au has been under secretary for security over the past five years. He possesses a strong sense of national security and is well versed in national security affairs. He is capable of taking up the post of secretary general to lead the secretariat in supporting the committee to fulfil its crucial responsibility to safeguard national security."
It is stipulated in the National Security Law for Hong Kong that the Committee for Safeguarding National Security of the HKSAR chaired by the chief executive shall be established and be responsible for affairs relating to and assume primary responsibility for safeguarding national security. The committee shall be under the supervision of and accountable to the central people's government. The secretariat established under the committee is to be headed by the secretary general. 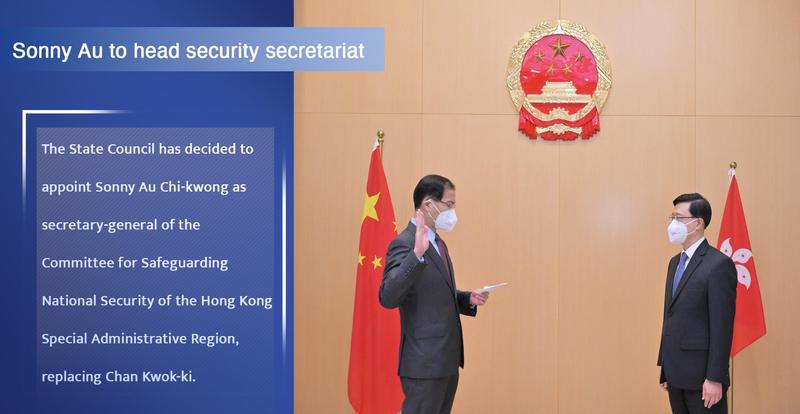 Au, 60, was under secretary for security between 2017 and 2022. He joined the Hong Kong Police Force in 1980 as a police constable and was appointed as an inspector in 1986. He was promoted to chief superintendent in 2007, assistant commissioner of police in 2011 and senior assistant commissioner of police in 2015. He has held a variety of posts including director of personnel and training, and director of crime and security.