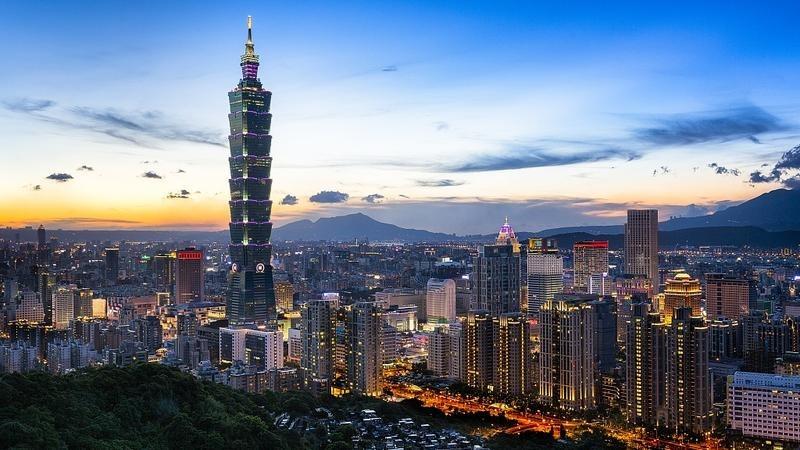 This undated photo shows a night view of Taipei, including the Taipei 101 building. (PHOTO / VCG)

BEIJING - The international community has voiced strong opposition to Speaker of the US House of Representatives Nancy Pelosi's visit to China's Taiwan region while reaffirming adherence to the one-China policy.

Sudan supports the one-China principle as Taiwan is an inseparable part of China, Sudan's acting Foreign Minister Ali Al-Sadiq said in a statement after meeting with Chinese Ambassador to Khartoum Ma Xinmin

Sudan supports the one-China principle as Taiwan is an inseparable part of China, Sudan's acting Foreign Minister Ali Al-Sadiq said in a statement after meeting with Chinese Ambassador to Khartoum Ma Xinmin.

"It also supports the efforts of the People's Republic of China to defend its sovereignty and territorial integrity," he said.

Serbian Prime Minister Ana Brnabic reaffirmed that Serbia supports the one-China principle and considers Taiwan an integral part of the People's Republic of China. Brnabic said these positions would not change.

The AL also supports China in defending its sovereignty and territorial integrity, Zaki said in a statement.

Meanwhile, political leaders and heads of social organizations from many countries have criticized Pelosi's visit to China's Taiwan region.

In messages addressed to the International Department of the Communist Party of China Central Committee, they said Pelosi's visit was a grave infringement upon China's sovereignty and territorial integrity and a serious breach of international law and the basic principles governing international relations.

Evo Morales, Bolivia's former president and president of the Movement Toward Socialism party, said Pelosi's visit was a political provocation against China and a violation of China's sovereignty and territorial integrity.

Tiong King Sing, president of the Progressive Democratic Party of Malaysia and the Malaysian prime minister's special envoy to China, said Pelosi's visit to Taiwan violated the one-China policy and the three China-US joint communiques, adding that Malaysia will always abide by the one-China policy.

Vlad Batrincea, executive secretary of the Party of Socialists of the Republic of Moldova and deputy speaker of the parliament, said that the dangerous manipulation of the Taiwan question by the U.S. side triggered further escalation and jeopardized global security, adding that Moldova has always supported the one-China policy and sees Taiwan as part of China.

Jimson Tanangada, president of the Ownership, Unity and Responsibility Party of the Solomon Islands, said Pelosi's visit, in disregard of China's strong opposition, violated the basic principles of international law and infringed upon China's sovereignty and territorial integrity.