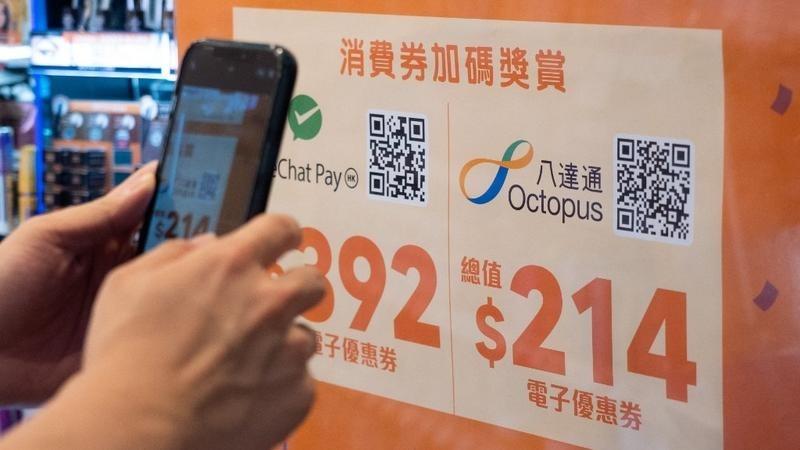 In this Aug 1, 2021 photo, a shopper scans a QR code to redeem a shopping voucher at a mall in Hong Kong, as the first batch of HK$2,000 consumption vouchers were disbursed by the Hong Kong government. (BERTHA WANG / AFP)

In a statement, a government spokesman said that, depending on the categories of the eligible persons and whether they have received a voucher under Phase I, the voucher value disbursed via the six stored value facility (SVF) operators will be either HK$2,000 ($255) or HK$3,000.

Depending on the categories of the eligible persons and whether they have received a voucher under Phase I, the voucher value  disbursed via the six stored value facility (SVF) operators will be either HK$2,000 ($255) or HK$3,000

“The government and SVF operators will closely monitor the usage of the vouchers. If any intended malpractices are identified, the government will take appropriate action, including referring the cases to law enforcement agencies for follow-up,” the statement reads.

For those who have chosen to collect the voucher via AlipayHK, BoC Pay, PayMe from HSBC, Tap & Go or WeChat Pay HK, the voucher was directly disbursed into their specified SVF account, which will be separate from the existing e-wallet in the account, the spokesman said.

When making payment, people only need to open the app and choose to use the voucher and then can pay with the voucher directly, he added. 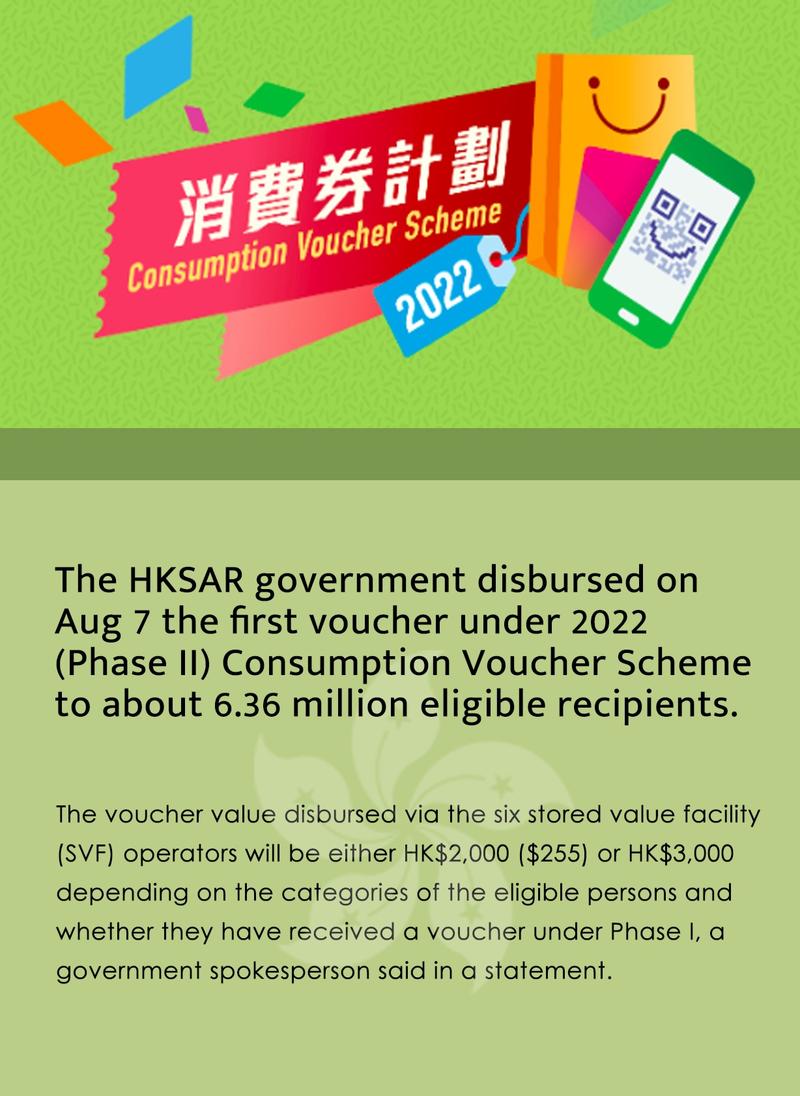 For people who chose Octopus, they may collect the voucher by tapping the card through the Octopus app or at the Subsidy Collection Points of the Public Transport Fare Subsidy Scheme at MTR stations, Light Rail Customer Service Centres, designated piers and public transport interchanges; designated convenience stores and supermarkets or Octopus Service Points.

The spokesman said the voucher will be combined with the existing value stored in the Octopus card.

He reminded recipients that when the total "eligible spending" has reached the target within the specified period, the last HK$1,000 voucher will be disbursed on the 16th of the following month after the target has been achieved.

The consumption vouchers have a wide coverage and  can be used at local retail, catering and service outlets or their online platforms which accept payments by the six designated SVFs.