Some opted for temporary closure. Some relaunched as cafeterias. Hong Kong’s live-music venues have adopted both time-tested and creative strategies to keep their head above the water in the time of a pandemic. Hugo Novales reports. 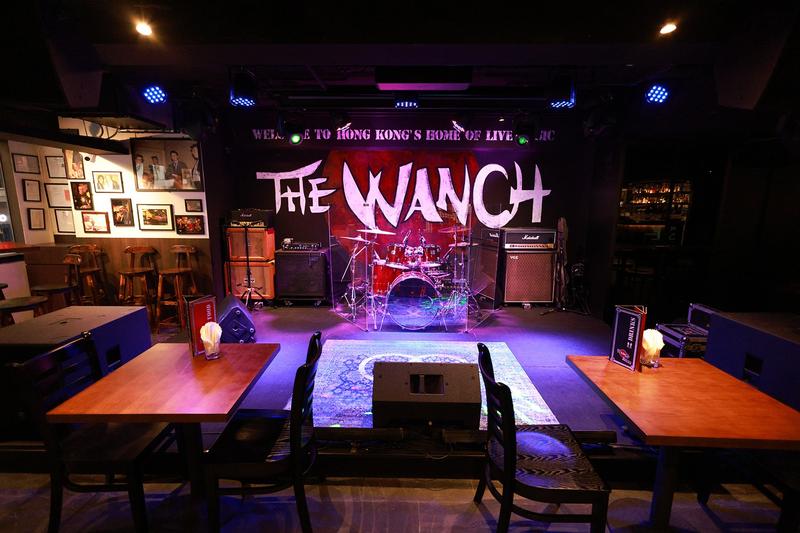 The Wanch, an iconic live-music bar founded in 1987, reinvented itself as a restaurant to keep the business afloat as long as the ban on live music in bars continues in Hong Kong. (ANDY CHONG / CHINA DAILY)

In a quiet corner of Wan Chai’s Jaffe Road, John Prymmer stands by the entrance to the building that houses The Wanch. The well-known live-music bar’s co-owner since 2010, Prymmer greets patrons, checks the temperature reader, and occasionally glances down the street toward the music venue’s former location at No 54, where the old sign still hangs above the sidewalk.

Inside the new premises, patrons are treated to images of live performances from the past. Before COVID-19 struck Hong Kong two and a half years ago, local and international bands used to play at The Wanch practically every night, their new material quickly made or broken on the venue’s tiny stage, with its extreme proximity to the audience.

The new Wanch is much more spacious, with a longer bar and plenty of tables. The stage is bigger too — but empty. Live music, the defining feature of The Wanch, is currently not allowed in Hong Kong.

The local government’s COVID regulations forbid live performances in bars and catering premises. Bands and DJs — and the crowds they attracted — are nowhere to be seen, as a result. 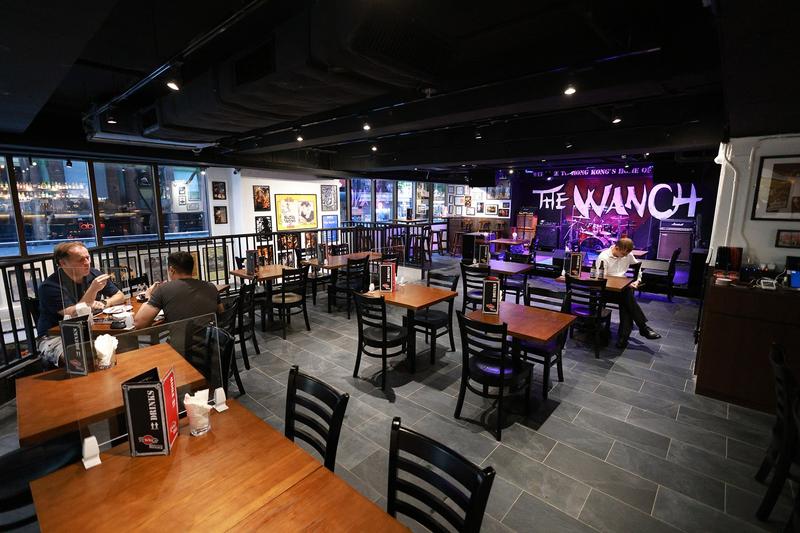 The Wanch, an iconic live-music bar founded in 1987, reinvented itself as a restaurant to keep the business afloat as long as the ban on live music in bars continues in Hong Kong. (ANDY CHONG / CHINA DAILY)

Prymmer thinks the ban won’t be in place for much longer. “I’m cautiously optimistic,” he says.

The Wanch was temporarily closed in August 2020 — a fallout of the combined impact of pandemic-triggered restrictions on live-music venues and Hong Kong’s social-distancing rules. The iconic venue

that has been in business since 1987 reopened at its new 90-92 Jaffe Road location this past May, and began serving lunch and dinner. The staff had never served food before, but this time it was a question of survival. Prymmer says the shift to catering has been instrumental in keeping the business afloat.

“The food’s really been taking off — we’ve got tons of compliments,” he says. “We’ve always prided ourselves at the old Wanch on service, and it’s the same here: making sure the service is top-notch.”

The instruments and amplifiers stand idle, but a screen above the stage plays videos of past performances. Regulars can sit and reminisce while newcomers get a taste of what a night at The Wanch will be like once live music returns to the city.

“You have to stay optimistic,” says Prymmer. “If you’re pessimistic about what’s going on, you might as well sell your business.”

A live performance at Peel Fresco from the pre-pandemic days. (PHOTO PROVIDED TO CHINA DAILY)

In Central’s SoHo district, Peel Fresco, a jazz bar established in 2007, managed to stay open through the pandemic by turning into a takeaway food outlet during the day. However, with hindsight, Sam Weil, an owner since 2012, thinks temporary closure might have been the smarter choice.

“My decision was to keep (Peel Fresco) afloat, to keep the same location, but I think that was a mistake,” he reflects. “We probably should have closed and opened back up because we’ve lost money in the meantime.”

Having to adapt the nighttime atmosphere of Peel Fresco into new concepts posed quite a challenge. The bar’s dark walls and empty stage make it less inviting than some of SoHo’s established cafes and restaurants. However, Peel Fresco has managed to stay in business, thanks to the continued support of longtime patrons.

“We’ve been in the same location for 15 years and we have very faithful customers who come here at night to have drinks,” says Weil. “I’m deeply thankful to them. They’ve enabled us to survive.” 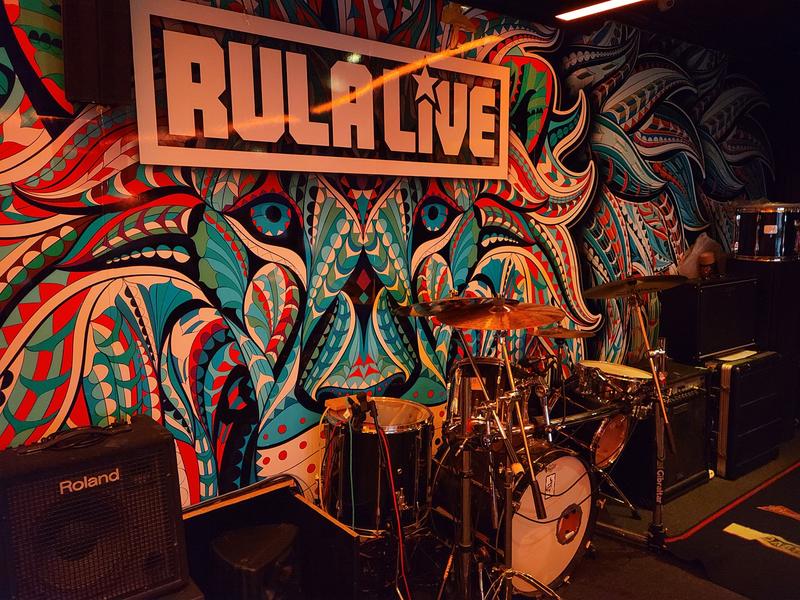 Since the ban on live-music bars came into force, Rula Live has been relying on alcohol deals and beaming sports events from a big screen to attract customers. (PHOTO PROVIDED TO CHINA DAILY)

The Aftermath, an events venue in Upper Central, has taken a different route to staying alive. The space vacated by live music is being used to host art exhibitions, comedy nights and even weddings.

Not too long after its 2018 opening, business was hit by the 2019 protests — the disruption segueing right into the pandemic. The city’s COVID-19 regulations are prolonging The Aftermath’s journey toward financial stability.

Additional revenue comes from online fundraisers plus the sale of merchandise including T-shirts and live-music recordings. Beale hopes these efforts, along with bookings for various events, will carry the business to the end of the pandemic.

“If there’s just a good year when things are open, that’s all I need,” Beale says. 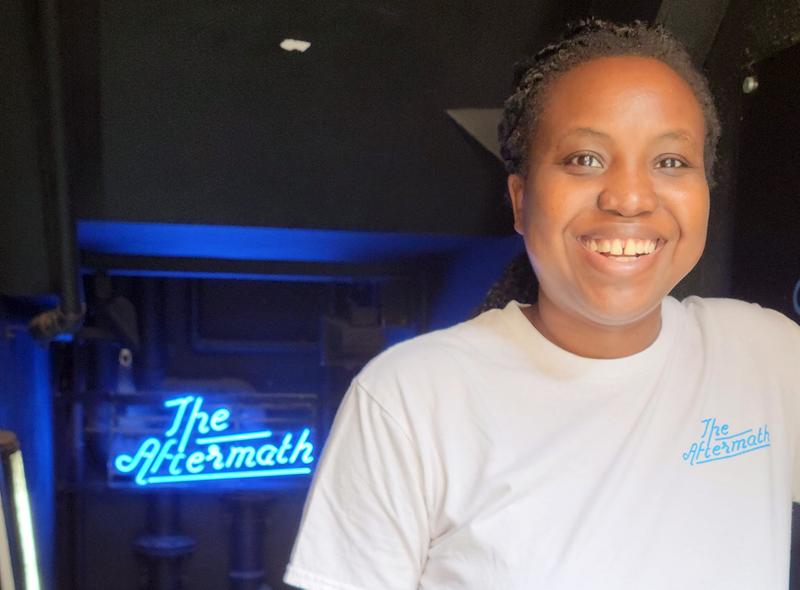 Alicia Beale of The Aftermath is using the venue to host art exhibitions and comedy shows. (PHOTO PROVIDED TO CHINA DAILY)

In the Lan Kwai Fong area, Rula Live began hosting bands and DJs only in 2018 (an evolution from the original Rula Bula, opened in 2013), but the absence of live music over the past two and a half years is keenly felt.

Ravi Beryar, Rula’s managing and operational director, regrets losing the music fans who were his mainstay. “Trying to garner another crowd that’s only coming for alcohol and not live music — that’s a very difficult transition,” he says.

The venue has been testing new strategies to attract customers — including offering more alcohol deals and playing sports programs on a big screen during the day. And yet, for Beryar, all of that creates a bit of an identity crisis. “No matter what other events we do, they’ll never be like live-music events, especially if you’re known as a live-music venue.”

“It’s had a massive domino effect,” he notes. “As careful as the government is trying to be, which is completely understandable, I think they didn’t (reckon on) the extent of the industry.”

The foundation reported that one-third of the 465 music personnel it surveyed have found themselves in debt due to COVID-19-related restrictions. More than half of the respondents had suffered from anxiety and depression over the previous year, while over a third had either left Hong Kong or wanted to leave because of the restrictions. 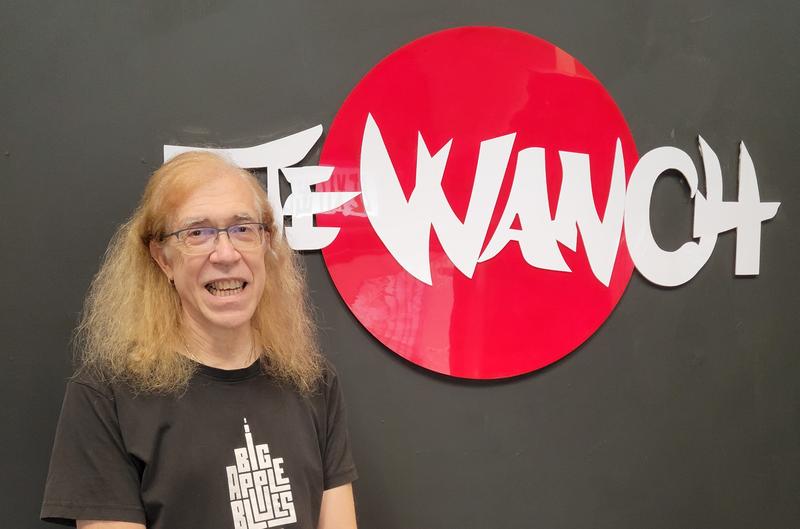 John Prymmer of The Wanch is “cautiously optimistic” about the ban on live music in bars lifting quite soon. (PHOTO PROVIDED TO CHINA DAILY)

Live music’s fans in Hong Kong have also been waiting a long time for their favorite form of entertainment to return.

Conn and Laurie MacGib, English-language teachers from Ireland who have lived in Hong Kong for over a decade, were keen followers of the live-music scene at the bars in Lan Kwai Fong and Wan Chai. They used to plan nights out based on the evening’s lineup and have fond memories of enjoying live Irish music, especially on special occasions such as St. Patrick’s Day.

The couple recently decided to go back home to Ireland for an indefinite stay. Their reasons for the move, among several other significant ones like not having seen their families in over three years, include the absence of live music in the city.

One of the first things the MacGibs are looking forward to doing once they reach Ireland is to check out the nightclub scene. Conn says he won’t even care who’s playing: “Just to be in that atmosphere again is enough.”

If they do return to Hong Kong, perhaps sometime early next year, one of the first things the MacGibs will want to do would be to check out the city’s live-music scene. That, says Laurie, “would definitely be something we’d make sure to do as soon as possible”.