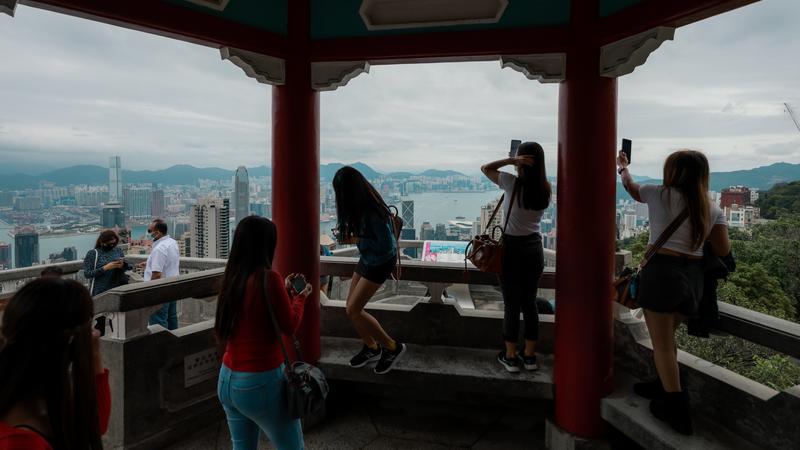 HONG KONG – The number of new COVID-19 cases in Hong Kong crossed the 5,000-mark on Thursday as a cluster was detected at the Wong Tai Sin Hospital, health authorities said.

Chuang Shuk-kwan, head of the communicable disease branch of the Centre for Health Protection, said at a news briefing that the 5,020 new cases comprised 4,773 local infections and 247 imported cases.

The last time the number of infections reached over 5,000 was on April 1, when 5,823 cases were detected.

Chuang Shuk-kwan, head of the communicable disease branch of the Centre for Health Protection, said the Hong Kong Special Administrative Region  government has no plans to tighten social distancing measures

There were also three new elderly deaths on Thursday, bringing the city’s toll during the fifth wave to 9,314.

“The total number of cases is over 5,000..It hasn’t peaked yet so we have to stay on alert. We are worried about the burden on our health system as well,” Chuang said.

She added that the Hong Kong Special Administrative Region government has no plans to tighten social distancing measures.

Lau Ka-hin, chief manager (quality and standards) of the Hospital Authority, said in the same briefing that a cluster was detected at the Wong Tai Sin Hospital after a 94-year-old female patient in its cardio-pulmonary ward was visited by her family on Aug 2.

Since it was a compassionate visit---the patient’s condition was worsening—her family members were allowed to take rapid antigen tests, which showed negative results, before they saw her.

But after the visit, they took nucleic acid tests and the results were positive. The elderly woman and three other female patients in the ward also tested positive.

“We are now investigating the cases. We’re not sure about source of infection since we need to check other staff members and visitors,” Lau said.

He added that the 94-year-old patient passed away and her death was referred to the Coroner’s Court. Her passing will be added in Friday’s toll.

Lau also said that the three deaths reported on Thursday involved two men and one woman aged 76 to 94 years old. They also suffered from underlying ailments, including hypertension and renal impairment.

He added that 1,515 patients were being treated in public hospitals as Thursday, including 172 new cases. Twenty-seven were in critical condition, including seven in intensive care, and 19 in serious condition. 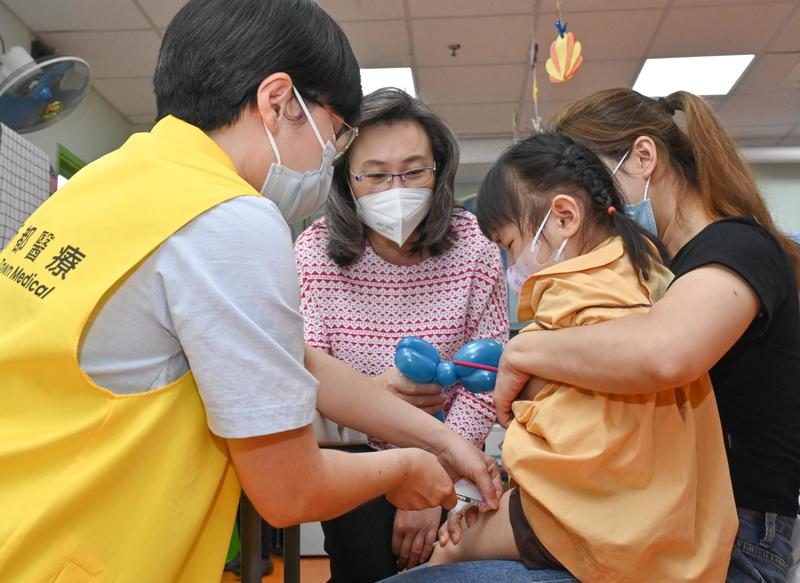 Meanwhile, the vaccination of children aged from 6 months to three years with Sinovac jabs started on Thursday.

Secretary for the Civil Service Ingrid Yeung Ho Poi-yan visited a kindergarten-cum-child care centre in To Kwa Wan to view their inoculation and appealed to parents to arrange the jabs for their children as soon as possible, according to a government statement.

She also visited a Community Vaccination Centre in Kwun Tong, where about 15 children aged under three years old received their shots. According to the HA’s Lau, 92 children were inoculated by noon.