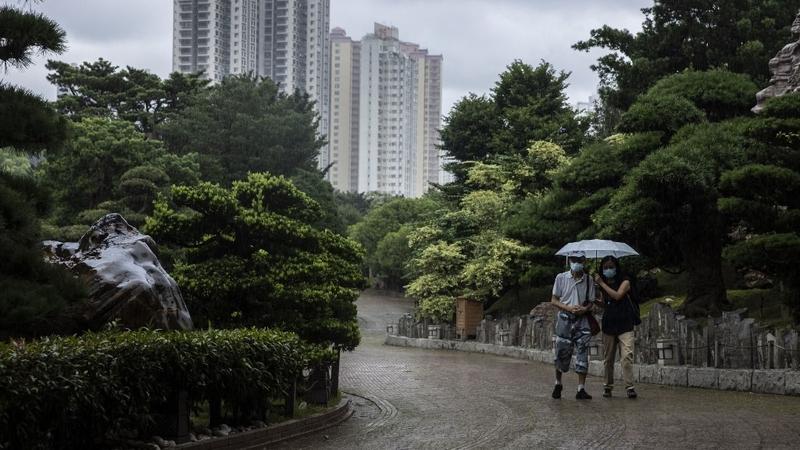 A couple walk through the rain at Nan Lian Garden in Hong Kong on June 2, 2022. (ISAAC LAWRENCE / AFP)

Chuang Shuk-kwan, head of the communicable disease branch of the Centre for Health Protection, said at a news briefing that the new cases comprised 4,321 local infections and 226 imported cases.

Chuang Shuk-kwan, head of the communicable disease branch of the Centre for Health Protection, said at a news briefing that the new cases comprised 4,321 local infections and 226 imported cases

“We have to keep this under observation as to whether it has peaked. It would take some time before we can be certain about it,” Chuang said.

Of the 226 imported cases, 118 were detected at the airport, 68 at quarantine hotels, and 40 after their quarantine.

ALSO READ: HK kids as young as 6 months can get Sinovac jabs from Aug 4

Five schools in Sha Tin, Sham Shui Po, Tuen Mun, Tsuen Wan, and Kwun Tong will suspend some in-person classes for one week due to infections, she added.

Lau Ka-hin, chief manager (quality and standards) of the Hospital Authority, said in the same briefing that the four elderly COVID patients who died included three men and one woman aged 84 to 89 years old.

The 89-year-old woman, who had hypertension, breast cancer, and a heart condition, felt unwell for two days but did not get tested or seek medical attention. She was found unconscious at home yesterday and the doctors at the hospital were not able to revive her.

“This is a reminder to the general public that if you have any discomfort or fever, you should get tested as soon as possible,” Lau said.

He said 1,553 COVID patients were being treated at public hospitals as of Wednesday, including 164 new patients. Twenty were in critical condition, including six in intensive care units, while 24 were in serious condition.

Lau also reminded the public that, starting Thursday, children as young as six months old can get their Sinovac jabs against the coronavirus while those aged 50 and above can have their fourth vaccine shot. 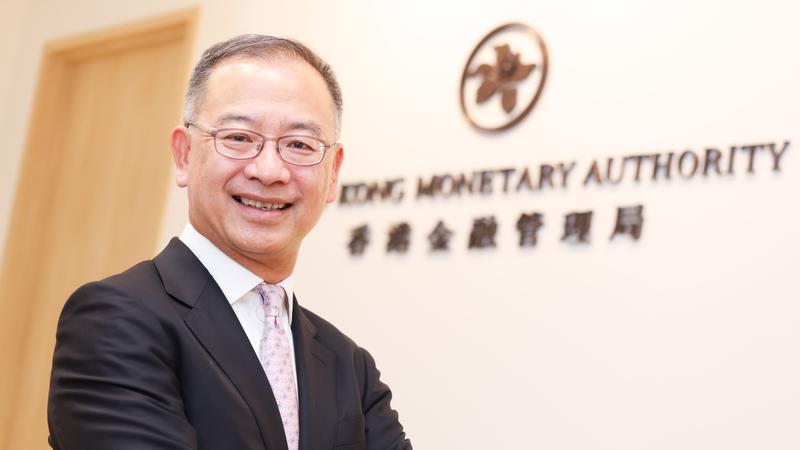 Also on Wednesday, a spokesman for the Hong Kong Monetary Authority said that Chief Executive Eddie Yue Wai-man had tested positive for COVID-19 through a rapid antigen test.

Hong Kong Monetary Authority Chief Executive Eddie Yue last went to work on Aug 1 and he had no recent travel history, a spokesman for the HKMA said

"He is undergoing isolation in accordance with the guidelines of the Centre for Health Protection of the Department of Health," a spokesman for the HKMA said.

Yue last went to work on Aug 1. He wore masks and followed relevant disease prevention measures at work, including rapid antigen tests conducted regularly. He has no recent travel history, according to the spokesman

The HKMA has conducted a thorough cleaning and disinfection at the office concerned. "All staff members have also been reminded to pay attention to personal hygiene and stay vigilant," the spoksaman said.