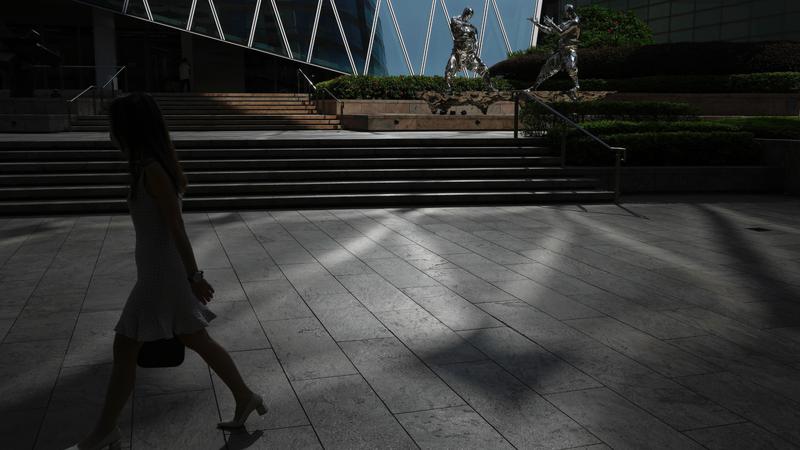 Chuang Shuk-kwan, head of the communicable disease branch of the Centre for Health Protection, said at a news briefing that the new cases included 234 imported infections and 3,889 local cases. Eleven patients passed away, bringing the city’s toll during the fifth wave to 9,307.

Chuang Shuk-kwan, head of the communicable disease branch of the Centre for Health Protection, said at a news briefing that the new cases included 234 imported infections and 3,889 local cases

Chuang said in-person classes at the ELCHK Kin Ming Nursery School will be suspended for one week after 10 pupils and two teachers tested positive. She added that the school has a total of 92 pupils and 17 staff members.

“It’s a very small school and they're very young children..We are concerned that perhaps inside the school there is a transmission chain. That’s why we suggested that school operations should be suspended for one week,” Chuang said.

She said this was the first time that an entire school had to suspend classes due to COVID infections.

Chuang said 383 schools reported 443 students and 109 teaching staff members testing positive on Tuesday. A total of 14 schools had to suspend some classes after each had three or four cases.

Of the 234 imported cases, 142 were detected at the airport, 79 at quarantine hotels, and 13 after quarantine, Chuang said.

Thirty came from India, 26 from the United Kingdom, 22 from the United States, 21 from the Philippines and 18 from Singapore and 15 each from Thailand and Malaysia. The rest were from 40 other countries.

Chuang also said that three residential care homes for the elderly and one care home for people with disabilities reported new cases.

Lau Ka-hin, chief manager (quality and standards) of the Hospital Authority, said at the same briefing that the 11 patients who died included four males and seven females aged 22 months to 96 years old. Only two of them had the required three vaccine jabs.

The youngest was the 22-month-old baby girl who passed away at the Pamela Youde Nethersole Eastern Hospital on Monday while another patient was a 65-year-old man who died after having late-stage lung cancer, Lau said.

He said 1,536 COVID patients were being treated in public hospitals as of Tuesday, including 171 new patients. Sixteen were in critical condition, including six in intensive care, while 28 were in serious condition.