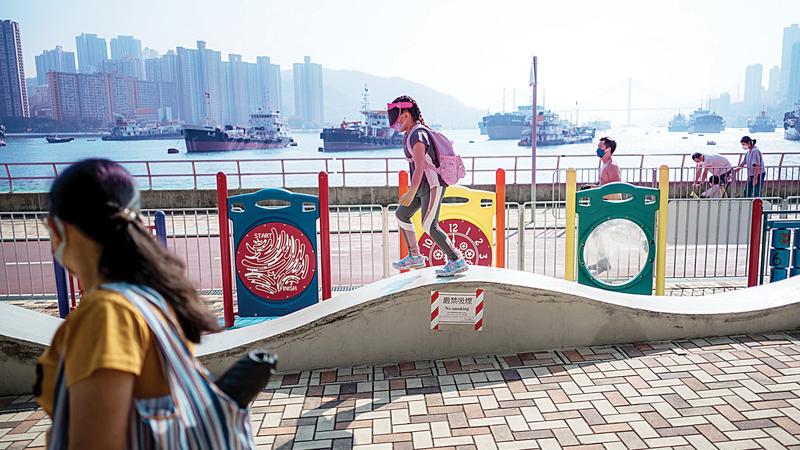 “The pandemic situation remains serious. We have yet to see the daily caseload max out so we will continue to monitor the trend,” Au said.

He said 132 of the imported cases were detected at the airport, 80 in quarantine hotels, and 23 after they finished their quarantine.

A hostel for primary school students in the Southern District reported three more cases, bringing its tally to seven, while a secondary school in Sha Tin had six students from two classes infected after they attended a basketball competition.

Lau Ka-hin, chief manager (quality and standards) of the Hospital Authority, said at the same briefing that the six patients who died included four men and two women aged 52 to 84. They also had underlying diseases, including hypertension, cancer, diabetes, and Hepatitis B.

At least two of them took rapid antigen tests but did not report their positive results or seek medical assistance.

“Subsequently, their condition worsened.. So for anyone who tests positive through RAT, they should report the results so we can arrange their transfer to hospitals,” Au said.

“If any elderly family member of yours tests positive at home, please help them report the positive results online,” he added.

Lau said a 22-month-old baby girl who was being treated at the intensive care unit of Pamela Youde Nethersole Eastern Hospital passed away at 12:56 pm on Monday.

“We are saddened by her passing and we sent our condolences to her family,” he said, adding that her case was referred to the Coroner’s Court.

Lau said an infected 35-month-old boy is being monitored at the ICU of Princess Margaret Hospital after he had convulsions, but his condition is now stable.

A total of 1,525 confirmed patients were being treated in public hospitals as of Monday, including 168 new patients, Lau said.

Twenty-three of them were in critical condition, including 11 in intensive care, and 24 in serious condition, he added.

He added that those who have to stay in hospitals for a long time to take care of pediatric patients should also undergo two nucleic acid tests every week.