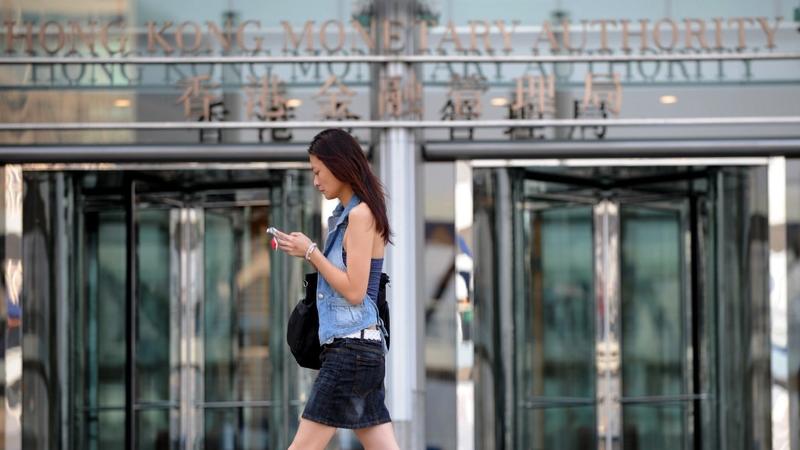 HONG KONG - The Hong Kong Monetary Authority on Thursday raised its base rate charged through the overnight discount window by 75 basis points to 2.75 percent, hours after the US Federal Reserve delivered a rate hike of the same margin.

But he stressed that the city's banking system remains strong. The average loan-to-value ratio of newly approved mortgages is around 50 percent while the average debt-to-income ratio of homebuyers is just 37 percent, according to Chan.

This general view shows residential and commercial buildings in the Causeway Bay district of Hong Kong Island in Hong Kong on May 14, 2021. (ANTHONY WALLACE / AFP) 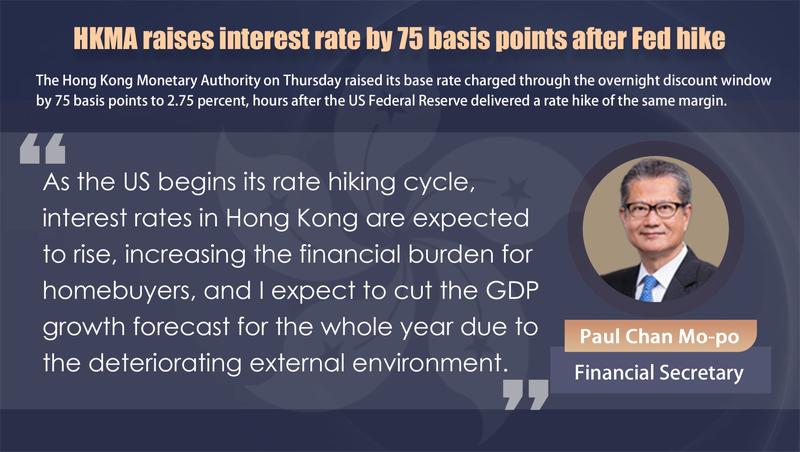 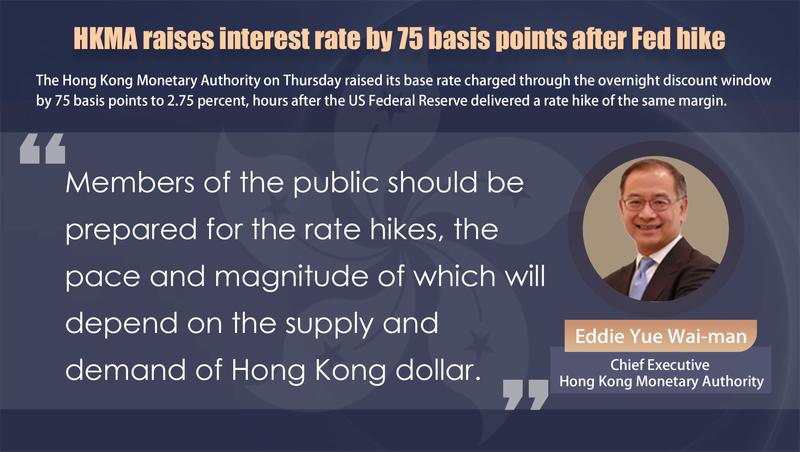 Yue said local commercial banks may also adjust their deposits and lending rates in the near future and that the public should assess rate hike risks when making investment decisions.

But he stressed that US' rate hikes would not affect Hong Kong's monetary and financial systems, which have been operating in an orderly manner.

HSBC Holdings said on Thursday it would leave its best lending rate in Hong Kong unchanged at 5 percent.

Hong Kong tracks US interest rate moves because its currency is pegged to the US dollar, although banks in the global financial hub have some leeway to lag US moves when setting prime rates.

As for Hong Kong's economy, the finance chief said he expects to cut the GDP growth forecast for the whole year due to the deteriorating external environment.

"Though we expect to see a stronger growth in the second half than the first, it is unavoidable for us to cut the whole-year forecast for this year," Chan said, adding that details will be announced in mid-August.

The Federal Reserve raised the benchmark overnight interest rate by three-quarters of a percentage point. The move came on top of a 75 basis point hike last month and smaller moves in May and March, as the Fed stepped up efforts to cool inflation.

Fed Chairman Jerome Powell told a news conference following the rate announcement that he did not believe the US economy is currently in a recession but that it is softening.