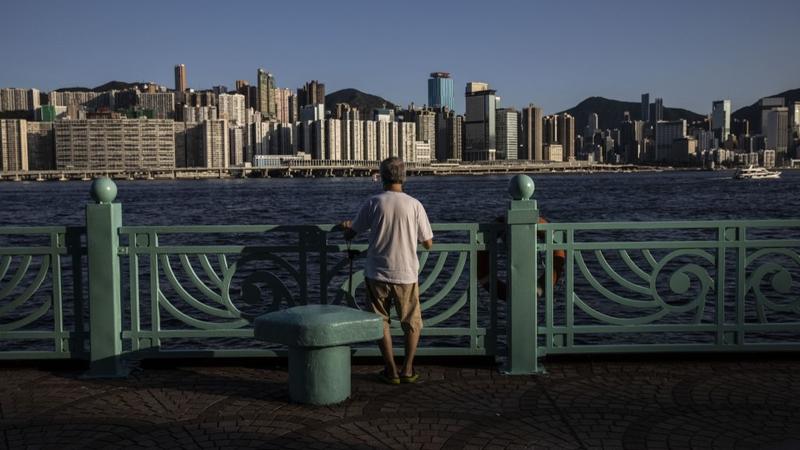 The new cases comprised 301 imported infections and 3,975 local cases, Chuang Shuk-kwan, head of the communicable disease branch of the Centre for Health Protection, said in a news briefing.

Sixty-six of the imported cases came from the United Kingdom, 35 from the United States, 28 from Thailand, 25 from Singapore, 18 from Australia,16 from the Philippines, and 11 from South Korea

“The number of confirmed cases has been rising gradually. We haven’t seen any sign of decline," Chuang said.

She noted that a “significant portion” of recent deaths involved elderly persons staying at home but were unvaccinated.  She urged their relatives to have them vaccinated as soon as possible as their condition could deteriorate rapidly if they get infected.

“We have been fighting COVID for a long time…we are not in a position to further relax social distancing measures. We appeal to the public to be cooperative,” Chuang said.

She said 182 of the 301 imported cases were detected at the airport, 92 at quarantine hotels, and 27 after they finished quarantine.

Sixty-six came from the United Kingdom, 35 from the United States, 28 from Thailand, 25 from Singapore, 18 from Australia,16 from the Philippines, and 11 from South Korea, Chuang added.

Eleven of these schools had to suspend an individual in-person class for one week due to the infections but no major outbreak was detected, she added.

Gladys Kwan, Chief Manager (Clinical Effectiveness and Technology Management) of the Hospital Authority, said at the same briefing that six infected persons--three men and three women aged 84 to 97 years old--passed away, bringing the city's toll during the fifth wave to 9,265. Five of them had chronic diseases like hypertension, diabetes, and dementia.

The sixth patient had no underlying disease and tested positive on July 12. Five days later, she had shortness of breath, fainted on the street, and passed away after she was brought to the hospital, Kwan said.

She said 1,425 COVID patients were being treated at public hospitals as of Tuesday, including 175 new patients.

Thirty-one were in critical condition, including seven in intensive care, while 17 were in serious condition, Kwan added.

The measures, effective from July 28 to Aug 10, allow all catering premises and scheduled premises to continue to operate subject to strict compliance with the requirements, including the use of the Vaccine Pass and the "LeaveHomeSafe" app, according to an official press release. 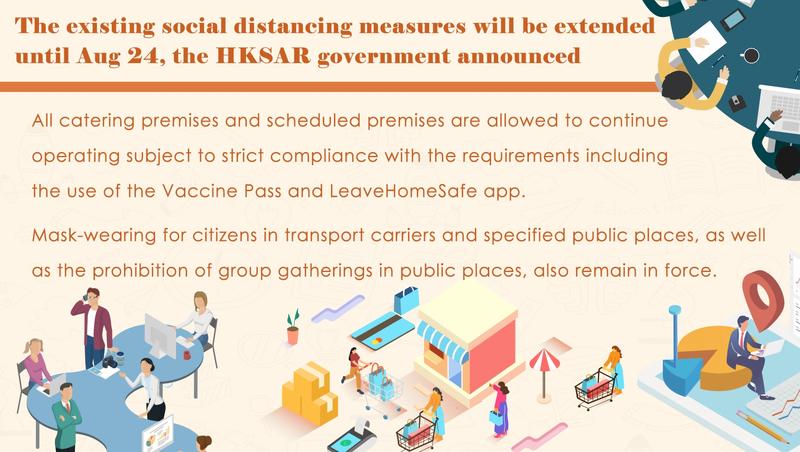 Requirements such as mask-wearing for residents in transport carriers and specified public places, as well as the prohibition of group gatherings in public places, also remain in force.

Secretary for Environment and Ecology Tse Chin-wan and members of the Working Group on air change or air purifiers in catering premises also visited on Monday night a Kwun Tong hotpot restaurant that earlier had an outbreak, according to a government statement.

The Working Group suggested to the operator that, besides enhancing the restaurant’s fresh air and exhaust systems, these should also be routinely inspected and repaired.

"The Working Group has been maintaining communication with the trade in a professional manner, and provided valuable advice for the successful implementation of the ventilation requirement in dine-in catering premises,” Tse said. 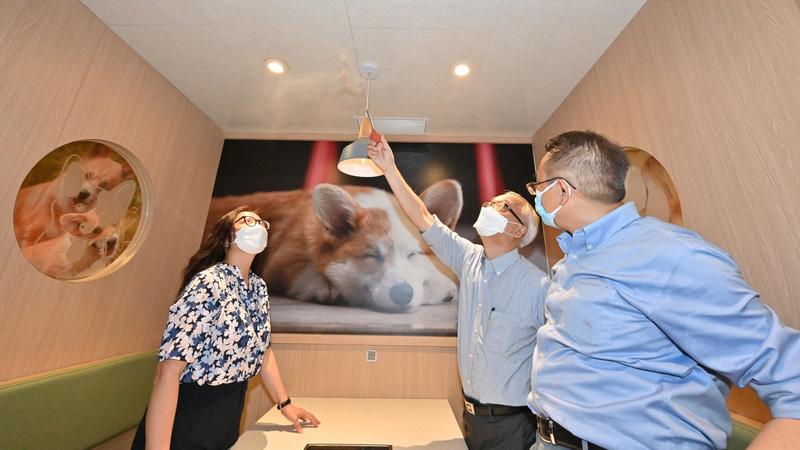 Secretary for Environment and Ecology Tse Chin-wan (center), Chairman of the Working Group Yuen Pak-leung (right), and Director of Food and Environmental Hygiene Irene Young Bick-kwan view the ventilation system of a hotpot restaurant in Kwun Tong that earlier had an outbreak on July 25, 2022. (PHOTO / HKSAR GOVERNMENT)

Chairman of the Working Group Yuen Pak-leung said that, from May to July 22 this year, 462 out of city’s 18,000 catering premises were issued compulsory testing notices and 15 had outbreaks.

“Most of the cases involved failure to execute air change measures (including switching on, operating, repairing or maintaining relevant systems and equipment) properly, and there could be other contributing factors (such as whether social distancing measures had been strictly observed or not) as well,” Yuen said.