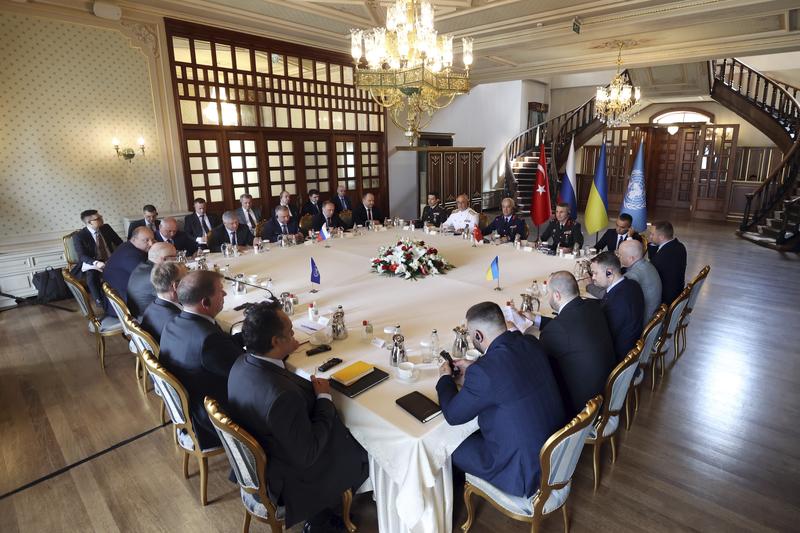 In this handout photo provided by the Turkish Defence Ministry, Russian, top left, and Ukranian, right, delegations meet along with United Nation observers, left, and Turkish Defence Ministry members in Istanbul, Turkey on July 13, 2022, as they tried to reach an agreement on a UN plan to export Ukrainian grain to world markets through the Black Sea. (TURKISH DEFENSE MINISTRY VIA AP)

KYIV/UNITED NATIONS – Ukraine and Russia have made some progress regarding the talks on grain exports in Istanbul that also involved representatives of Turkey and the United Nations, the Ukrainian president said on Wednesday.

“The Ukrainian delegation informed me that there is some progress. We will agree on the details with the UN secretary-general in the coming days," Volodymyr Zelensky was quoted as saying by his press service.

Ukraine is making significant efforts to restore the supplies of food to the global market, he said.

Earlier in the day, delegations from Ukraine, Russia and Turkey met with a UN delegation in Istanbul to find ways to export Ukrainian grain from Ukraine's Black Sea ports to the global market.

UN Secretary-General Antonio Guterres on Wednesday hailed what he called "substantive progress" in ensuring the export of Ukrainian food products through the Black Sea.

“Today in Istanbul, we have seen a critical step forward to ensuring the safe and secure export of Ukrainian food products through the Black Sea," he told reporters at the UN Headquarters in New York.

Saying that more technical work will be needed to materialize the progress, he thanked the Turkish government for its outstanding efforts to convene the talks and its critical role going forward. He thanked Russian and Ukrainian officials for their constructive engagement.

"The United Nations pledges to do our full part to support the follow-up."

There was substantive agreement on many aspects, mainly the questions related to the mechanisms of control, to the system of coordination, and to demining, he said. 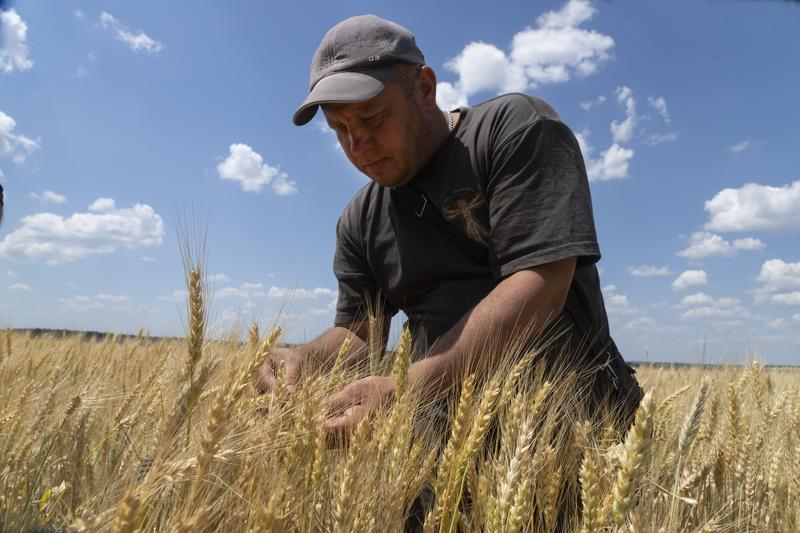 The UN chief would not predict how soon a final agreement will be reached. "We are hoping that we'll be able to reconvene very soon – I'm sure next week – and hopefully we'll be able to have a final agreement. But as I said, we still need a lot of goodwill and commitment by all parties. They have shown it. I'm encouraged. I'm optimistic. But it's not yet fully done."

"But I do not see immediately the perspective of a peace agreement. I think in any case, this demonstrated that the parties are able to have a constructive dialogue. And this is, of course, very good news. But for peace, we still have a long way to go,” said the UN chief.