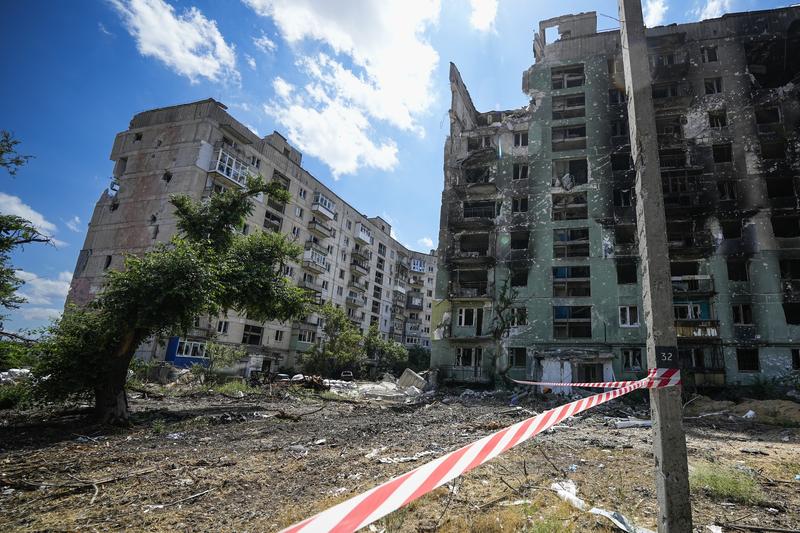 Apartment buildings damaged during fighting between Russian and Ukrainian forces stand in Severodonetsk, in the territory which is under control of the Government of the Luhansk People's Republic, in eastern Ukraine, July 12, 2022. (PHOTO / AP)

KYIV – Ukraine has become an associate member of the Multilateral Interoperability Program (MIP), which coordinates technological cooperation of the armies of NATO member states, the country’s defense minister said on Tuesday.

“Ukraine has strong IT (Information Technology) potential and it is a worthy NATO ally. I am sure that we will bring our expertise to the development of collective security," Oleksiy Reznikov was quoted as saying by the Defense Ministry's press service.

According to the ministry, the associate membership in the MIP gives Ukraine the right to join the development and introduction of key NATO standards related to the interaction of combat control systems and related practices.

The MIP is a program of technological cooperation between the Armed Forces of NATO member states, which was established at the level of national developers of combat control information systems and aims to achieve interoperability of national C2IS systems.