AstraZeneca virus vaccine trial in US 'on hold pending scrutiny' 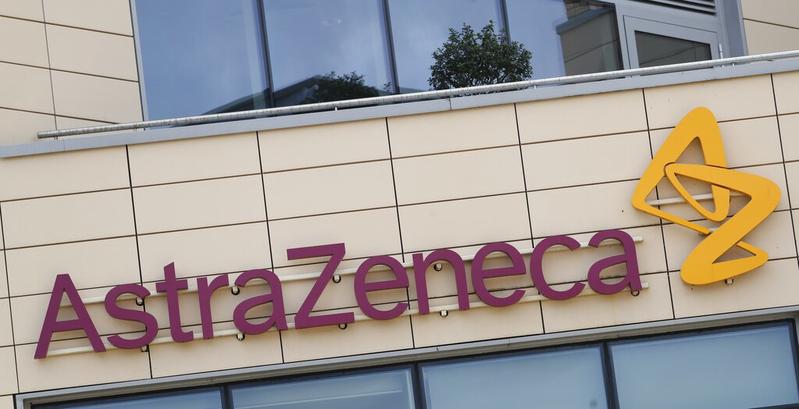 RIO DE JANEIRO / PARIS / MILAN / LONDON / CHICAGO / COPENHAGEN - AstraZeneca’s COVID-19 vaccine trial remains on hold in the United States pending a US investigation into a serious side effect in Britain even as other trials of the vaccine resume, sources familiar with the details told Reuters.

The drugmaker and its partner, the University of Oxford, restarted the UK trial of the vaccine on Saturday after it was halted on Sept 6. The UK Medicines Health Regulatory Authority recommended the study resume after an independent review of the safety data had triggered the pause.

Sources told Reuters that enrollment of new patients and other trial procedures for the pivotal US trial were being rescheduled until at least midweek and that it was not clear how long it would take for the US Food and Drug Administration (FDA) to complete its probe.

AstraZeneca and the FDA didn’t immediately respond to requests for comment.

The status of the South African and Indian trials remains unknown, but the trial in Brazil has also restarted. The Federal University of Sao Paulo, which is running the trials in Brazil, said in a statement that 4,600 of the planned 5,000 volunteers have been vaccinated in Brazil without any of them reporting any serious health issues.

Health ministers, high-level representatives of all 53 member states of the World Health Organization (WHO) European Region and partner organizations, as well as representatives from civil society, gathered online on Monday to discuss major health issues, pledging solidarity in response to COVID-19 crisis.

According to WHO Director-General Tedros Adhanom Ghebreyesus, the average daily number of confirmed COVID-19 cases in the region is now higher than it was during the first peak in March. "Fortunately, the number of deaths appears to be remaining at a relatively low level, for now," he noted.

Stella Kyriakides, European Commissioner for Health and Food Safety, reiterated: "We have stood next to WHO at every step of the way and we will continue to do so." Her comment was echoed by speakers from the WHO Regional Committee for Europe member states.

WHO Europe members and partners were unanimous in working together for a vaccine against COVID-19 and thanked the regional office for its COVID-19 response.

"We need to join forces. Whether it is in utilizing and promoting existing vaccines; fighting disinformation and vaccine hesitancy, or in our efforts to develop a vaccine to fight the coronavirus globally," Kyriakides said.

According to Kyriakides, the European Union (EU) has committed 400 million euros (about US$475 million) to COVAX Facility, the vaccines pillar of the Access to COVID-19 Tools Accelerator, to ensure vaccines for low- and middle-income countries.

Brazil’s chief justice has tested positive for CVOID-19, less than a week after taking the top position on the country’s Supreme Court.

Luiz Fux will be isolated at home for 10 days, during which he “intends to conduct the session of the virtual plenary on Wednesday,” his press office said in a statement Monday. He may have contracted the virus at a family lunch, according to the statement.

France reported more than 6,000 new coronavirus cases on Monday, down from the previous day’s figure, as Bordeaux and Marseille announced stricter measures to control the pandemic.

The hospitalizations figure shot up by 251 on Monday, the largest daily increase since April 14, while the number of people in intensive care units passed the 700 threshold for the first time since June 22 to stand at 712.

Amid the surge in cases, Bordeaux and Marseille both imposed stricter curbs, including lowering the the number of visitors allowed at care homes.

Bordeaux said the limit for outdoor public gatherings will be lowered to 1,000, while bars and restaurants will be shut down unless social-distancing rules are observed strictly.

In Marseille, single groups of more than 10 people sunbathing on beaches and parks are now banned, and school trips and student parties suspended, the head of the Provence-Alpes-Cote d'Azur region said. The measures apply until Oct 1. A mandatory order to wear masks in public spaces indoors and outside in Marseille was also extended to 26 surrounding districts.

Portugal on Monday reported 613 new cases in a day, taking the total to 64,596, the government said. The country has had more than 600 daily new confirmed coronavirus cases in four of the last six days.

Of the new cases reported today, only 10 percent are people who are more than 70 years old, the age group in which there’s greater risk of complications from Covid-19, Secretary of State for Health Antonio Lacerda Sales said at a press conference in Lisbon on Monday.

A group of scientists sent a formal letter to the Lancet on Monday outlining doubts about the accuracy of early data on Russia's COVID-19 vaccine, one of the authors said, adding further fuel to a dispute surrounding the "Sputnik-V" shot.

The official letter came days after a larger group of scientists - including the 15 - signed an open letter to the Lancet's editor, published on Bucci's personal blog, after the journal published the early-stage trial results from Moscow's Gamaleya Institute. They said they found patterns in the Phase I/II data, which was peer-reviewed in the journal, that looked "highly unlikely", with multiple participants reporting identical antibody levels.

"The published results are authentic and accurate and were examined by five reviewers at The Lancet," Denis Logunov, a deputy director at the institute, said in a statement. He said his institute submitted the entire body of raw data on the trial results to The Lancet.

Researchers are beginning the first study of whether two of the UK’s experimental COVID-19 vaccines can be inhaled, a possible way of raising their ability to prevent the airborne infection.

The study will compare vaccine candidates from Imperial College London and the University of Oxford delivered by inhalation through the mouth, according to a statement Monday. The hope is that targeting cells in the lining of the lungs will induce a more effective immune response.

The drug will be given to hospitalized patients in the Recovery trial and assessed for all-cause mortality against those receiving the usual standard of care, Regeneron and the University of Oxford, which is running the trial, said in a statement Monday. The researchers will also look at length of hospital stay and need for ventilation.

Public Health England also said nine additional deaths had been reported, taking the UK toll since the start of the pandemic to 41,637.