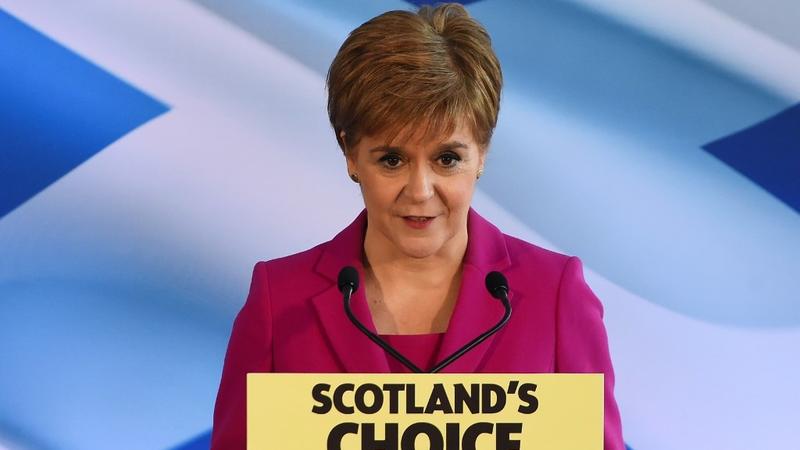 LONDON - Scottish First Minister Nicola Sturgeon said Tuesday that a fresh referendum on Scotland's independence from the United Kingdom will be held on Oct 19, 2023. The first independence vote in 2014 failed to pass.

Sturgeon said Scotland's top law official would refer the provisions of the referendum bill to the UK's Supreme Court on Tuesday afternoon. She will also write to British Prime Minister Boris Johnson to inform him of her plans.

"What I am not willing to do, what I will never do, is allow Scottish democracy to be a prisoner of Boris Johnson or any prime minister," she told lawmakers in the devolved Scottish Parliament.

In the first referendum on independence in 2014, 55 percent of Scottish voters chose to remain part of the UK

"My determination is to secure a process that allows the people of Scotland, whether yes, no or yet to be decided, to express their views in a legal, constitutional referendum so the majority view can be established fairly and democratically," she added.

In the first referendum on independence in 2014, 55 percent of Scottish voters chose to remain part of the UK. Sturgeon's pro-independence Scottish National Party believes a new referendum is needed due to "a material change of circumstances," namely Britain's departure from the European Union (EU). A majority of Scots oppose leaving the EU.

Sturgeon said that if Johnson's government refuses to give permission for another independence referendum, and if the UK's Supreme Court decides that the Scottish parliament could not hold such a vote without the prime minister's consent, she will fight the next general election on the single issue of Scotland's independence.

In response, a spokesperson for Johnson said: "Our position remains the same, that now is not the time to be talking about another referendum."

"A decision has been taken by the first minister so we will carefully study the details of the proposal and the Supreme Court will now consider whether to accept the Scottish government's Lord Advocate's referral," the spokesperson added.