Tokyo heatwave worst since 1875 as power supply creaks under strain 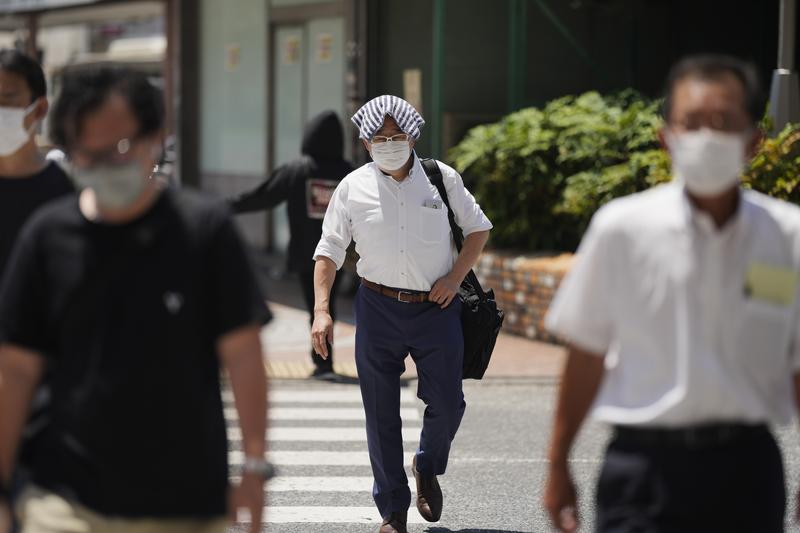 A man with his handkerchief on his head walks across an intersection in Tokyo, June 27, 2022. The Japanese government warned of possible power shortages Monday in the Tokyo region, asking people to conserve energy as the country endures an unusually intense heat wave. (HIRO KOMAE / AP)

A high of 36 C was predicted for Tokyo on Tuesday, after three successive days of temperatures topping 35 C - the worst streak of hot weather in June since records began in 1875.

A high of 36 C was predicted for Tokyo on Tuesday, after three successive days of temperatures topping 35 C - the worst streak of hot weather in June since records began in 1875

Cases of hospitalization from heatstroke rose early in the day, with many in the capital continue to flout government advice by continuing to wear face masks outdoors - a legacy of more than two years of the COVID-19 pandemic.

For a second day, authorities asked consumers in the Tokyo area to conserve electricity to avoid a looming power cut. The heatwave comes less than two weeks before a national election in which surging prices - including electricity - are rated the top concern for voters in opinion polls that show the government's approval rating slipping.

As of 9:00 am local time (0000 GMT), 13 people had been taken to hospital with suspected heatstroke, Fuji News Network said. At least two people are believed to have died from heatstroke, media said, prompting authorities to moderate their calls for power saving.

"Apparently there are some elderly people who have turned off their air conditioners because we are asking people to save energy, but please - it's this hot - don't hesitate about cooling off," trade and industry minister Koichi Hagiuda told a news conference. 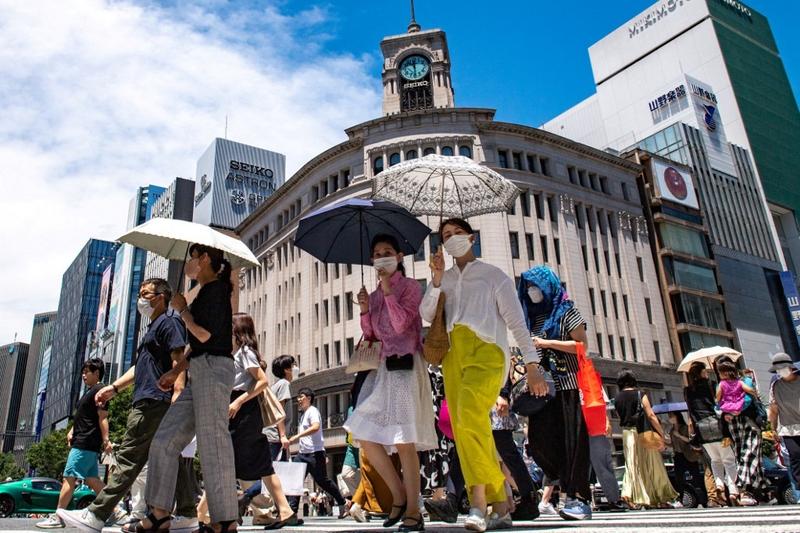 The government warned on Monday that reserve generating capacity could drop below 5 percent on Tuesday afternoon, close to the minimum of 3 percent that ensures stable supply, in Tokyo and eight surrounding prefectures. Reserve capacity below 3 percent risks power shortages and blackouts.

Government offices on Monday - including the Ministry of Economy, Trade and Industry (METI) - turned off some lights in the afternoon and evening, with METI halting use of 25 percent of elevators in its building.

Around 21 percent of respondents to a Yahoo Japan survey said using air conditioners helped them beat the heat, with staying hydrated in the top slot at 53 percent. Only 12 percent said they had stopped wearing face masks despite government guidelines that they no longer need to be worn outside.

Though expected to do well in the July 10 election for the upper house of parliament, Prime Minister Fumio Kishida's ruling party faces headwinds from rising prices, worsened by a slide in the value of the yen that makes imports more costly.

The Kishida cabinet's approval came to 50 percent in a voter survey conducted by public broadcaster NHK on June 24-26, down from 55 percent last week. 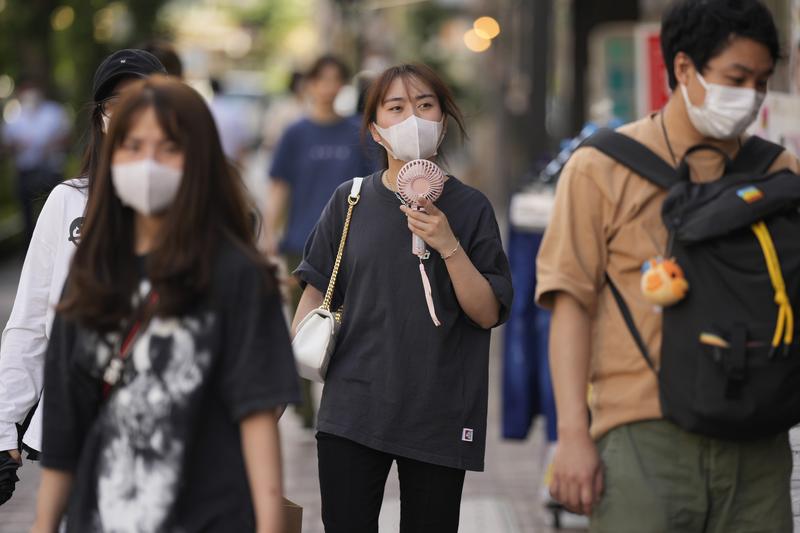 A woman uses a portable electric fan while strolling down the street with her friends in Tokyo, June 27, 2022. (HIRO KOMAE / AP)