US 'should be held responsible' for creating 'debt trap' 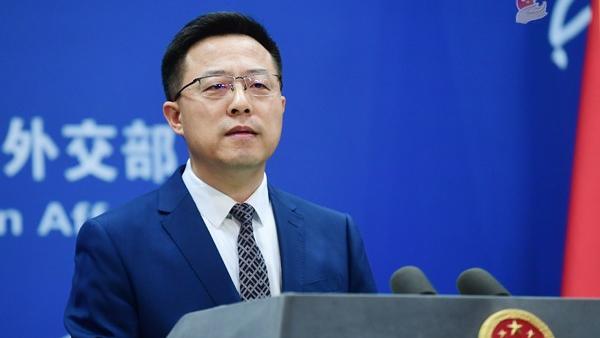 BEIJING - Chinese Foreign Ministry spokesperson Zhao Lijian on Monday said that, to call China-proposed Belt and Road Initiative a debt trap is a false narrative, and it is the United States that should be held responsible for creating the "debt trap."

Chinese Foreign Ministry spokesperson Zhao Lijian stressed that, for nine years since its inception, the Belt and Road Initiative has followed the principle of extensive consultation, joint contribution and shared benefits and delivered tangible benefits to partner countries and their peoples

Zhao made the remarks at a daily news briefing when responding to US accusations against BRI.

"To call the BRI a debt trap is a false narrative," said Zhao.

He stressed that, for nine years since its inception, the BRI has followed the principle of extensive consultation, joint contribution and shared benefits and delivered tangible benefits to partner countries and their peoples.

According to World Bank forecast, if all BRI transport infrastructure projects are carried out, by 2030, the BRI will generate $1.6 trillion of revenues for the world, or 1.3 percent of global GDP. Up to 90 percent of the revenues will go to partner countries, said Zhao.

The BRI could contribute to lifting 7.6 million people from extreme poverty and 32 million from moderate poverty from 2015 to 2030, he said.

"In fact, no BRI partner has agreed to the so-called 'debt trap' accusation. Rather, it is the United States that should be held responsible for creating the 'debt trap'," said the spokesperson.

Zhao said that the US's expansionary monetary policies, financial innovation with lax supervision and ill-intended short-selling are weighing down developing countries with debt burden and the very reason some countries have fallen into the debt trap.

With regard to the new initiative put forward by G7, China always welcomes initiatives that promote global infrastructure. Such initiatives do not have to cancel each other out, Zhao said.

ALSO READ: Zhao: US spreads disinformation about China on Ukraine

"What we oppose is moves to advance geopolitical calculation and smear the BRI in the name of promoting infrastructure development," he added.

"I also noticed that a year ago, it was also at a G7 Summit that the United States put forward the B3W Initiative. The United States committed then to developing global infrastructure in a different way from the BRI. Whether it is B3W or any other initiative, the world wants to see real investment and projects that will truly deliver for the people," Zhao said.