China to offer 50m yuan of emergency aid to Afghanistan 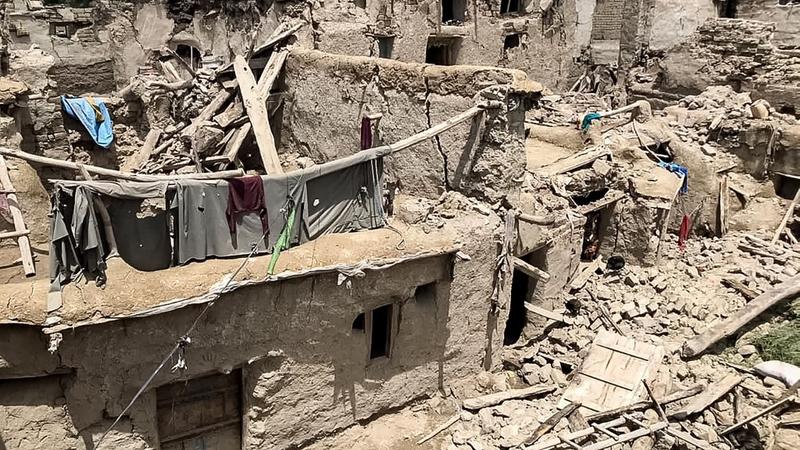 BEIJING - After the earthquake disaster in Afghanistan, the Chinese government has decided to provide 50 million yuan ($7.46 million) of emergency humanitarian assistance to Afghanistan, a Chinese Foreign Ministry spokesperson said on Saturday.

Aid provided by China will include tents, towels, folding beds and other materials urgently needed by the Afghan people, said Chinese Foreign Ministry spokesperson Wang Wenbin. The first batch of aid is scheduled to be shipped by charter flight on June 27

Spokesperson Wang Wenbin made the remarks in response to a query on the progress of China's emergency humanitarian assistance to Afghanistan.

The earthquake that struck Afghanistan Wednesday is the most serious to hit the country in more than 20 years. It has caused at least 1,500 deaths and more than 2,000 injuries, and destroyed more than 3,000 houses, Wang said. The number of casualties continues to rise.

Aid provided by China will include tents, towels, folding beds and other materials urgently needed by the Afghan people, he said. The first batch of aid is scheduled to be shipped by charter flight on June 27.

In the next step, China will coordinate closely with the Afghan interim government to ensure that relief supplies are delivered to those in need as soon as possible, and to help the Afghan people tide over their current difficulties, Wang said.

"We firmly believe that with the concerted efforts of the Afghan interim government and people from all walks of life, and with the help of the international community, the people in the affected areas will be able to prevail over this blow at an early date, accelerate the reconstruction of their homes and resume normal production and life," he added.