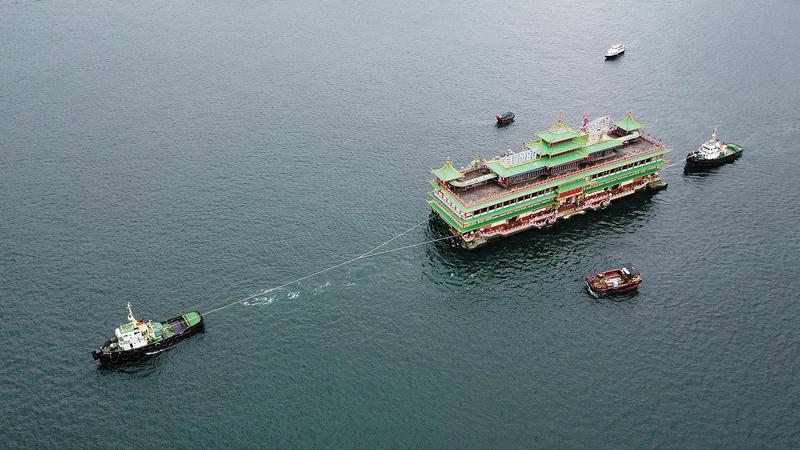 Hong Kong’s iconic Jumbo Floating Restaurant departs Hong Kong on Tuesday. The restaurant’s operating license will expire this month. Restaurant owner Jumbo Kingdom said the company had failed to secure a new operator for the 46-years-old restaurant, which closed in March 2020 because of the COVID-19 pandemic. (CALVIN NG / CHINA DAILY)

The capsized floating restaurant Jumbo and "JAEWON 9” — the tugboat that was towing it — are still in the waters of Xisha Island, said the Marine Department of Hong Kong Special Administrative Region Tuesday night.

The restaurant built on a 4,200-square-meter vessel was being towed to Southeast Asia when it sank in South China Sea on Sunday after encountering adverse weather conditions, according to its owner Aberdeen Restaurant Enterprises.

The Marine Department said it had not received any notification from the ship owner prior to news reports pouring in about Jumbo's sinking.

At the request of the Marine Department, an agent of Aberdeen Restaurant Enterprises submitted a written reply over the incident.

“The ship owner will continue to follow up on the incident,” read the Marine Department statement.

The seafood restaurant, built in imperial palace style on a massive vessel in Hong Kong's Aberdeen harbor, started operation 1976. As one of the city’s best-known tourist attractions, Jumbo has received visitors including Queen Elizabeth II and Hollywood star Tom Cruise. 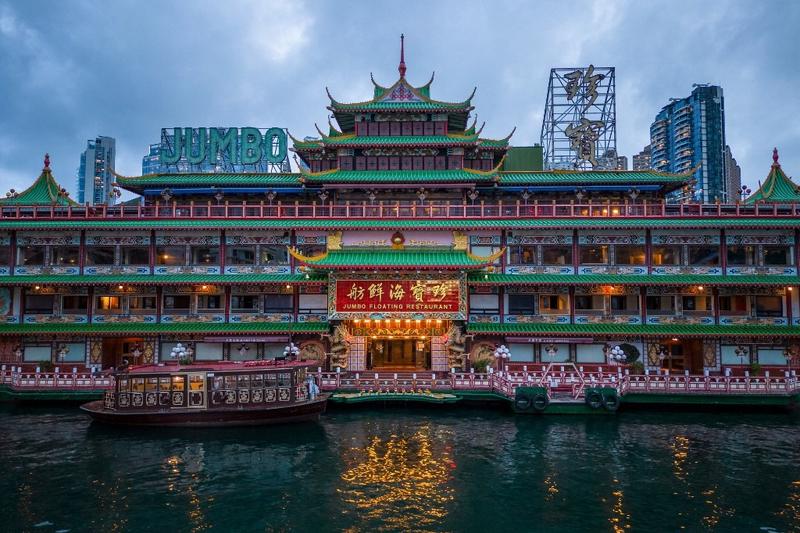 This file photo taken on June 2, 2022 shows the Jumbo Floating Restaurant located in the typhoon shelter near Aberdeen on the south side of Hong Kong island. (DANIEL SUEN / AFP)

It has been featured in films including as Jackie Chan’s 1985 action thriller The Protector, the widely acclaimed Infernal Affairs II in 2003 and Contagion — Steven Soderbergh's 2011 film on global pandemic.

The restaurant ceased operations since early 2020 as the COVID-19 outbreak stemmed tourist flow to Hong Kong.

Aberdeen Restaurant Enterprises said it suffered an accumulated loss in excess of HK$100 million, forcing the shareholders to abandon its operation. 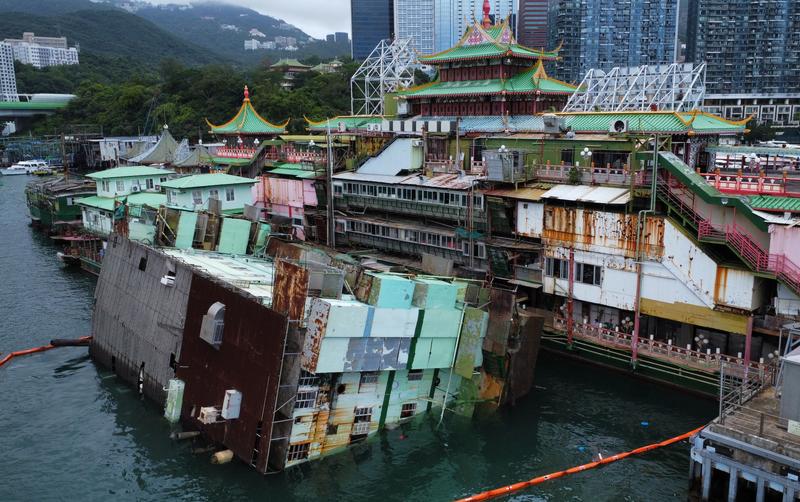 The kitchen boat next to the Jumbo Floating Restaurant lists on its side after taking in water, Hong Kong, June 1, 2022. (CALVIN NG / CHINA DAILY)

A lack of maintenance has also caused a 30-meter kitchen flotilla to list on its side early this month.

Jumbo was towed away from its home in Aberdeen harbor on June 14.

Aberdeen Restaurant Enterprises said marine engineers have inspected its conditions and the company has obtained all relevant approvals beforehand, adding that it is seeking further information about its sinking from the towing company.