Aid trickles in to Afghan quake zone, toll at 1,000 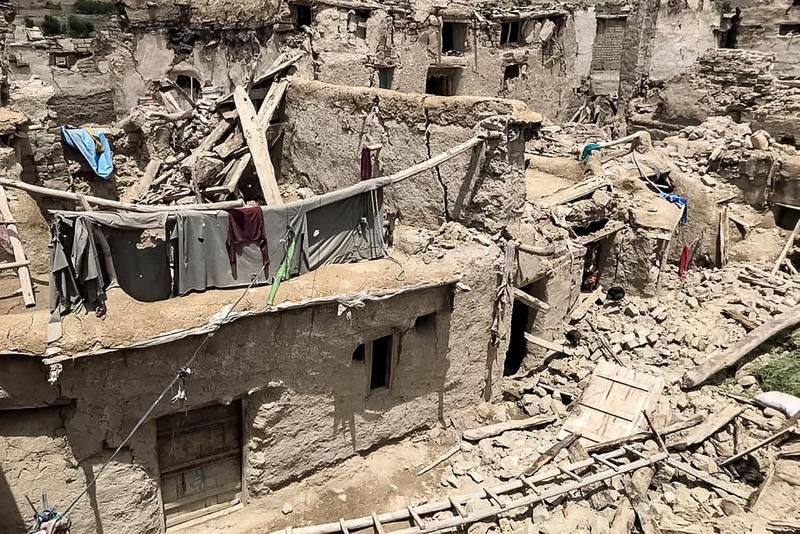 GAYAN, Afghanistan - Aid began arriving on Thursday in a remote part of Afghanistan where an earthquake killed 1,000 people but poor communications and a lack of proper roads are hampering relief efforts in a country already grappling with a humanitarian crisis.

The magnitude 6.1 earthquake struck early on Wednesday about 160 km southeast of Kabul, in arid mountains dotted with small settlements near the border with Pakistan.

The town of Gayan, close to the epicenter, sustained significant damage with most of its mud-walled buildings damaged or completely collapsed, a Reuters team said

"We can't reach the area, the networks are too weak, we trying to get updates," Mohammad Ismail Muawiyah, a spokesman for the top Taliban military commander in hardest-hit Paktika province, told Reuters, referring to telephone networks.

The toll makes its Afghanistan's deadliest earthquake in two decades, according to US government data.

About 1,000 people had been rescued from various affected areas by Thursday morning, Sharafat Zaman, a spokesperson for the health ministry told Reuters. 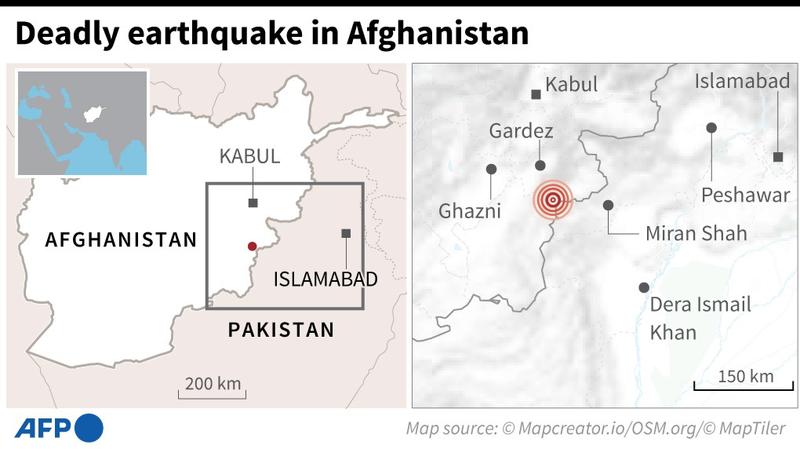 This AFP graphic map dated June 23, 2022 shows the epicenter of a 6.1-magnitude earthquake in Afghanistan that hit in the early hours of June 22, with relief map of surrounding region on the border with Pakistan.

"Aid has arrived to the area and it is continuing but more is needed," he said.

The town of Gayan, close to the epicenter, sustained significant damage with most of its mud-walled buildings damaged or completely collapsed, a Reuters team said.

The town, with only the most basic roads, was bustling with Taliban soldiers and ambulances as a helicopter bringing in relief supplies landed nearby, whipping up huge swirls of dust. About 300 people sat on the ground waiting for supplies. 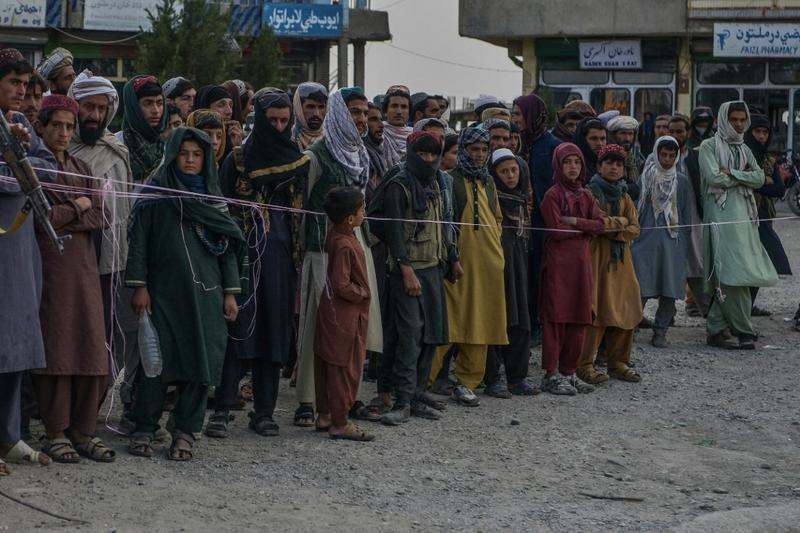 Afghan people queue up in a line to donate blood for the earthquake victims being treated at a hospital in the city of Sharan after getting injured in an earthquake in Gayan district, Paktika province on June 22, 2022. (AHMAD SAHEL ARMAN / AFP)

The United Nations said its World Food Programme was sending food and logistics equipment to affected areas, with the aim of initially supporting 3,000 households

The rescue operation will be a major test for the Taliban, who took over last August as US-led international forces withdrew after two decades of war.

Afghanistan's economy has all but collapsed, UN Secretary-General Antonio Guterres said in an appeal to aid donors in late March.

Drought has undermined food production and 9 million Afghans face famine. Some families have been forced to selling children and organs to survive, he said.

The United Nations said its World Food Programme was sending food and logistics equipment to affected areas, with the aim of initially supporting 3,000 households.

"The earthquake will only add to the already massive humanitarian needs they endure daily."

Japan and South Korea both said they also plan to send aid.

Large parts of South Asia are seismically active because a tectonic plate known as the Indian plate is pushing north into the Eurasian plate.

In 2015, an earthquake struck the remote Afghan northeast, killing several hundred people in Afghanistan and nearby northern Pakistan.