US Fed raises rates by 75 basis points, biggest hike since 1994 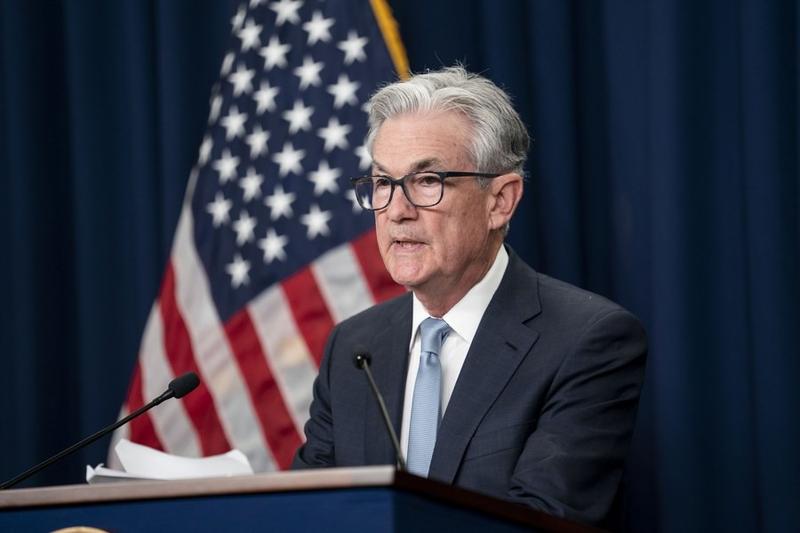 WASHINGTON - The US Federal Reserve on Wednesday raised its benchmark interest rate by 75 basis points, marking the sharpest rate hike since 1994, as data released in recent days showed no clear signs of easing in inflation.

"Inflation remains elevated, reflecting supply and demand imbalances related to the pandemic, higher energy prices, and broader price pressures," the Fed said in a statement after a two-day policy meeting, adding that the Fed is "highly attentive to inflation risks."

Fed Chair Jerome Powell noted that the 75 basis point increase was an unusually large one, and "I do not expect moves of this size to be common." A 75 basis-point rise triples the usual move

The Federal Open Market Committee, the Fed's policy-making body, decided to raise the target range for the federal funds rate to 1.5 to 1.75 percent and "anticipates that ongoing increases in the target range will be appropriate." This range is still comparatively low by historic standards.

The statement showed that 10 committee members voted for the decision and one voted against it. Esther George, president of the Federal Reserve Bank of Kansas City, preferred a half-point rate hike.

At the committee's meeting in May, there was a broad sense that a half percentage point increase in the target range should be considered at this month's meeting if economic and financial conditions evolved in line with expectations, Fed Chair Jerome Powell said Wednesday afternoon at a press conference. 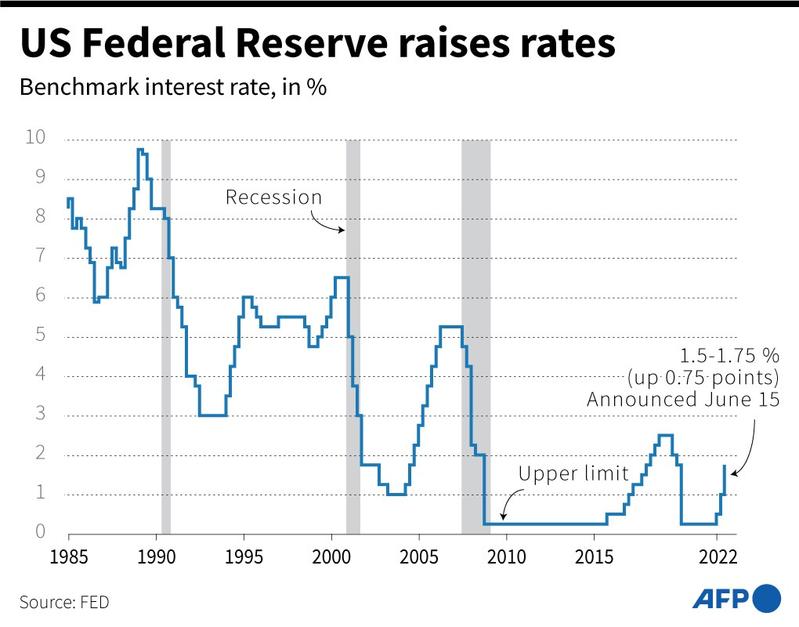 "Since then, inflation has again surprised to the upside, some indicators of inflation expectations have risen, and projections for inflation this year have been revised up notably," said Powell. "In response to these developments, the committee decided that a larger increase in the target range was warranted at today's meeting."

Our objective really is to bring inflation down to 2 percent while the labor market remains strong.

The US Labor Department reported Friday that the consumer price index skyrocketed 8.6 percent in May from a year earlier, marking the third straight month of inflation over 8 percent and hitting a new four-decade high. The figures, which exceeded consensus estimates, dashed hopes that inflation had peaked.

On Monday, a survey by the Federal Reserve Bank of New York showed that the median one-year-ahead inflation expectation increased to 6.6 percent in May, up from 6.3 percent in April. Household spending expectations over the next year, meanwhile, rose by 1.0 percentage point to reach 9.0 percent, a new series high.

Powell noted that the 75 basis point increase was an unusually large one, and "I do not expect moves of this size to be common." A 75 basis-point rise triples the usual move. 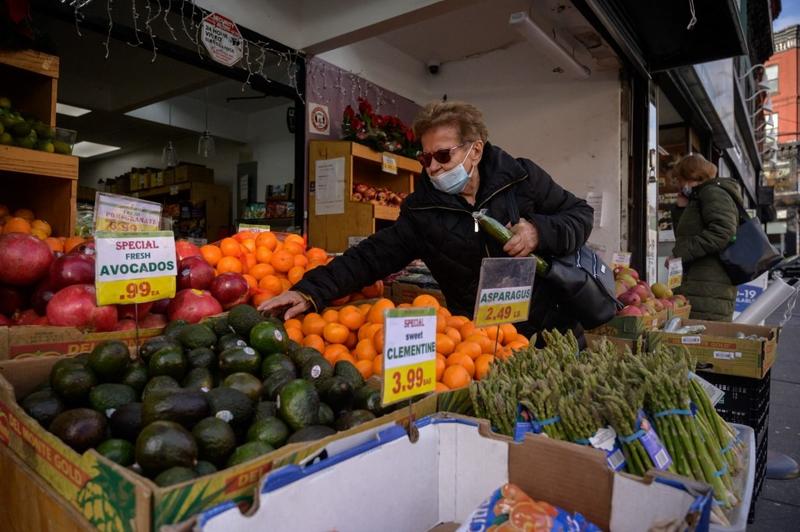 "From the perspective of today, either a 50 or 75 basis point increase seems most likely at our next meeting," said Powell, leaving the door open for another 75-basis-point rate hike. The Fed chair noted that the committee would like to do a little more "front-end loading."

Officials envision steady rate increases through the rest of this year, with a federal funds rate at 3.4 percent at year's end. That would be the highest level since January 2008 and enough, Fed projections show, to slow the economy markedly in coming months and lead to a rise in unemployment. 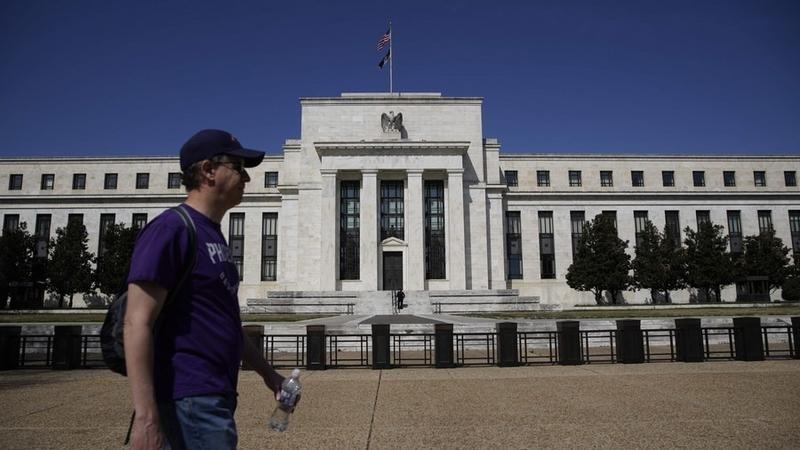 "We don't seek to put people out of work," Powell said, adding that the central bank was "not trying to induce a recession."

"Our objective really is to bring inflation down to 2 percent while the labor market remains strong ... What's becoming more clear is that many factors that we don't control are going to play a very significant role in deciding whether that's possible or not" Powell said, citing the war in Ukraine and global supply concerns.

READ MORE: Fed policymakers back two more big rate hikes, but then what?

"There is a path for us to get there ... It is not getting easier. It is getting more challenging," he told reporters, noting that the rate hikes announced last month and in March so far had not only failed to slow inflation, but allowed it to continue accelerating to a level that recent data indicates have begun to influence public attitudes in a way that could make the Fed's job even harder.

Adam Posen, president of the Washington-based think tank Peterson Institute for International Economics, told Xinhua that what matters most is "how high the Fed has to go" to control inflation.

"The speeding up or front-loading of hikes makes little difference to recession risk," Posen said.

"If they raise the projected terminal rate of this hiking cycle from around 3 percent to more than 4 percent, that indicates that they may need a recession to bring down inflation," Posen said.