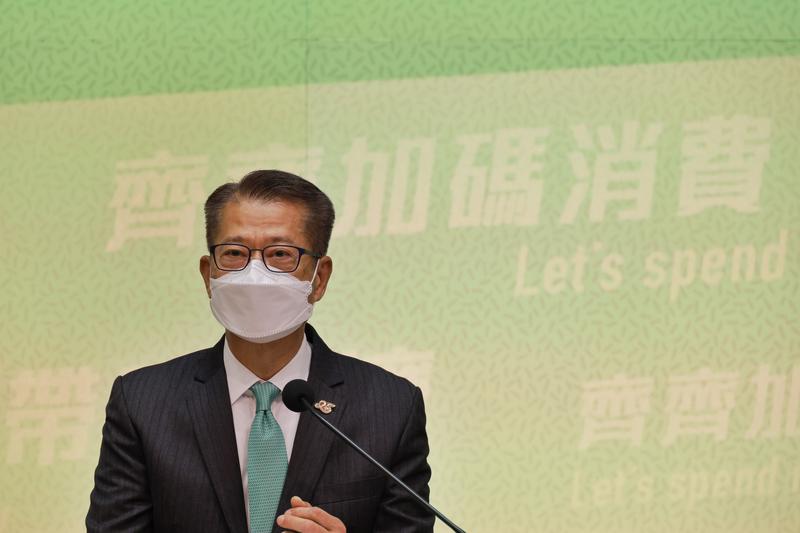 Hong Kong’s Financial Secretary Paul Chan Mo-po speaks at a press conference on disbursement of the second batch of HK5,000 consumption at the Central Government Offices in the city on June 13, 2022. (ANDY CHONG / CHINA DAILY)

HONG KONG – The Hong Kong Special Administrative Region government will disburse the second batch of HK$5,000 ($637) consumption vouchers in phases from Aug 7, with the criteria for registrants for the program relaxed, Financial Secretary Paul Chan Mo-po announced during a news conference on Monday.

Chan noted that eligible non-permanent residents, including professionals, entrepreneurs, and non-local students will get the handout, but those who have departed Hong Kong permanently or intend to do so are not entitled to receive the vouchers.

The expanded program will increase the government’s expenditure by over HK$1 billion, covering an extra 300,000 people, according to Chan.

The optimization in criteria is in response to the different voices from society over the past two years, said Chan, adding that the objective of the consumption voucher program is to boost the economy and benefit more people. 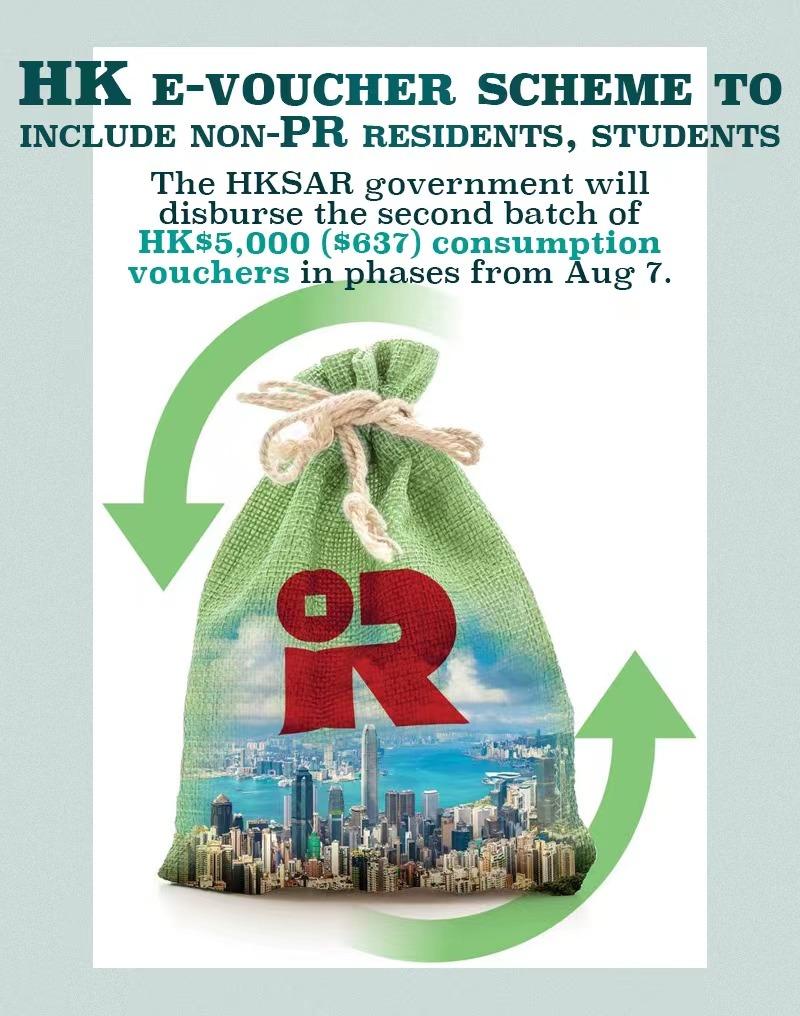 It is not difficult to see that the acceptance and adoption of e-payments and e-transactions by both the public and merchants has increased since the introduction of the e-vouchers.

Residents can store the consumption vouchers in six stored-value facilities after BoC Pay and HSBC’s PayMe joined the previous list made up of AlipayHK, Octopus, Tap & Go and WeChat Pay HK.

Those who do not wish to switch service provider have no need to register again.

Chan noted that the six e-payment operators are expected to introduce promotions and discounts to attract customers, adding that the e-vouchers can exert great influence to widen and deepen the development of electronic payments.

“It is not difficult to see that the acceptance and adoption of e-payments and e-transactions by both the public and merchants has increased since the introduction of the e-vouchers,” said the finance chief.

The upcoming handout is part of the second iteration of the consumption voucher program, which was announced during the annual budget speech in March to stimulate the city’s economy, which has reeled under the impact of the fifth wave of COVID-19.

At the time the SAR government predicted that the scheduled HK$10,000 e-vouchers in two rounds could boost the city’s economy by 1.2 percent.

ALSO READ: 6.3m HK residents to get e-vouchers on April 7

When the first voucher installment of HK$5,000 was disbursed in April, many retailers failed to advertise given the stringent pandemic prevention measures, said Chan.

Nevertheless, he added that the second batch can boost consumption in this traditional “golden season” for merchants.