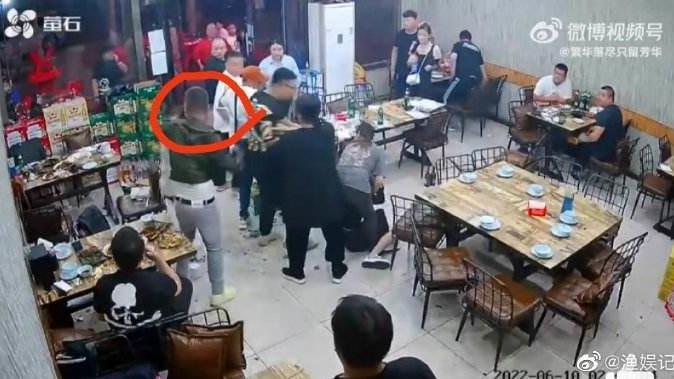 All the nine people suspected of brutally attacking a woman and her dining partners in the northern Chinese city of Tangshan have been formally arrested, the police bureau in charge of the case said on Sunday.

Surveillance footage shows a man approaching a table at a barbecue restaurant in Lubei district, Tangshan city, Hebei province, and touching the woman at around 2:40 am on Friday, then striking her after she pushes him away.

Then some other men join in. The woman is dragged out of the restaurant by her hair and brutally beaten. Her dining partners are also attacked when they try to help her.

Local police said four women were injured and two of them were being treated in hospital with non-life-threatening injuries.

The graphic video went viral online and discussion of the brazen attack in front of many other customers and waiters dominated China's social media on Saturday and Sunday.

By Saturday all the suspects had been captured by local police.

And on Saturday night, a police branch in another city, the Guangyang district branch of Langfang public security bureau, had been designated to investigate the case, in an apparent effort to avoid local interfering.

After the case circulated online, several residents in Tangshan released videos with real names reporting gangs who had carried out violence against them, including a woman reporting that she and her friends were kidnapped and assaulted in May.

According to the Procedures for Handling Administrative or Criminal Cases by Public Security Organs stipulated by the Ministry of Public Security, administrative cases or criminal cases shall be under the jurisdiction of the public security organ in the place where the illegal act was committed.

But for major and complicated cases, the public security organ at a higher level may directly handle them or designate them to other organs for the jurisdiction.