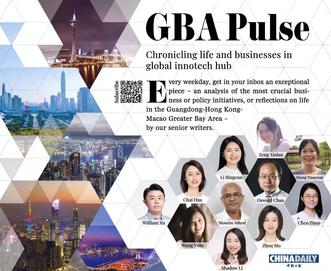 Fintech and e-currency momentum builds to decentralize transactions and value storage. Central banks cannot wait on the sidelines. They should match or better the value propositions of e-coins and fintech platforms. Cross-system interoperability can be achieved if a consortium of technology and financial regulators sets common standards. Oswald Chan reports from Hong Kong. 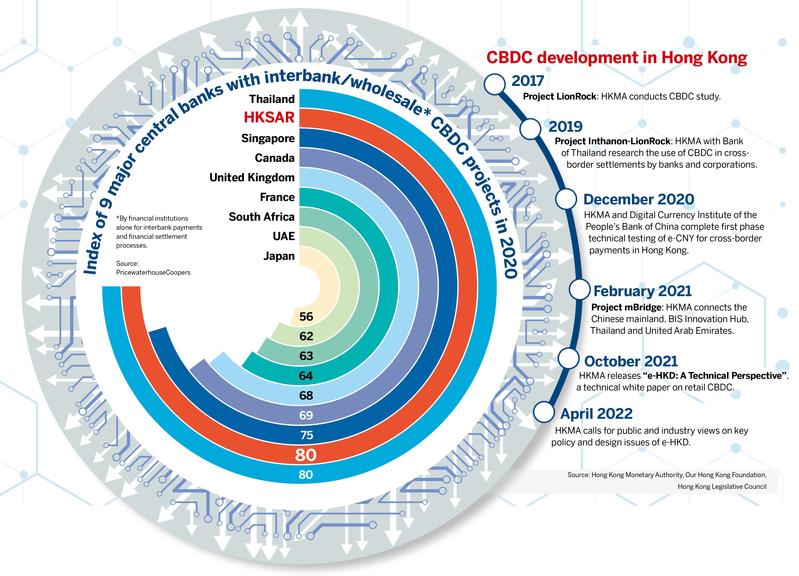 China, the European Union, and the United States, are all exploring the complex e-currency ecosystems to frame regulations, controls, transaction efficiencies, security, visibility, and national policy mandates. The centralized financial system will eventually be disrupted by cryptocurrencies and decentralization, even though these account for only a small amount of global flows now.

Once digital currencies can exchange directly in a bilateral way without being parsed through a third-party settlement system like SWIFT, transaction costs will be drastically reduced and the need for a dominant global reserve currency also reduced. The technology architecture for that can be built with standardization and agreed protocols. But the policy issues around sovereign currencies remain far more problematic to align. 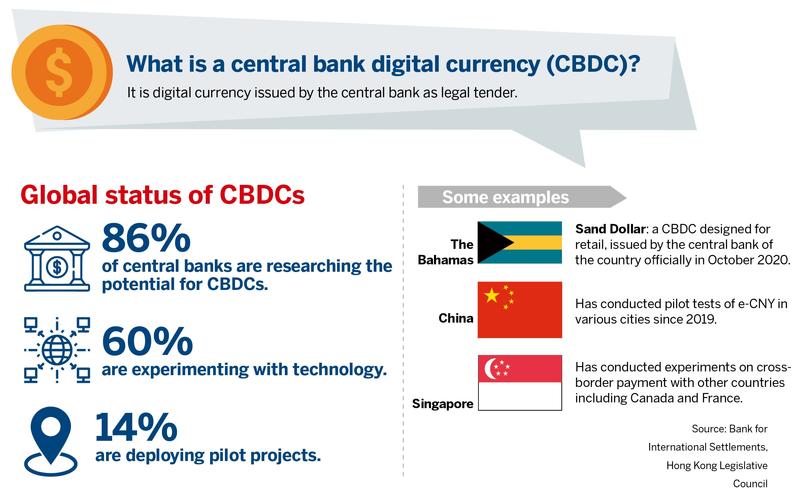 That dominance of the global financial system gives the US extraordinary privilege to print money freely, and excessive power to impose financial sanctions unilaterally on other countries. That was exercised most recently, in relation to the Ukraine war, on Russian banks and assets held in the US and elsewhere.

The ease and speed with which the US can disenfranchise foreign holdings of US dollars in the US banking system has caused widespread alarm among many nations, which are all studying ways to reduce their exposure, or exit from such financial vulnerability.

The US faces a challenge of digital currencies, fintech platforms, and decentralized cross-border settlements without US dollars. As the world’s premier exporter and trader, China is enabling settlements in yuan when feasible, rather than in US dollars. The yuan now accounts for about 2 percent of global payments although China controls 14 percent of global exports, and more countries trade with China than with the US. 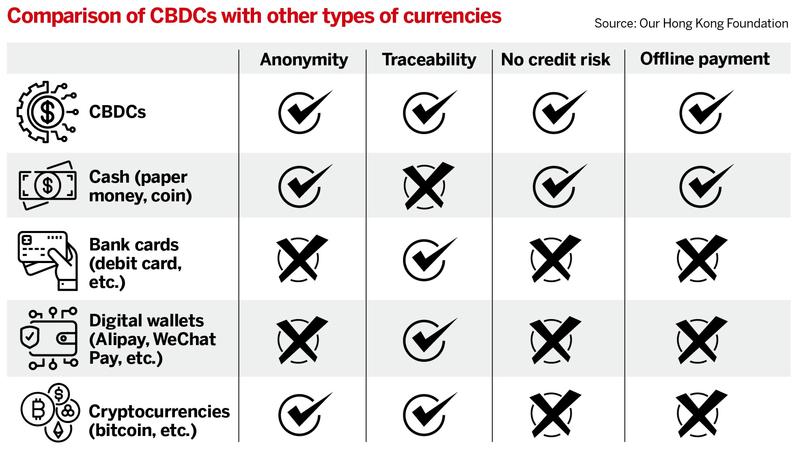 The US is in the bull’s-eye of Clayton Christensen’s 25-year-old “disruptive-innovation” theory, developed at the Harvard Business School. Christensen and his team postulate that a mature industry drives leaders to focus on the most profitable users. That allows new entrants to target the under-served, less-profitable segments. These new entrants would typically be ignored by the market leaders.

Over time, these newcomers innovate and upgrade, to challenge and displace the conservative market leader. The US banking system can opt to protect the status quo to delay e-currencies, fintech, and mobile payment platforms, or become a player too. Meanwhile, major trading centers like China, the EU, Russia, and India are mulling ways to reduce the risks of being overly tied to the US banking system.

The transition will be gradual. There is no global consensus yet on rules, regulations, fintech platforms, mechanism for e-currency exchanges, standardization, systems compatibility, interoperability, etc. Experiments are being conducted within contained scenarios. Any future international e-monetary system will have to align the financial hubs of London, New York, Hong Kong, Tokyo, Singapore, and Switzerland.

Governments favor central bank digital currencies (CBDCs) to retain control over their financial ecosystem. The fear of falling behind the e-currency developments is driving governments to consider their own e-coins. Will they coexist with private, distributed-ledger, blockchain-secured e-coins? Will governments co-opt, compete, restrict, or declare private e-currency illegal? 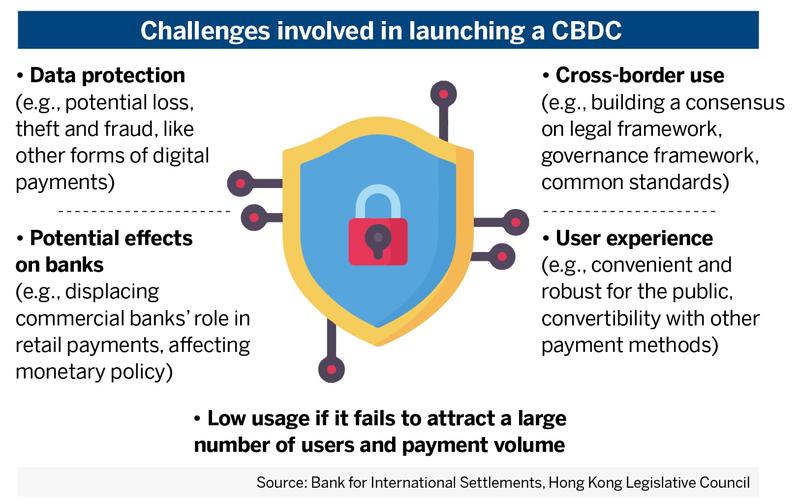 CBDCs may be able to lower the transaction fees that global corporations pay — estimated at $120 billion per year — by a Brookings Institute paper published in March by Michael Sung and Christopher Thomas. That is an inefficiency of the dollar-denominated system. CBDCs may speed up money flows and fine-tune capital controls. These are wish lists for the digital currency economy. As adoption of e-currencies by CBDCs grow, the dominant power of the US dollar will diminish.

The advanced economies of the US and Europe are lagging behind in the race to experiment, innovate, and test CBDC. The proactive CBDC trials seem to revolve around China’s advanced cashless-payments expertise, and eight years of CBDC researching, with its Hong Kong special administrative region reaching out to Thailand and the United Arab Emirates to rally critical mass for wholesale settlements.

In October 2020, central banks of the Bahamas and Cambodia issued digital currencies — the Sand Dollar and the Bakong, as retail use cases of the CBDC — to drive financial inclusion, reduce transaction costs, upgrade payment efficiency, and promote financial services. Both are places with negligible effects beyond their geographies.

After eight years of researching, the People’s Bank of China plans to launch the digital yuan, the e-CNY, in the near future. The national e-CNY tests for e-commerce, ATMs, point-of-sale terminals, etc, use smart cards to include those without smartphones. Under these trials, over 261 million personal digital wallets have been opened and $13.8 billion in transactions enabled by the end of 2021. These results boost confidence to scale the digital yuan domestically.

The PBOC issued digital currency to commercial banks for distribution to the public. That enabled the tracking of e-CNY flows through banks and between users, giving the PBOC greater visibility on the circulation dynamics of the e-CNY. The pilot program spans the Yangtze River Delta, the Pearl River Delta, the Beijing-Tianjin-Hebei region, and central, western, northeastern, and northwestern regions. 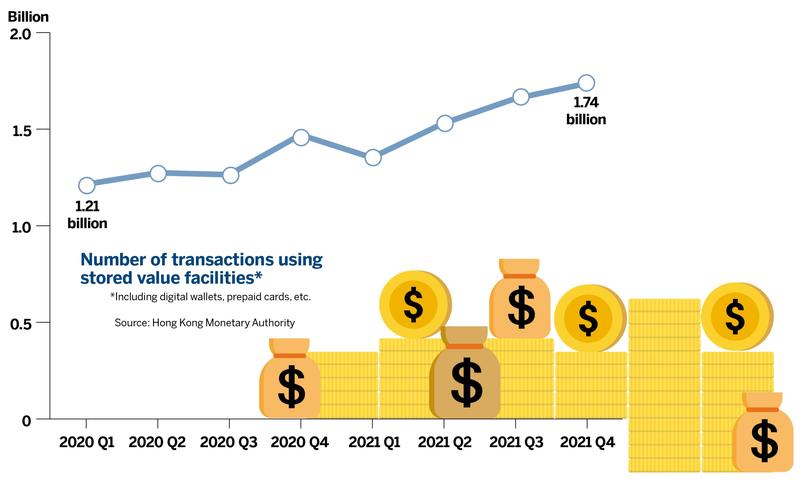 Despite the e-CNY’s potential for adoption of the yuan as a global reserve currency, other factors enter the matrix-like currency convertibility, capital controls, and depth of the capital market. These are much larger international considerations beyond technology and payment systems.

However, the dynamic domestic experience provides ample opportunity for private companies to innovate new services and to further simplify and streamline the e-commerce and retail payments experience for users. These developments may enable replication in other currency markets not policy-constrained and outside the yuan ecosystem. 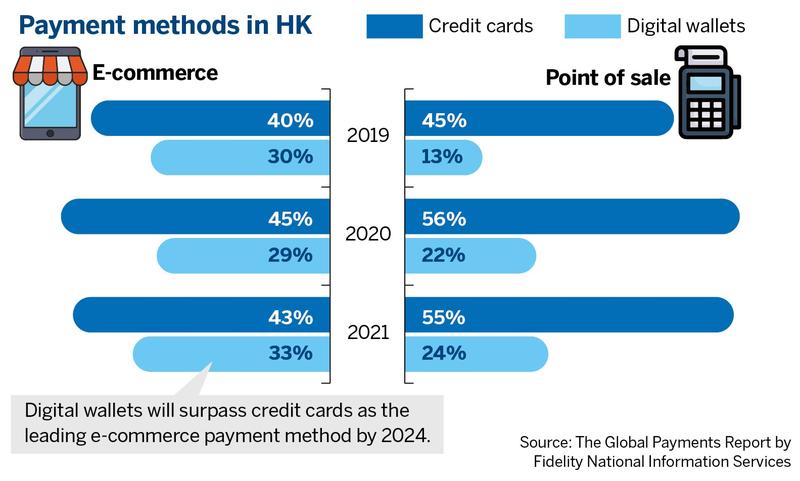 The Hong Kong Monetary Authority, the city’s banking regulator, followed up its wholesale CBDC trials of Project LionRock in 2017 with Multiple CBDC Bridge (mBridge) in 2021 with the collaboration of the Bank of Thailand, the Central Bank of the United Arab Emirates, the Digital Currency Institute of the People’s Bank of China and the Bank for International Settlements Innovation Hub in Hong Kong.

In June 2021, the HKMA announced plans for a digital currency, the e-HKD, within its Fintech 2025 program. Policy and technical issues are being worked out. The HKMA confirms that the e-HKD will just be a digital equivalent of a banknote without affecting the monetary base. It will supplement, not disrupt the current payment system. It can replace physical cash without impacting bank deposits or credit cards.

Stephen Wong Yuen-shan, a Legislative Council member, senior vice-president of Our Hong Kong Foundation, and executive director of its Public Policy Institute, calls for retail and wholesale e-HKD to integrate cross-border use “for Hong Kong to cement its reputation as a digital finance hub and an offshore renminbi finance center”. 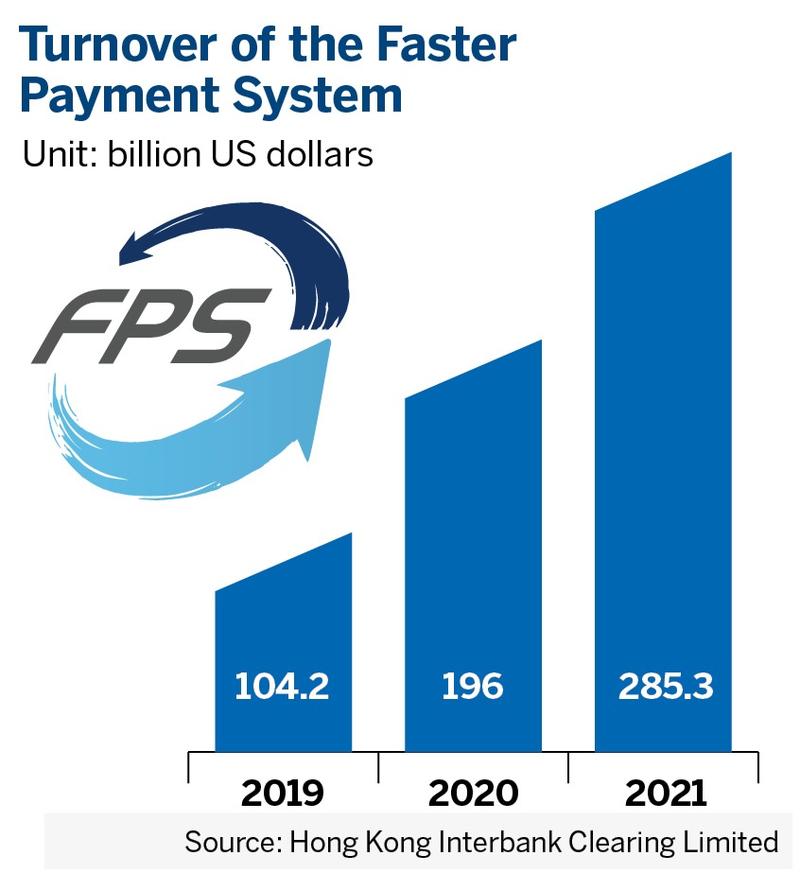 OHKF also suggests a dual-currency digital wallet for e-CNY and e-HKD to facilitate cross-border transactions within the Guangdong-Hong Kong-Macao Greater Bay Area. There is, however, a policy hurdle on the quota set by the central government on e-HKD circulation within the Greater Bay Area.

Etelka Bogardi, a partner and Asia lead of global payments and fintech practice at Norton Rose Fulbright Hong Kong, urges caution on the impact of e-HKD on banks and possible disintermediation effects. She also draws attention to the need for interoperability between different systems.

ICBC International Managing Director Cheng Shi said that the launch of the e-HKD will force commercial banks and financial institutions to upgrade their technology infrastructures. “This will be a powerful external stimulus to the commercial banks and financial institutions. That will improve the payment efficiency and monetary transmission effectiveness,” Cheng said. Who will pay for that upgrade? “Incentives” are being mentioned. Will the Hong Kong government be called to fund, or heavily subsidize the banking-sector transition?

David Zou Chuanwei, chief economist at HashKey Group, a digital asset service provider, sees the e-HKD enabling user-friendly payments, high efficiency, circulation inside and outside Hong Kong to promote its global use, and support for the HKMAs Fintech 2025 strategy need for more research and innovation.

Zou calls for a public-private partnership between the HKMA, banks, and payment service providers. He points to the need for agreed rules, standards, and incentives, to drive interoperability between different market players. “Wholesale CBDCs rather than retail CBDCs are the key to improving cross-border payments. With wholesale e-HKD and the m-CBDC Bridge, Hong Kong will strengthen its role as a hub for international trade and finance,” Zou said. 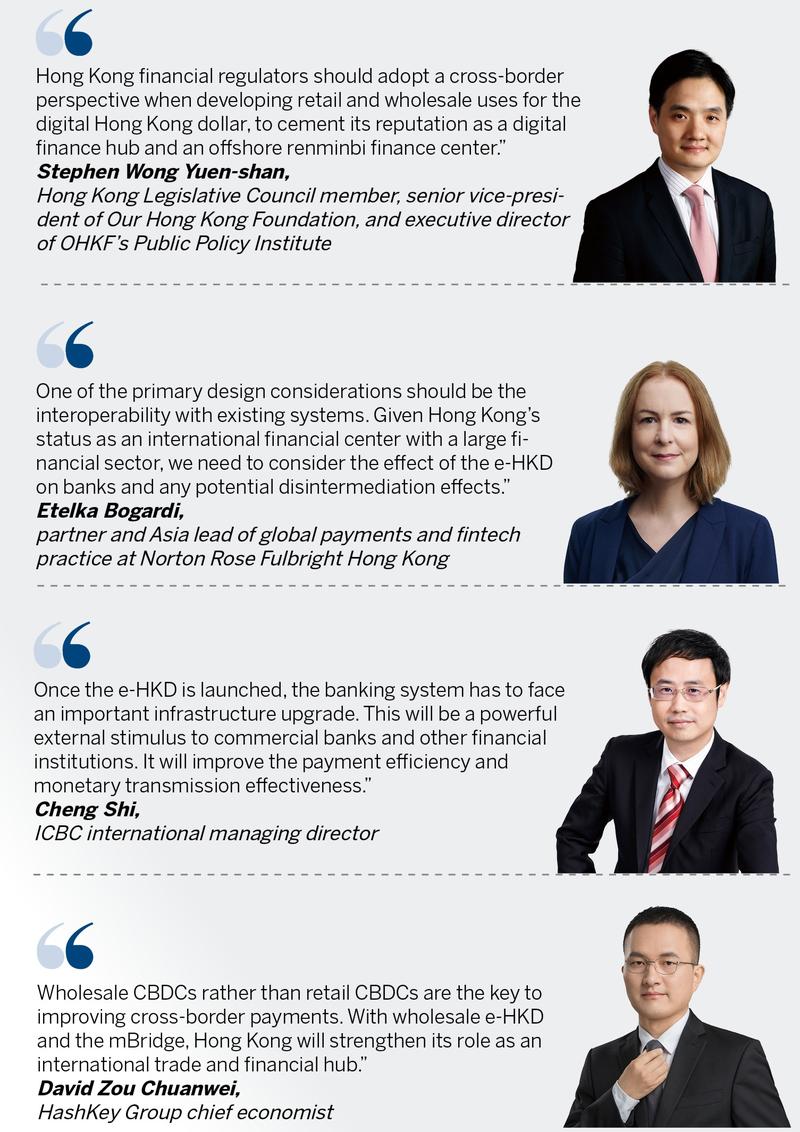 ICBC International’s Cheng pushes for the “fast-mover” advantage, to quickly upgrade the e-currency system and to expand the wholesale applications, to consolidate Hong Kong’s international financial-hub status. All of that requires a parallel development of e-currencies, and agreement on regulations, standards, and technology compatibility.

Hong Kong cannot drive this as a solo initiative. The potential of CBDCs is clear. Until there is a critical mass of regions prepared to advance it together, to an agreed timeline, the potential will remain in abeyance.

OHKF believes that Hong Kong should invite economies with mature wholesale CBDC development that share traditional financial ties with Hong Kong, such as Japan, Singapore and Switzerland, to join the mBridge connectivity. There is a global reset on Big Power relationships underway. Many traditional relationships are strained and cannot be taken for granted. It is a different Hong Kong for the international community to consider.