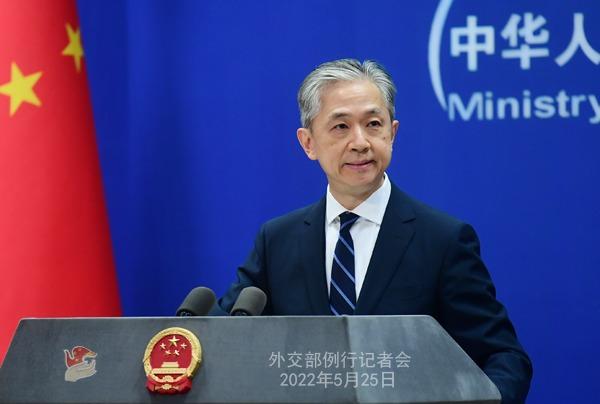 The People's Liberation Army's Eastern Theater Command recently conducted interservice combat exercises in the air and waters near Taiwan, according to a spokesman.

The operations were intended to act as a warning to the United States and Taiwan for their recent moves, PLA Senior Colonel Shi Yi said in a statement released on Wednesday.

"The way the US deals with the Taiwan question has been in stark contrast to its commitments to us. It continues to embolden 'Taiwan independence' forces. Such hypocritical acts will be in vain and will only bring a dangerous situation and grave consequences to the US itself.

"Taiwan is part of China. The theater is determined and able to thwart any foreign interference and 'Taiwan independence' attempts, and it will firmly safeguard national sovereignty and security, as well as peace and stability in the region," Shi said.

On Monday, US President Joe Biden said during his visit to Tokyo, Japan, that the US would intervene militarily to defend Taiwan, a statement that was seen as a violation by Washington of its commitment to the one-China principle and a fresh challenge to China's core interests. 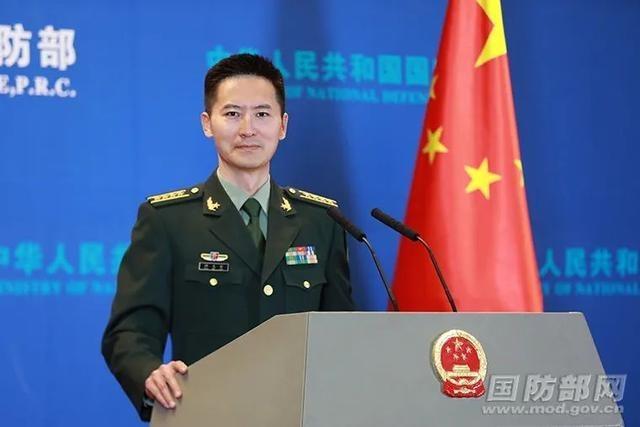 Tan Kefei, a spokesman of the Ministry of National Defense. (PHOTO / MOD.GOV.CN)

Tan Kefei, a spokesman of the Ministry of National Defense, said on Wednesday that the exercises targeted "US-Taiwan collusion" and were necessary to safeguard national sovereignty and territorial integrity.

"China firmly opposes any form of official exchanges and military ties between the United States and Taiwan," said Tan, stressing that "Taiwan independence" as well as supporting it is a road to nowhere.

The US has made it clear on many occasions that it is sticking to the one-China principle and does not support "Taiwan independence", he said.

"However, the US has been intensifying its efforts in playing the 'Taiwan card' to contain China," he said. "It will inevitably lead to a dangerous situation.

"Taiwan is part of China. The Taiwan question brooks no foreign interference," Tan said. He warned that the PLA will remain on high alert and take all necessary measures to resolutely thwart external forces and "Taiwan independence" separatist attempts.

Wang Wenbin, a Foreign Ministry spokesman, said on Wednesday that US attempts to marginalize its one-China policy and instigate "Taiwan independence" will inflict irreversible consequences on Sino-US relations and unbearable costs on the US itself.

That operation was also arranged in response to "wrong signals" from the US about the Taiwan question, according to Shi.

He said at that time that the US' "malicious acts and attempts are useless and dangerous", and he added that "whoever plays with fire will eventually get burned".

The Ministry of National Defense announced on Tuesday night that the PLA Air Force and Russian Air Force had made a joint strategic patrol flight over the Sea of Japan, the East China Sea and the western Pacific Ocean.