The end of fish and chips? Rising prices threaten a British tradition 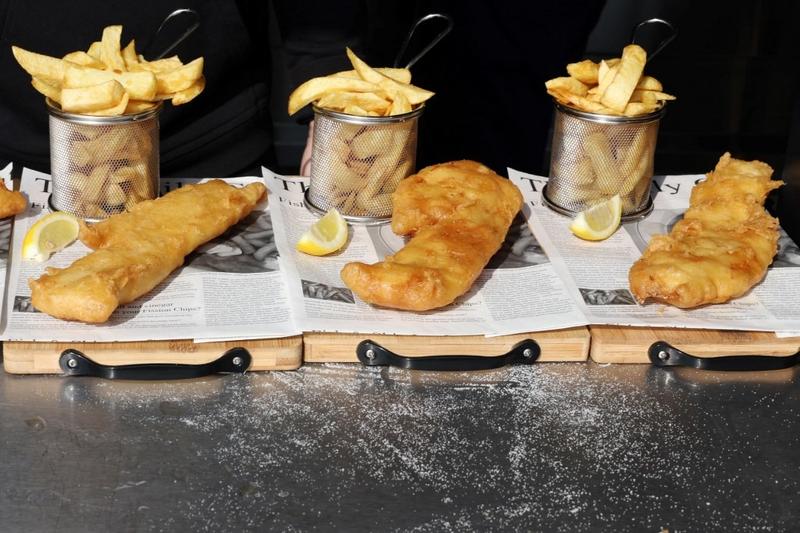 Fish and Chips are pictured before being served at lunchtime at Captain's Fish and Chip shop in Brighton on March 25, 2022. (ADRIAN DENNIS / AFP)

WEST DRAYTON, England - At west London's Hooked Fish and Chips, Bally Singh is struggling to keep the tills ringing for a British tradition, with prices sky-rocketing for fish, potatoes, cooking oil and even the flour used for the batter the dish is cooked in.

Cranking up their bubbling oil fryers only to see customers stay at home, Singh and thousands of other normally thriving "chippies" across the island nation are navigating the economic fallout of the Ukraine conflict, the coronavirus pandemic and Brexit.

Inflation reached a 40-year peak of 9 percent in April, the highest in the G7, and is projected to rise further. British consumers are more pessimistic than peers in Europe, leading to criticism of both government and Bank of England efforts to keep a lid on the cost of living

Fish and chips in hand, Prime Minister Boris Johnson once promised to "build back batter" from the pandemic.

Now though, rising prices are veering Britain's economy further off course. A third of fish and chip shops are at risk of going bust this year due to a "perfect storm" of price pressures, according to insolvency firm Company Debt.

ALSO READ: Britons cut back on meat and fish as cost of living crisis bites

In just a year, prices for Britain's favorite fish - cod and haddock - are up 75 percent, sunflower oil is up 60 percent, and flour is up 40 percent, Company Debt said.

Inflation reached a 40-year peak of 9 percent in April, the highest in the G7, and is projected to rise further. British consumers are more pessimistic than peers in Europe, leading to criticism of both government and Bank of England efforts to keep a lid on the cost of living.

Cod and chips in Singh's shop now costs 9.50 pounds, compared to 7.95 pounds a year ago. And Singh said if he passed on all the higher costs, the price would be closer to 11 pounds.

"We're finding it a struggle to keep our prices reasonable and competitive compared to other fast foods that are in the area, and we've actually seen a decline in fish sales and customers walking through the door." 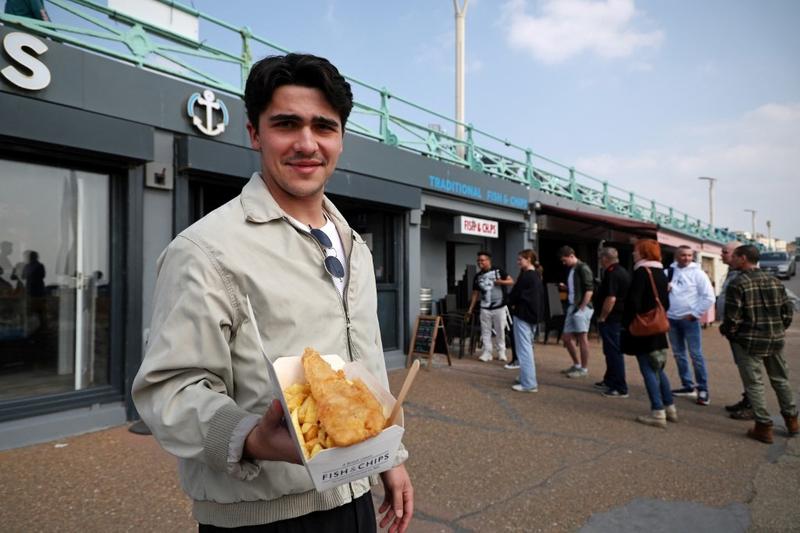 A customer shows off his fish and chips lunch outside Captain's Fish and Chips shop in Brighton on March 25, 2022. (ADRIAN DENNIS / AFP)

"It's alright for me to go in there and get one portion for myself, but that was eleven pounds just for one person," said Paula Williams, 66, a carer from Weymouth, on a bench outside the Fish Plaice shop.

"When you've got a group of five or six, that's probably more expensive than going to a restaurant."

Battered fish and fried chips, the chunky equivalent of fries in the United States, have fuelled Britons since the combination was invented 160 years ago.

The meal is such a staple that unlike other food in Britain, it was not rationed during the world wars. Chippies, with their distinctive smell of oil and vinegar, remain a presence in most towns.

Some of the recent difficulties for fish and chip shops began after Brexit, distant-waters trawler company UK Fisheries said, estimating that the amount of Arctic cod Britain is allowed to catch in 2022 reduced to around 40 percent of what it was before leaving the European Union.

The Ukraine conflict has driven up fuel and electricity prices, further increasing the cost of catching, and frying, fish. The war has sent cooking oil, fertilizer and flour prices higher too.

Cod and haddock are sourced in the Barents Sea, north of Norway and Russia, and the conflict has heightened uncertainty over those supplies.

In March, the British government listed Russian white fish as among goods to be hit with a 35 percent tariff as part of sanctions in response to the conflict. It has paused the move, for now, while the impact is investigated. 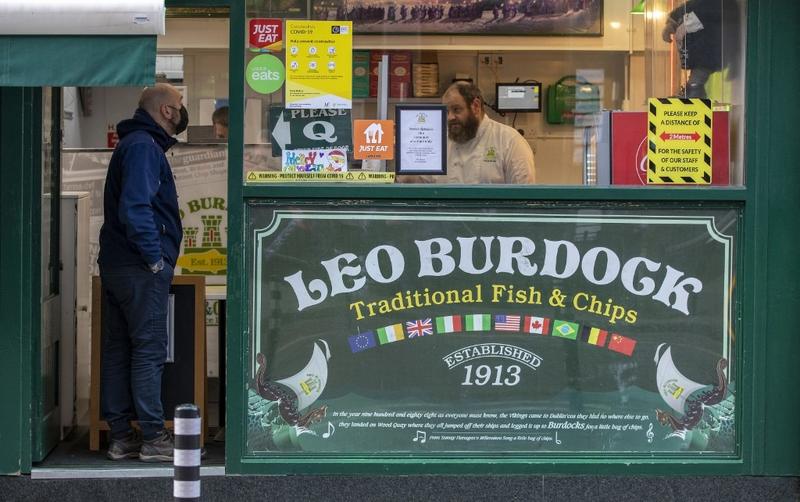 A customer wearing a protective face covering to combat the spread of the coronavirus, is served inside the Leo Burdock Fish and Chip shop in central Dublin on Dec 2, 2020. (PAUL FAITH / AFP)

Sunflower oil is the principle agricultural commodity the UK imports from Ukraine and the government says it is working to substitute it with other vegetable oils: for instance, receiving extra rapeseed shipments from Australia after a strong harvest there.

A spokesperson for Department for Environment, Food & Rural Affairs said it was "working closely with industry, including the National Federation of Fish Friers, to mitigate the challenges that they are facing."

However, the federation said fish and chip shops were facing their biggest ever crisis.

"I'm getting daily phone calls from people that are worried that they're going to go out of business," NFFF President Andrew Crook told Reuters.

"We are expecting consumers and households to reassess what they're spending on and potentially cut down," Selfin said.

In his smart, recently refurbished shop in West Drayton, a suburb in Johnson's own parliamentary constituency, Singh is looking to cut costs and has added cheaper hake and pollock on the menu. But the energy intensive cookers have to stay on.

"If nobody's coming in, we're losing money and we need to keep the oil hot," he said.

In Swanage, builder Malcolm Petherick, 73, worried changes he has seen over his lifetime might result in Britain losing a part of its cultural heritage.

"Now, just bought two lots of fish and chips: 23 quid. What family can afford that?"