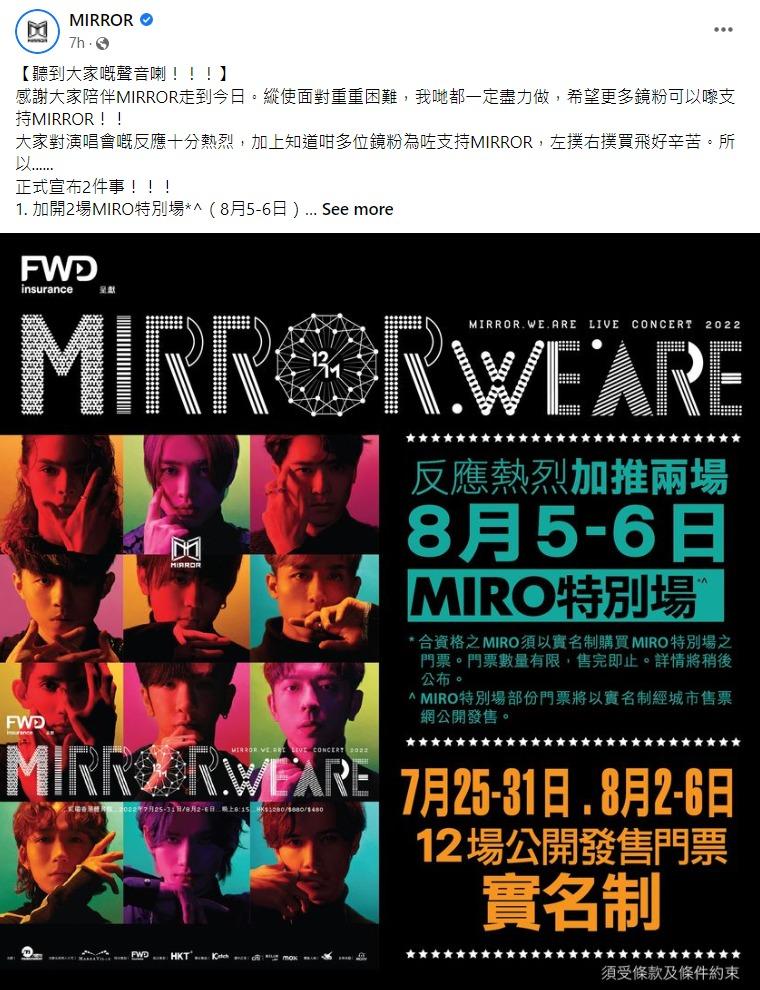 This screengrab of a post issued on the official Facebook page of Hong Kong pop music group Mirror shows the group announcing the adoption of real-name registration for tickets sales of their upcoming concerts.

In a statement, a spokesman for the Leisure and Cultural Services Department said it had taken the initiative to discuss with the organizer on the ticket sales in a bid to combat ticket scalping.

READ MORE: Rooms with a view to music and dance

Mirror noted the real-name registraiton arrangement on their official social media page, adding that details of ticket purchase will be announced soon

The department welcomed the organizer’s positive response to adopt real-name registration through the Urban Ticketing System (URBTIX), so as to reduce the chance of ticket scalping, according to the spokesman.

The group is scheduled to hold 12 concerts in July and August at the Hong Kong Coliseum.

The spokesman said the department will render all practicable assistance on ticket sales and admission arrangements to the organizer. The department also called on ticket holders to arrive early at the concerts' venue.

In a post issued on their social media account, Mirror confirmed the real-name registration arrangement, adding that details of ticket purchase will be announced soon.