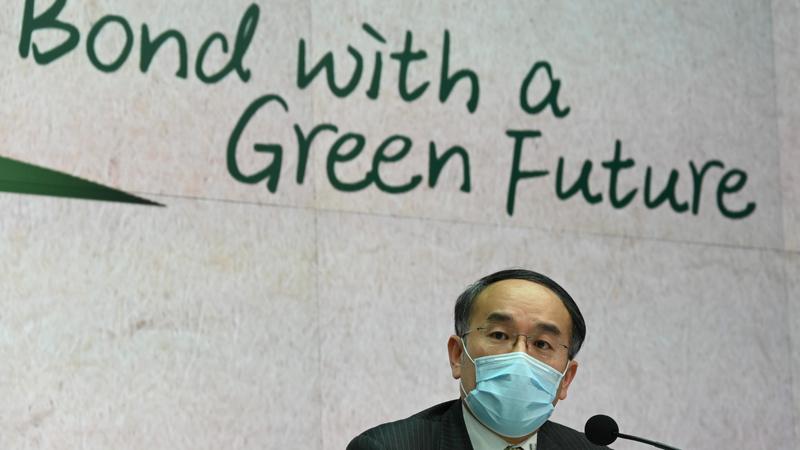 Secretary for Financial Services and the Treasury Christopher Hui Ching-yu hosts a press conference to announce the launch of the inaugural retail green bond under the Government Green Bond Programme for subscription by Hong Kong residents on Feb 15, 2022. (PHOTO / HKSAR GOVERNMENT)

Delivering the keynote speech at the ASIFMA China Capital Markets Conference, Hui said the “one country, two systems" principle provides Hong Kong the strength to serve as both an international financial centre and a unique gateway between the Chinese mainland and the world.

Secretary for Financial Services and the Treasury Christopher Hui Ching-yu said the “one country, two systems" principle provides Hong Kong the strength to serve as both an international financial centre and a unique gateway between the Chinese mainland and the world

“Leveraging on our unrivalled advantages, a variety of mutual capital market access schemes and enhancements have been launched over the past years, and they have been operating smoothly and proven to be very successful,” Hui said.

He noted that, as of March this year, more than 25,000 individual investors have already participated in the Wealth Management Connect and nearly 9,000 remittances had been processed, amounting to over 830 million yuan ($124.46 million).

Hui said the eligible securities under the Stock Connect programs have also been expanded to cover pre-revenue/pre-profit biotechnology companies listed in Hong Kong and companies listed on the mainland's STAR Market.

At the end of March this year, 28 pre-revenue/pre-profit biotechnology companies and 43 mainland STAR Market companies have been included through this channel, further widening the investment options available for participants in the Connect programs for both Northbound and Southbound, he said.

To further expand the channels for the two-way flow of cross-boundary renminbi funds and develop the offshore renminbi ecosystem, the working group formed by the Securities and Futures Commission, the Hong Kong Exchanges and Clearing Limited and the Hong Kong Monetary Authority has completed the feasibility study on allowing stocks traded via the Southbound Stock Connect to be denominated in renminbi, and has put forward recommendations on detailed implementation. 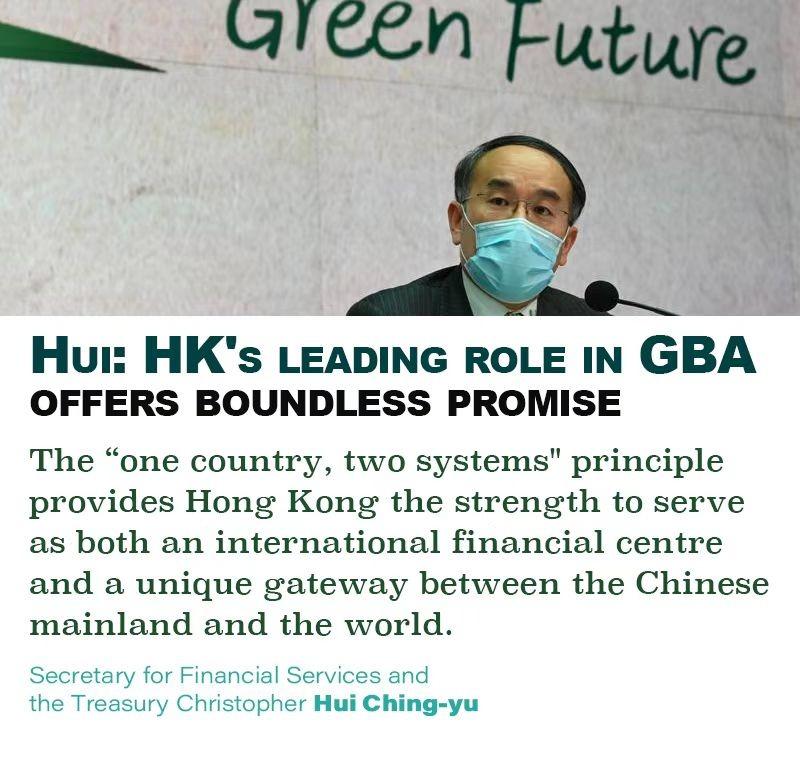 “The working group is already discussing with regulatory authorities and relevant organizations in the mainland, with a view to seeking early implementation of the initiative,” Hui said.

“Meanwhile, the government is working on supporting measures such as waiving the stamp duty on stock transfers paid by market makers in their transactions, aiming at increasing the liquidity of renminbi-denominated stocks,” he added.

Hui said the government will facilitate bank account openings by Hong Kong residents in the GBA and their use of cross-boundary e-wallets on the mainland and vice versa.

For Hong Kong's private equity funds, Hui said the government will support their participation in financing GBA tech companies, and encourage the listing of eligible new-economy companies in Hong Kong for fundraising.

Hong Kong institutional investors will be allowed to make use of the Qualified Foreign Limited Partnership program more flexibly to participate in the markets of privately offered equity and venture funds in Qianhai of Shenzhen, he said.

Hui also said that there were great opportunities from the development of green and sustainable finance to support the country's 2030 and 2060 targets for peaking carbon emission and carbon neutrality.

“I understand that the pandemic may slightly detour us from our progress track, but with the full support from the central government and the co-operation of various sectors in our community, it will be transitory and we can see that the fifth wave of the epidemic is now under control,” Hui said.

“The government will continue to steadfastly implement measures to further stabilize the epidemic situation and enable our society to return to normalcy in an orderly manner,” he added.