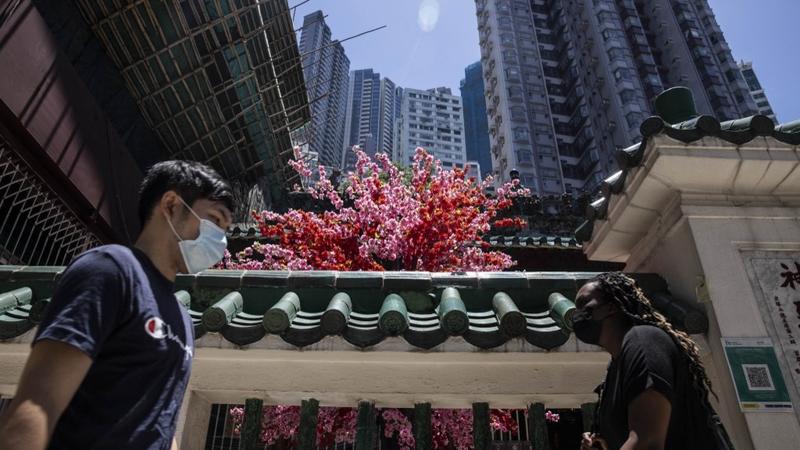 HONG KONG - Hong Kong reported 190 new COVID-19 cases on Monday as the government banned Turkish Airlines flights from Istanbul after one of its flights had four passnegers who tested positive for the coronavirus.

The new cases included 162 local infections and 28 imported cases, Chuang Shuk-kwan, head of the communicable disease branch of the Centre for Health Protection, said in a news briefing.

No new deaths were reported and Monday’s figure is lower than the 237 infections recorded on Sunday.

“Today, we have less than 200 cases but we would not rule out further fluctuations. I would say the pandemic has remained stable…The trend is rather stable and it is trending downwards,” Chuang said.

She said two new cases were linked to the McDonald’s branch in Taikoo Shing, involving a 76-year-old woman and 67-year-old man who were at the fast food outlet at around lunchtime on May 15. A family of three who were also eating there at that time had tested positive for the virus.

Chuang said the woman later ate at restaurants in To Kwa Wan, Wan Chai, and Mong Kok and they have all been included in a compulsory testing notice.

“Since we identified multiple cases in (the McDonald’s branch), we suspect a possible transmission…We need to take a look at their seating distance,” she said, adding that five cases have now been traced to the fast food outlet.

Chuang also said that 19 students and two staff members from 20 schools tested positive for the virus.

In a statement on Monday night, the government said Turkish Airlines flights from Istanbul will be prohibited from landing in Hong Kong from May 24 to 28.

The Department of Health made the decision after one such flight on May 21 had two passengers who failed to comply with health travel rules and four passengers who tested positive upon arrival.