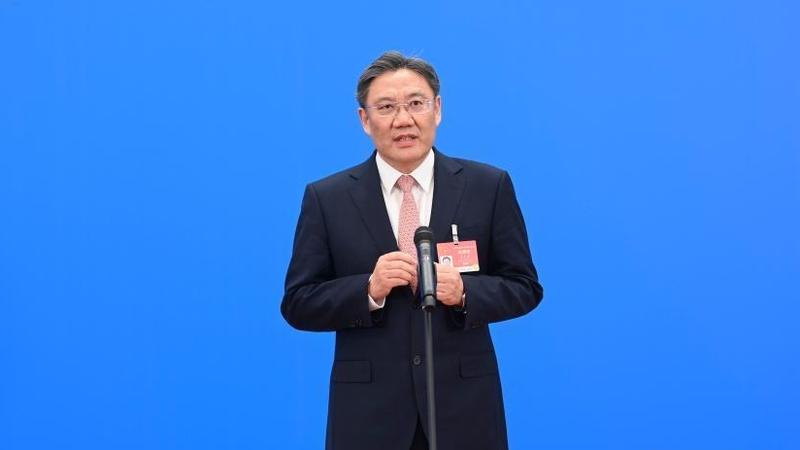 BEIJING - Commerce Minister Wang Wentao has expressed China's resolute commitment to achieving a comprehensive and high-level Asia-Pacific free-trade area, issuing his comments at the 28th trade ministers' meeting of the Asia-Pacific Economic Cooperation during the weekend.

Free-trade arrangements should be explored as the main channel for promoting regional economic integration, and efforts should be made to advance regional inclusive development, said China's Commerce Minister Wang Wentao

Speaking via video link, Wang said that all APEC members should take building an Asia Pacific community with a shared future as the main line and comprehensively promote practical cooperation in various fields of trade and investment.

Free-trade arrangements should be explored as the main channel for promoting regional economic integration, and efforts should be made to advance regional inclusive development, he said.

The commerce minister reiterated that China will open its door wider and is continuously providing a driving force for the stable growth of global and regional economies.

China is implementing the Regional Comprehensive Economic Partnership agreement with a high level of quality, actively building the Version 3.0 China-ASEAN Free Trade Area with ASEAN members, and continuously promoting its accession to the Comprehensive and Progressive Agreement for Trans-Pacific Partnership and the Digital Economy Partnership Agreement, he noted.

The minister stressed that China firmly supports the multilateral trading system with the World Trade Organization as its core, maintains the security and stability of the global industrial and supply chains, and delivers more benefits to all parties.

APEC can play its role as a booster, stabilizer and incubator, and can provide strong support to the work of the WTO, he said.

China is ready to strengthen cooperation with other APEC economies to jointly push for substantial results for agendas to be discussed at the 12th WTO Ministerial Conference such as epidemic response and the WTO reform, he said.