China urges G7 to cease interfering in its internal affairs 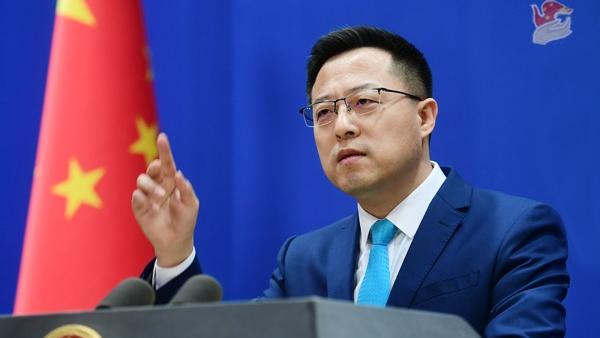 BEIJING - China on Monday urged the Group of Seven (G7) to stop smearing China and interfering in its internal affairs.

Foreign Ministry spokesperson Zhao Lijian made the remarks at a daily news briefing when asked to comment on the communique issued by a G7 meeting of foreign ministers, which contains various items relating to China including Hong Kong, Xinjiang, human rights, maritime issues, the situation in Ukraine, peace and stability across the Taiwan Straits, among others.

Foreign Ministry spokesperson Zhao Lijian called on the G7 to respect China's sovereignty, and to cease slandering China and interfering in China's internal affairs in any form

"China's positions on issues relating to Hong Kong, Xinjiang and Taiwan, as well as maritime issues, are consistent and clear," Zhao said, adding that China has expressed its firm opposition to the G7 presidency.

"The lengthy G7 communique is filled with preposterous allegations not even worth refuting. In total disregard of China's solemn position and objective facts, it grossly interferes in China's internal affairs, maliciously slanders and smears China, and once again exerts pressure on China using such pretexts as the Russia-Ukraine conflict," Zhao said.

China urges the G7 to uphold the international system with the United Nations at its core, international order based on international law, and the basic norms of international relations based on the purposes and principles of the UN Charter, Zhao said. He called on the G7 to respect China's sovereignty, and to cease slandering China and interfering in China's internal affairs in any form.

"We urge the G7 to act in the interest of world peace and development, stop applying double or multiple standards, stop sending military aircraft and warships to other countries' doorsteps to flex muscles at every turn, stop wantonly instigating color revolutions in other countries, stop arbitrarily resorting to illegal sanctions or long-arm jurisdiction, and stop fabricating and spreading lies and rumors about China," the spokesperson said.

He also urged the G7 to assume its responsibility, fulfill its due international obligation, safeguard true multilateralism, focus on global governance, strengthen cooperation with the UN, G20 and other multilateral mechanisms, and play a positive role in addressing global challenges and promoting world economic recovery, instead of clinging to the Cold War mentality and ideological bias, pursuing "small clique" group politics, creating confrontation and division, and bringing chaos to the world.