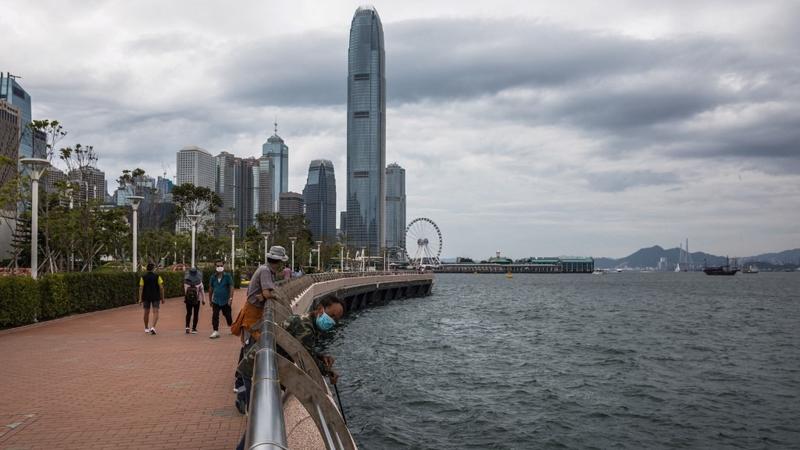 HONG KONG – Hong Kong on Thursday reported 294 new COVID-19 cases as the government cordoned off an estate in Kennedy Town for an overnight targeted testing operation.

Chuang Shuk-kwan, head of the communicable disease branch of the Centre for Health Protection, said in a news briefing that the new cases included 40 imported infections and 254 local cases.

She said 115 cases were confirmed through nucleic acid tests and 179 by rapid antigen tests.

Thursday’s figure is higher than the 280 cases recorded on Wednesday, bringing the infection tally during the city's fifth wave of the pandemic to 1,195,034

Thursday’s figure is higher than the 280 cases recorded on Wednesday, bringing the infection tally during the city's fifth wave of the pandemic to 1,195,034.

Chuang said the government decided to set up a “restricted area” in Sai Wan Estate in Kennedy Town on Thursday afternoon due to the high viral load detected in its sewage.

“The findings in the Sai Wan Estate is a bit higher than what those found in other areas recently…That’s why there’s a restriction notice,” Chuang said, adding that a Hong Kong University advisory for its students to avoid eateries in the area might have been due to the sewage sample results.

“The government is distributing testing kits. We remind the public in general that if you have an upper respiratory symptom, do a test,” she added.

Chuang noted five cases were found in the estate recently, including three on Thursday. The government said it expected to finish the overnight testing operation on Friday morning.

Chuang said the CHP was also investigating a possible outbreak at a billiard hall in Hung Hom where four cases have been identified. She said 150 patrons of the billiard hall were asked to get tested for the virus.

She also said that four travelers—three from the United States and one from Holland—were found to have the Omicron sub-variant BA.2.12.1, bringing the city’s tally of such cases to 11.

Chuang added that 13 students and one teacher also tested positive for the virus before going to school on Thursday. One school reported three cases--the teacher and two students--but they were not related.

Hospital Authority chief manager Sara Ho said at the same briefing that a 94-year-old woman who had COVID-19 died in the last 24 hours, bringing the toll during the fifth wave to 9,143.