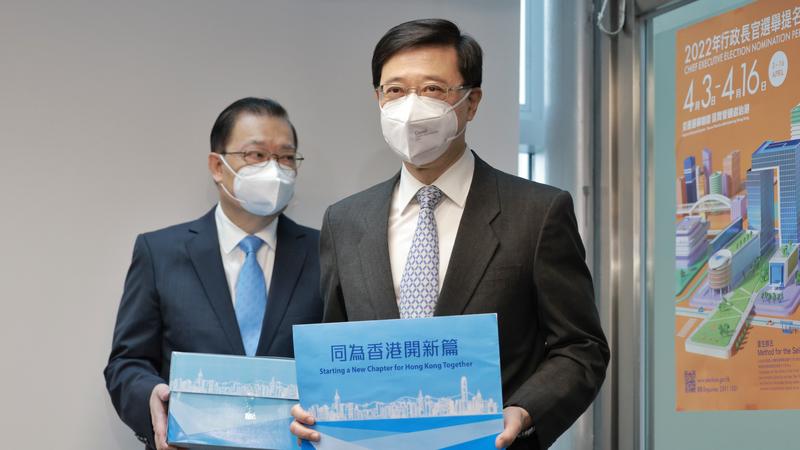 Hong Kong chief executive candidate John Lee Ka-chiu reached out to grassroots families and ethnic minority representatives on Sunday to listen to their concerns and seek their views as he writes his political platform.

In Yau Ma Tei, Lee visited a single-parent family living in a subdivided flat, and an elderly woman living in a partitioned flat. Both the family and the woman are waiting for public housing. He listened to their difficulties and pledged to double government efforts related to housing and land supply.

Chief executive candidate John Lee Ka-chiu said he will not underestimate the difficulties in increasing the housing supply. He will consider reducing or compressing relevant procedures to speed up home construction

Describing housing issue as a “key” to many other social problems, Lee said he will not underestimate the difficulties in increasing the housing supply. He will consider reducing or compressing relevant procedures to speed up home construction.

Lee said he already has some plans in this aspect, and will include them in his political platform. He added that if he is elected, housing will be at the top of his administrative agenda.

He exchanged views with several ethnic minority representatives, saying after the meeting that he had a better understanding of the varied religious and livelihood needs of different ethnic minorities. He also vowed to promote communication with the groups to build a harmonious society.

Tam Yiu-chung, the director of Lee’s election office, said Lee is expected to finish his political platform this week, and a news conference will be held to explain the initiatives.