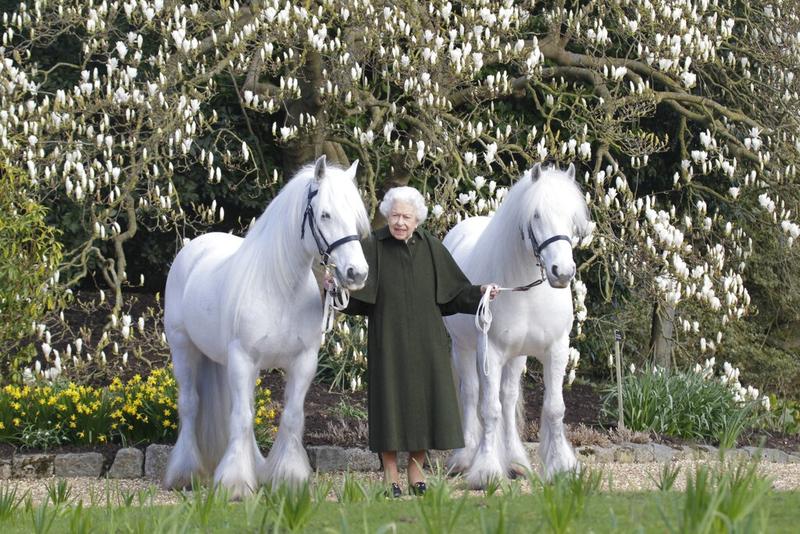 In this photo released by Royal Windsor Horse Show on Wednesday, April 20, 2022 and taken in March 2022, Britain's Queen Elizabeth II poses for a photo with her Fell ponies Bybeck Nightingale (right) and Bybeck Katie on the grounds of Windsor Castle in Windsor. (HENRYDALLALPHOTOGRAPHY.COM / ROYAL WINDSOR HORSE SHOW VIA AP)

LONDON - The 96th birthday of Queen Elizabeth will be marked on Thursday with gun salutes, the release of a Barbie doll and a new photograph showing Britain's longest serving monarch with two white ponies at Windsor Castle.

Government ministers joined members of the royal family in sending their best wishes to the queen, who has stepped back from most public duties this year over concerns about her health. She will spend her birthday in Sandringham, Norfolk.

"An inspiration to so many across the UK, the Commonwealth and the world, it's particularly special to be celebrating in this Platinum Jubilee year," a message from the queen's grandson Prince William and his wife Kate said on Twitter.

The monarch's birthday will be marked by a gun salute in London's Hyde Park and the release of a photograph showing the queen, dressed in a long dark green coat, standing between two white ponies

Elizabeth became the queen of Britain and more than a dozen other realms including Canada, Australia and New Zealand on the death of her father King George VI on Feb 6, 1952, while she was in Kenya on an international tour.

ALSO READ: Prince Harry says he made sure queen 'protected' during trip

The news was broken to her by her husband Prince Philip, who died last year aged 99 after more than seven decades by her side.

When she ascended the throne, Josef Stalin, Mao Zedong and Harry Truman were running the Soviet Union, China and the United States, respectively, while Winston Churchill was British prime minister.

The monarch's birthday will be marked by a gun salute in London's Hyde Park and the release of a photograph showing the queen, dressed in a long dark green coat, standing between two white ponies.

A Barbie doll dressed in an ivory gown with a blue sash was also released to mark the celebration of the queen's Platinum Jubilee this year. 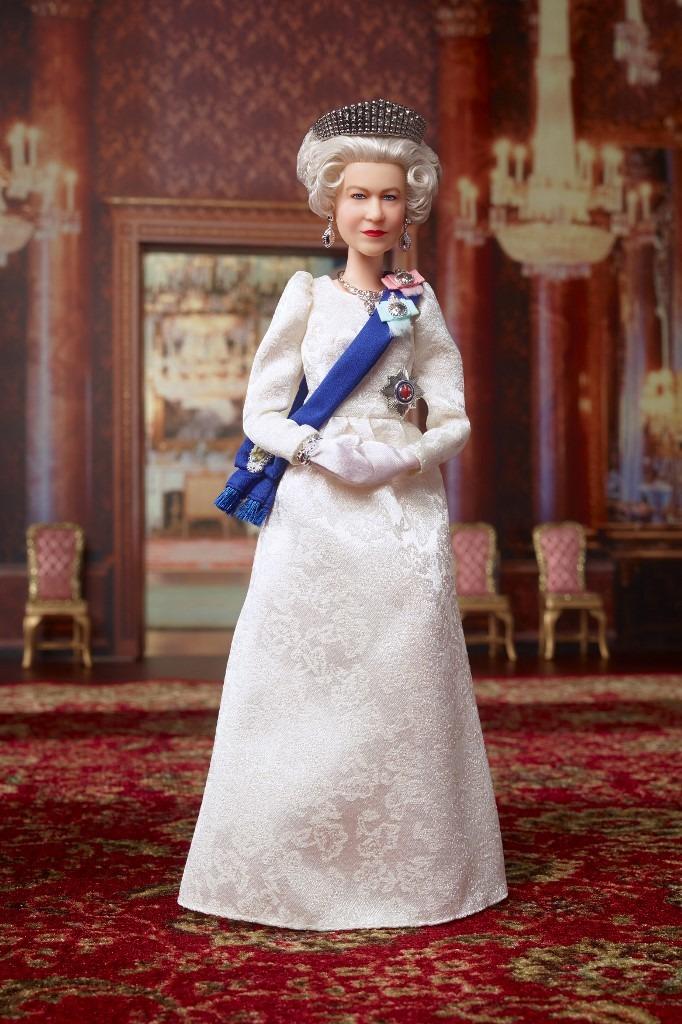 Queen Elizabeth has largely avoided the public spotlight after spending a night in hospital in October for an unspecified ailment and being ordered to rest. She tested positive for COVID-19 in February and has said she was left very tired and exhausted.

While continuing to hold meetings online, she has missed several large events, such as the Remembrance Sunday gathering and Easter service.