By Wang Zhan and Ao Yulu 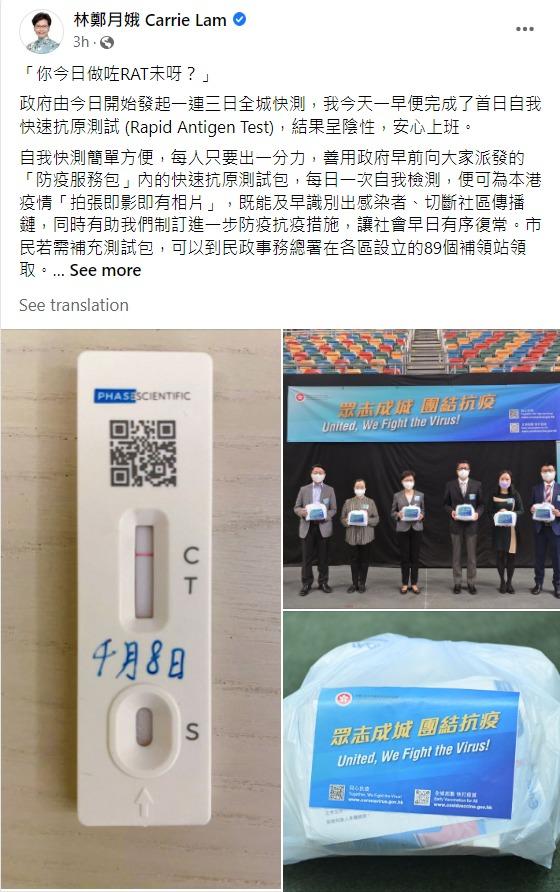 HONG KONG - The Hong Kong government has called on residents to report their positive COVID-19 infections within 24 hours for follow-up as a voluntary three-day self-test exercise began on Friday.

Though the testing is not mandatory, Lam said she hopes every Hong Kong resident will contribute to the virus battle and help achieve the goal of containing COVID-19 as soon as possible.

In a social media post, CE Carrie Lam shared her negative test result after conducting a self-test Friday morning. She said the rapid antigen test is easy to perform and called on all Hong Kong residents to unite in fighting the pandemic

Hong Kong residents are encouraged to test themselves every day from April 8-10 using the kits that were delivered to their homes and report any infections to authorities within 24 hours. The residents can also get the kits at the city’s 89 distribution points.

More than 110,000 RAT kits have been given out at the centers since they began operation on Thursday.

In a social media post, Lam shared her negative test result after conducting a self-test Friday morning. She said the rapid antigen test is easy to perform and called on all Hong Kong residents to unite in fighting the pandemic.

A number of other Hong Kong officials, including Secretary for the Civil Service Patrick Nip Tak-kuen and Secretary for Food and Health Sophia Chan Siu-chee, also made the appeal on their social media channels. 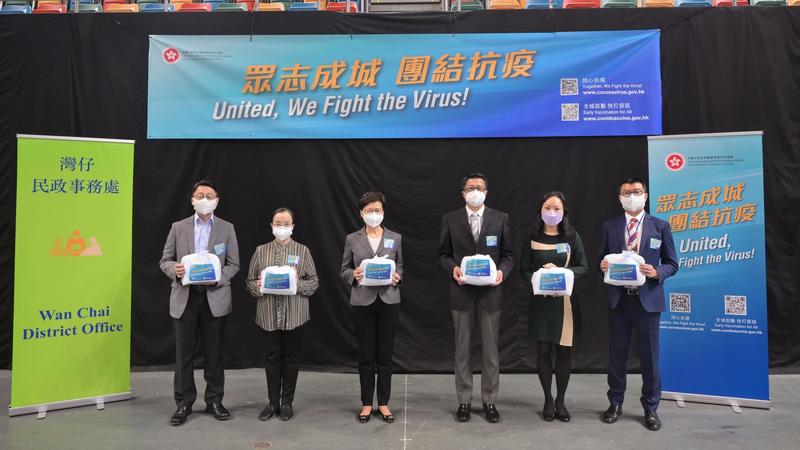 On his official Facebook account, Nip shared tips for conducting the self-test, including washing the hands and blowing the nose before doing the RAT.

A short message with the reporting website link that encourages people to take the tests was sent to the public on Friday morning.

The government has also put up full-page newspaper ads appealing to residents to test themselves daily from Friday to Sunday to help cut off virus transmission so that society can return to normal.