By Xinhua and China Daily 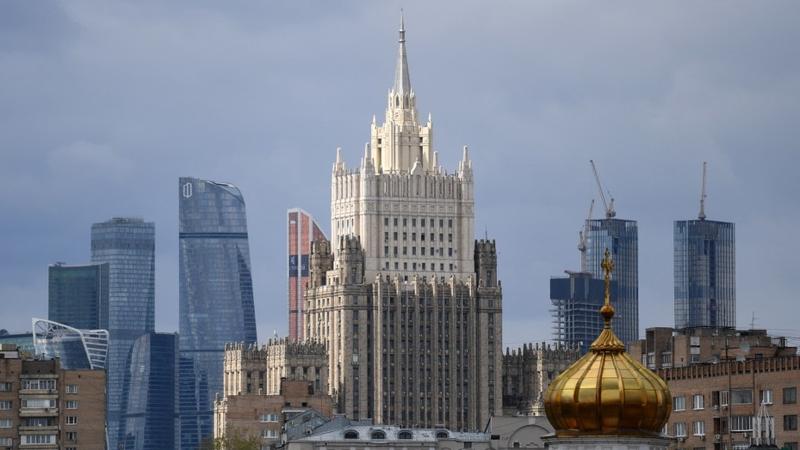 This photo shows a view of the Russian Foreign Ministry headquarters in Moscow on April 29, 2021. (NATALIA KOLESNIKOVA / AFP)

MOSCOW - The Russian Foreign Ministry said Thursday that Moscow would retaliate against Washington's latest package of sanctions, adding that the response would not necessarily be symmetrical.

The US, as well as the United Kingdom, announced new sanctions against Russia on Wednesday. The White House also unveiled measures targeting Maria Vorontsova and Katerina Tikhonova, two adult daughters of Russian President Vladimir Putin, plus the wife and daughter of Foreign Minister Sergey Lavrov and members of Russia's Security Council.

"We will announce retaliatory measures in the near future... the blame for the destruction of Russian-US relations lies entirely with Washington," it said in a statement, citing Alexander Darchiev, who heads the ministry's North American affairs department.

Darchiev added that Washington's actions have become a routine practice, and the recent decision to impose a fresh package of sanctions against Russian officials and the country's financial sector show that the United States had clearly ran out of restrictive measures.

We will announce retaliatory measures in the near future... the blame for the destruction of Russian-US relations lies entirely with Washington.

"Not a single aggressive attack against Russia will go unanswered," he said, adding that this would only unite the Russian people, and end in "a humiliating defeat" for the enemy.

Anatoly Antonov, Russian ambassador to the US, said the latest sanctions imposed by the United States on Russian banks are a direct attack on the citizens of Russia and also are damaging the global economy.

Antonov said the Biden administration's nonstop sanctions show Washington's true aspirations. "An example is the restrictions against Sberbank and Alfa-Bank, where most Russians keep their savings. This is a direct attack on the Russian population, ordinary citizens," Tass news agency quoted him as saying.

By imposing new sanctions, Washington continues to damage the global economy, Antonov said, adding that the attempts of the US to make it difficult for Russia to service public debt are puzzling. 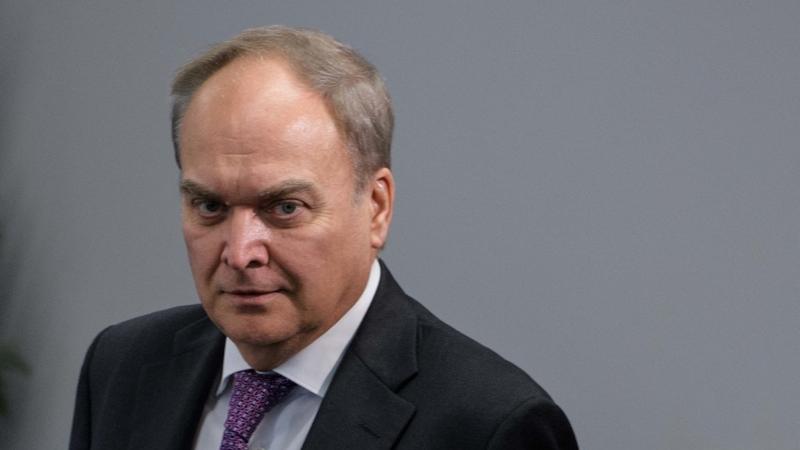 Russia's Ambassador to the US, Anatoly Antonov, arrives for an address by former US Secretary of State Rex Tillerson at a forum on US-South Korea relations at the Atlantic Council in Washington, DC on Dec 12, 2017. (MANDEL NGAN / AFP)

When declaring "full blocking" sanctions on Sberbank and Alfa-Bank, the White House said all new US investment in Russia was now prohibited.

The UK froze the overseas assets of Sberbank and Credit Bank of Moscow, and vowed to eliminate all Russian oil and gas imports by the end of the year.

The European Union is also poised to implement a fifth round of sanctions cutting off Russian coal imports－and European Council President Charles said that it must also "sooner or later" impose oil and gas sanctions.

By imposing new sanctions, Washington continues to damage the global economy, said Russian ambassador to the US Anatoly Antonov, adding that the attempts of the US to make it difficult for Russia to service public debt are puzzling

Western powers have already pummeled Russia with debilitating economic sanctions, which forced Moscow on Wednesday to make foreign debt payments on dollar-denominated bonds in roubles, raising the prospect of a potential default.

Their actions followed an international outcry as Ukraine said its forces found hundreds of dead civilians around Kyiv, including the town of Bucha, after the pullout of Russian troops.

The Kremlin denies responsibility and has claimed Kyiv staged the civilian deaths－with Putin on Wednesday accusing Ukrainian authorities of "crude and cynical provocations" in Bucha.

Peace talks between the sides have so far gone nowhere, although Moscow says it is ready to continue.

The Russian withdrawal from areas around Kyiv and farther north is part of a shift toward Ukraine's southeast, in a bid to create a land bridge between Crimea and the Donbass region, military analysts believe.

Biden's National Security Advisor Jake Sullivan said on Monday that Russia probably plans to deploy tens of thousands of soldiers in eastern Ukraine as it shifts its focus to the country's south and east.

The goal is likely to "surround and overwhelm" Ukrainian forces in the region, Sullivan said.

However, NATO Secretary General Jens Stoltenberg said there was no sign Putin had dropped "his ambition to control the whole of Ukraine".

He added, "We are now in the critical phase of the war, which is that Russia is moving forces out of the north to reinforce them, to resupply them, to rearm them, and then to move them into the east, where we are expecting a major offensive."

Agencies and Ren Qi in Moscow from China Daily contributed to the story.