People relax at a promenade next to Victoria Harbor in Hong Kong on April 6, 2022. (DALE DE LA REY / AFP)

HONG KONG - Hong Kong reported 2,644 new COVID-19 cases on Thursday as government health experts recommended that residents aged 60 and above should get a fourth vaccine jab.

He said 1,368 infections were confirmed through nucleic acid tests and 1,276 by rapid antigen tests.

He said the medical experts made the recommendation due to the high infection and fatality rates among the elderly.

“So, the scientific committee has recommended an additional dose for better protection,” Au said, adding that the elderly can get their fourth jab three months after receiving their third shot.

Au said the experts were still reviewing the clinical evidence to see if residents from other age groups should also get a fourth jab.

He added that the experts also recommended that patients who did not receive a jab before they got infected should get their first dose a month after their recovery, and not wait for three months as was previously recommended. 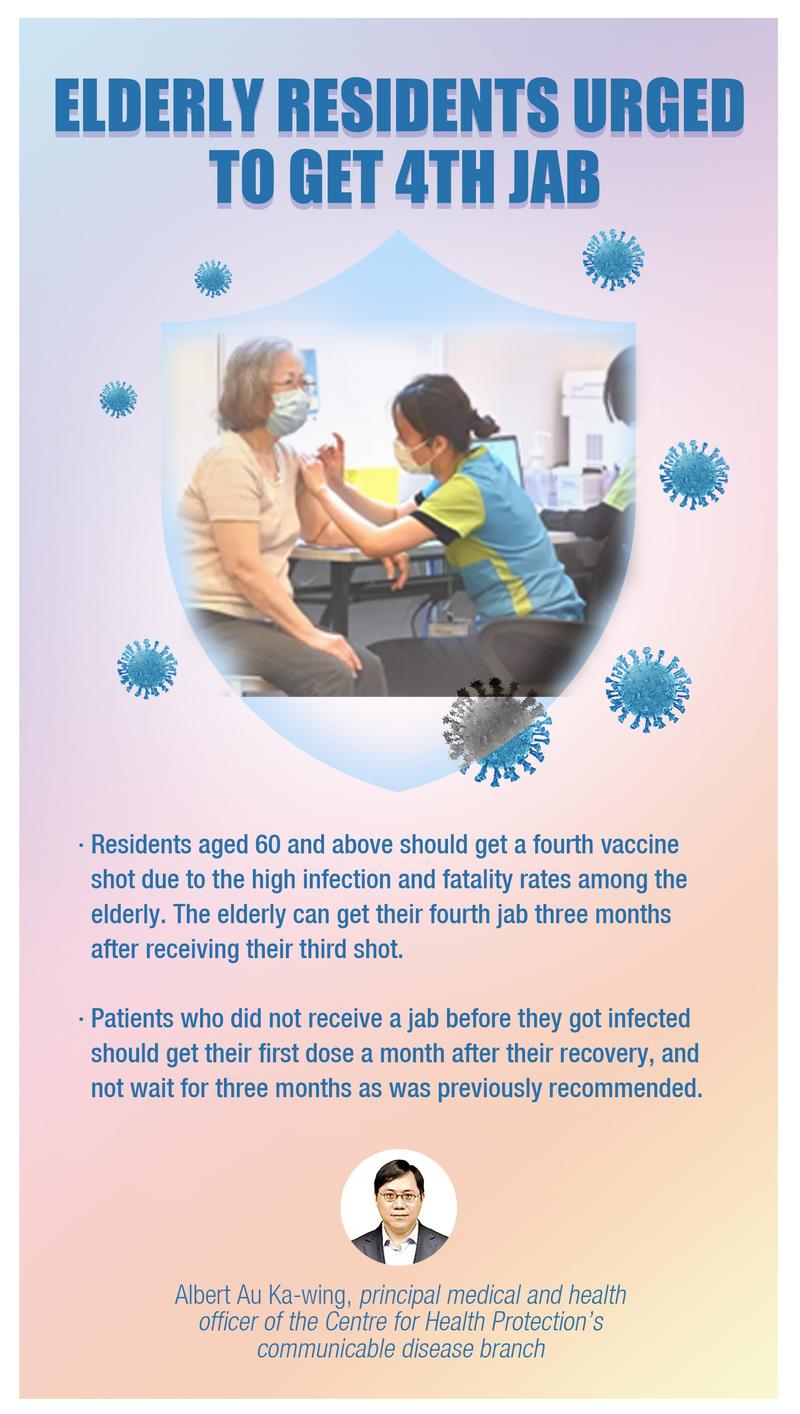 Au also said that 97 patients infected with COVID-19 passed away, including seven patients whose deaths were not imported earlier.

Lau Ka-hin, chief manager (quality and standards) of the Hospital Authority, said in the same briefing that the 90 patients who died in the last 24 hours comprised 52 men and 38 women aged 27 to 104 years old.

He said 48 patients came from residential care homes and 44 were not vaccinated.

The 27-year-old patient who died had asthma and was negative for the virus when he went to the Eastern Hospital on March 16 due to an asthma attack.

He was discharged on March 18 after his condition stabilized but a virus test result later showed that he had COVID-19 and had a high viral load.

Yesterday, he suddenly lost consciousness and his family called for an ambulance. The medics tried to revive the patient, who had no pulse and was not breathing, but he passed away, Au said.

He added that there  were 12 critical patients being treated in public hospitals, 21 in serious conditions, and 75 in intensive care units.