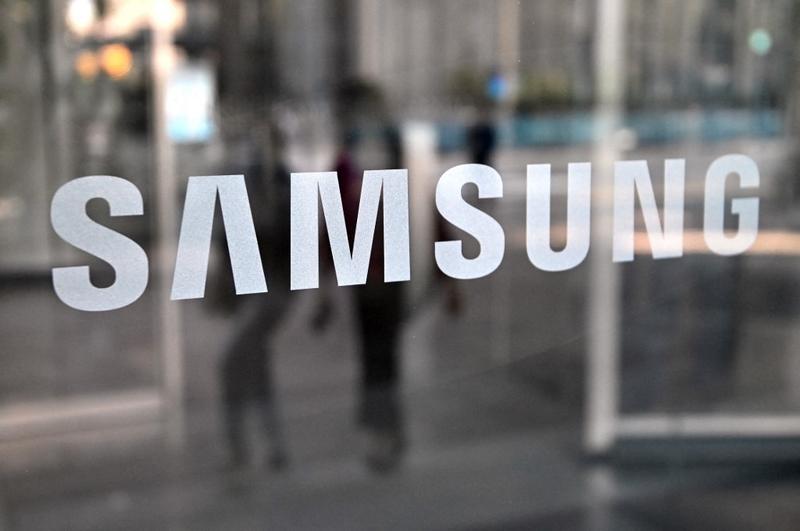 In this file photo taken on Oct 27, 2021, people walk past the Samsung logo displayed on a glass door at the company's Seocho building in Seoul after South Korean tech giant Samsung Electronics posted a 28-percent jump in operating profit. (JUNG YEON-JE / AFP)

The operating profit of Samsung Electronics surged 50.3 percent over the year to 14.1 trillion won ($11.6 billion) in the first quarter

The preliminary revenue hit a new high of 77 trillion won ($63.2 billion) in the January-March quarter, up 17.8 percent from the same quarter of last year.

Net income and detailed earnings on each business unit will be announced later this month after an external audit and the board of directors' approval.