Rising hunger looms in Sudan, with little aid in sight 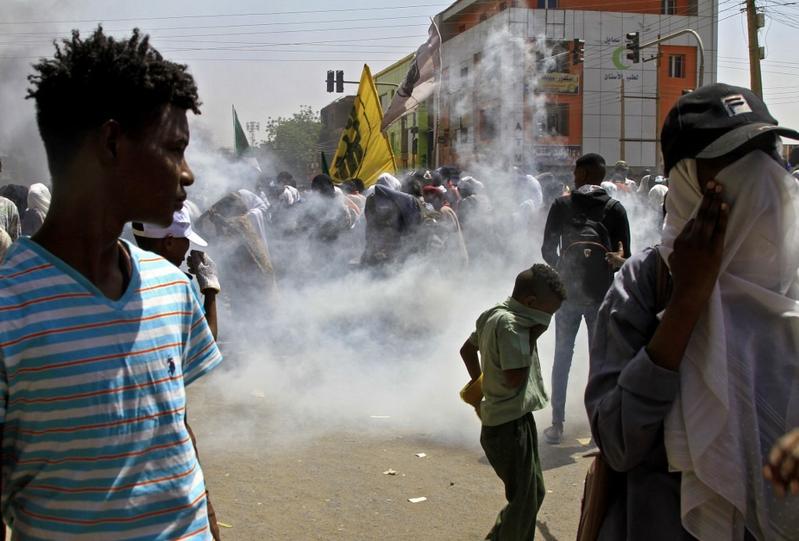 KHARTOUM – Millions more Sudanese are set to go hungry this year as economic turmoil and erratic rains drive up prices and reduce harvests, with a halt to foreign assistance and the war in Ukraine putting food supplies at further risk.

Sudan has been mired in economic crisis since before the overthrow of President Omar al-Bashir in an uprising in 2019. A transitional government attracted billions of dollars in international support, but that was suspended after the military takeover, placing Sudan on the brink of economic collapse.

Currency devaluations and subsidy reforms have driven up prices, and inflation is running at more than 250 percent. In the capital Khartoum, the cost of ever-shrinking small loaves of bread has risen from 2 Sudanese pounds two years ago to about 50 pounds ($0.11) today.

Some 87 percent of Sudan's imported wheat comes from Russia and Ukraine, according to FAO data, making it one of the Arab world's most exposed countries to the war in Ukraine.

"If this measly piece of bread is 50 pounds, what kind of life can we have?" said Haj Ahmed, an elderly man at a vegetable stall in Alhalfaya, on the capital's outskirts.

The burden of all this political mayhem falls on the citizen.

Last week the World Food Programme estimated that the number of people experiencing levels of hunger that will force them to sell essential assets, or who will have nothing more to sell, will double by September to 18 million.

Aid agencies have long worked to help the rural poor and people displaced by war in Sudan. In 2019 the WFP extended its operations to urban centers for the first time.

"This jump didn't happen yesterday or a couple months ago, it's been building," said Marianne Ward, WFP deputy country director.

"It's not exclusively driven by conflict anymore, it's also about structural issues such as inflation (and) availability of foreign currency," she said.

Inflation means farmers are unable to afford inputs including seeds, fertilizers and fuel, experts say. There has also been increased unrest in some important farming regions, and rainfall has been scarce in some places and too heavy in others.

Yields of sorghum, millet and wheat are 30 percent lower than they have been on average over the past five years, the Food and Agriculture Organization and the WFP estimate.

Sudan will face its first deficit of sorghum, the country's traditional staple grain, since the droughts that ravaged the region in the 1980s, UN agencies project. Prices have doubled in the past four months, one trader said. 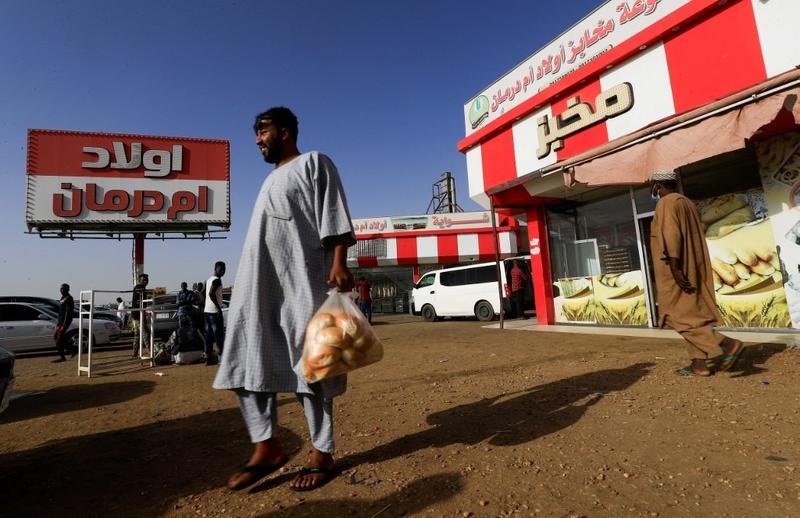 A man leaves a bakery with a bag of freshly-baked bread in the Sudanese capital Khartoum on March 17, 2022. (ASHRAF SHAZLY / AFP)

The ministries of finance and agriculture did not respond to requests for comment.

Billions of dollars of World Bank and IMF financing, some earmarked for budget support and agricultural development, were frozen and could be lost because of the military takeover.

Direct humanitarian aid has continued but USAID and the WFP paused programs that had been aimed at supporting a transitional civilian government by covering about a quarter of last year's wheat consumption. The WFP says its food stocks in Sudan will run out in May without new funding.

Frequent protests against military rule, increasingly fueled by economic grievances, bring life to a halt in Khartoum and other cities.

"The burden of all this political mayhem falls on the citizen," said Ghareeballah Dafallah, an agricultural engineer in Alhalfaya who struggles to afford food and electricity. "People used to be ashamed to say they were hungry, but now it's clear."