This image made available by NASA on March 30, 2022, shows the star Earendel, indicated by arrow, and the Sunrise Arc galaxy, stretching from lower left to upper right, optically bent due to a massive galaxy cluster between it and the Hubble Space Telescope which captured the light. The mass of the galaxy cluster serves as a magnifying glass, allowing Earendel to be seen. (NASA, ESA, BRIAN WELCH (JHU), DAN COE (STScI); IMAGE PROCESSING: NASA, ESA, ALYSSA PAGAN (STScI) via AP)

LOS ANGELES - NASA's Hubble Space Telescope has detected the light of a star that existed within the first billion years after the universe's birth in the Big Bang - the farthest individual star ever seen to date.

The newly detected star is so far away that its light has taken 12.9 billion years to reach Earth, according to NASA

The finding has established an "extraordinary new benchmark," said NASA on Wednesday.

The newly detected star is so far away that its light has taken 12.9 billion years to reach Earth, according to NASA.

"We almost didn't believe it at first, it was so much farther than the previous most-distant, highest redshift star," said astronomer Brian Welch of the Johns Hopkins University in Baltimore, lead author of the paper describing the discovery, which is published in the journal Nature on Wednesday. 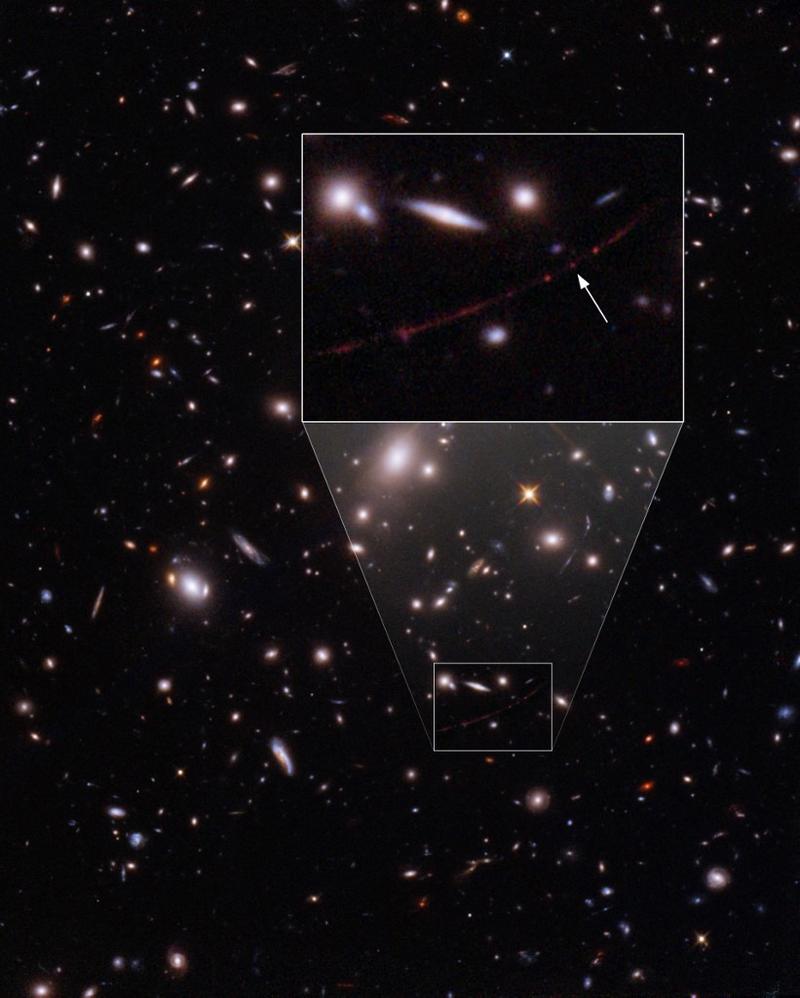 This image obtained from the European Space Agency on March 30, 2022, shows the star nicknamed Earendel (arrow) captured by the NASA/ESA Hubble Space Telescope, establishing a new record by detecting the light of a star that existed within the first billion years after the Universe’s Big Bang, the most distant individual star ever seen. (NASA/ESA / AFP)

The magnified star has been nicknamed "Earendel," which means "morning star" in Old English. 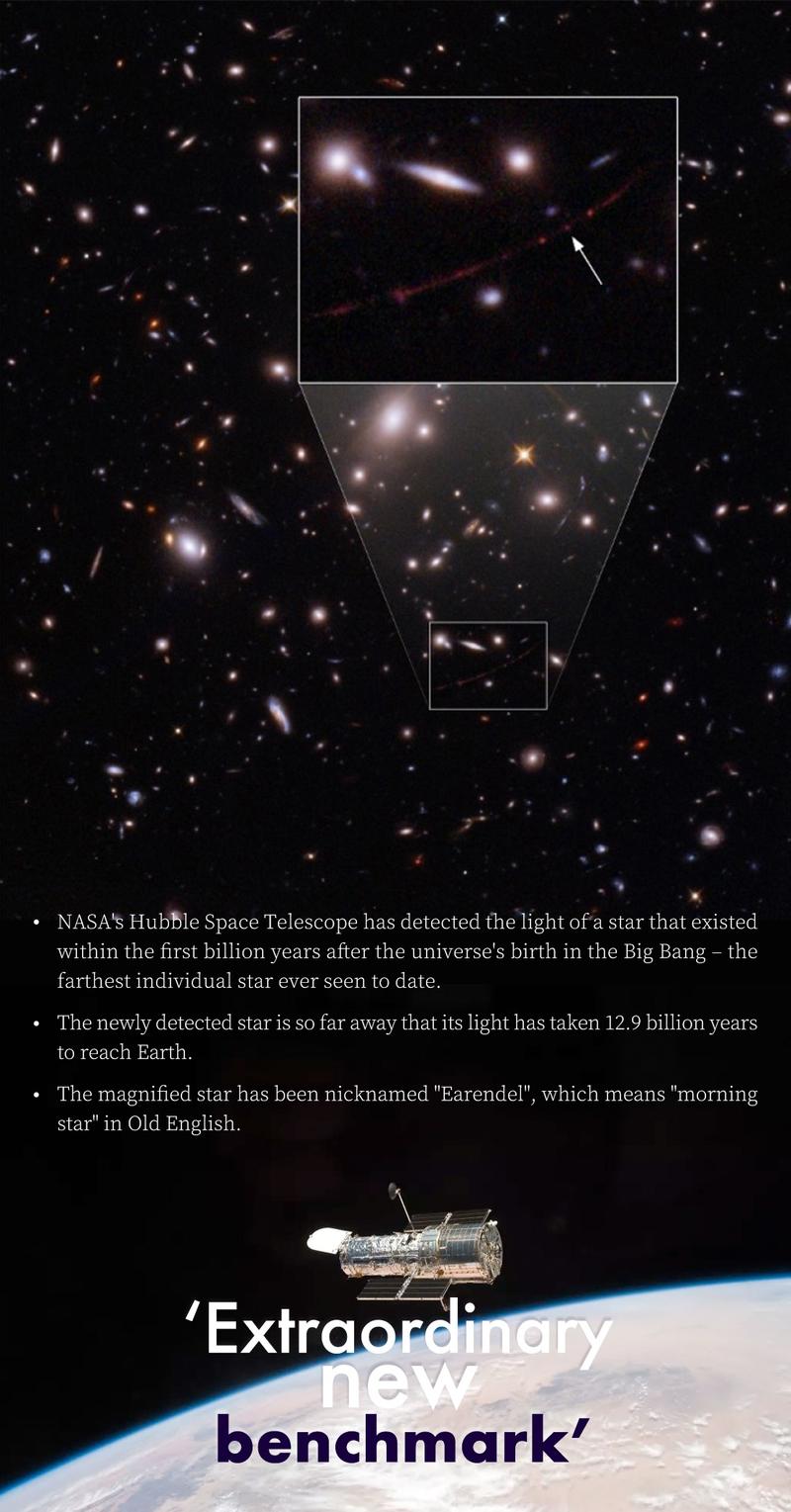