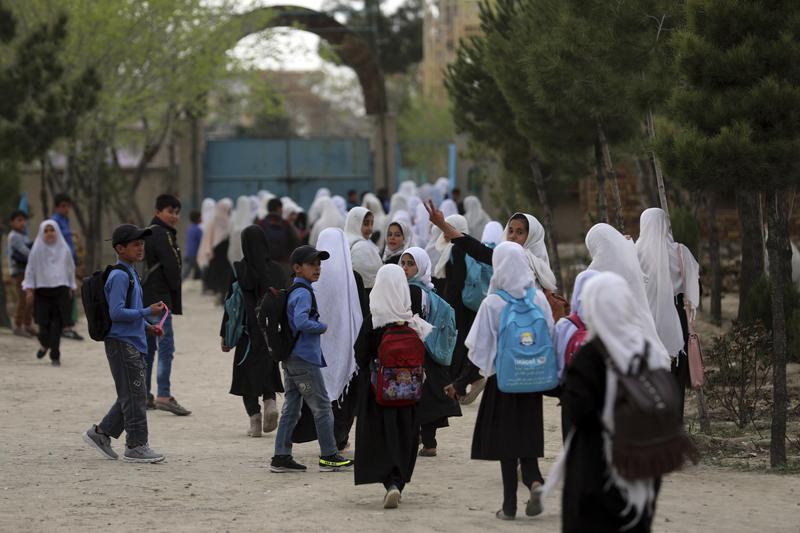 WASHINGTON - The World Bank has put four projects in Afghanistan worth $600 million on hold amid concerns over a decision by the country's ruling Islamist leaders to ban girls from returning to public high schools, the bank said.

The projects, to be funded under the revamped Afghanistan Reconstruction Trust Fund, were being readied for implementation by United Nations agencies to support projects in agriculture, education, health, and livelihoods.

The World Bank's guidance requires all ARTF-financed activities to support access to - and equity of services for - women and girls in Afghanistan, citing its deep concerns over the Taliban's ban on girls attending high school

But the bank's guidance requires all ARTF-financed activities to support access to - and equity of services for - women and girls in Afghanistan, the bank said, citing its deep concerns over the Taliban's ban on girls attending high school.

As a result, the bank said, the four projects will be presented to ARTF donors for approval only "when the World Bank and international partners have a better understanding of the situation and confidence that the goals of the projects can be met." It was not immediately clear when that could occur.

US officials last week canceled planned meetings in Doha with the Taliban over the decision to keep girls out of secondary school.

The executive board of the World Bank on March 1 approved a plan to use more than $1 billion from the ARTF fund to finance urgently needed education, agriculture, health and family programs that would bypass sanctioned Taliban authorities and disburse the money through UN agencies and aid groups.

The ARTF was frozen in August when the Taliban took power as US-led international troops departed after 20 years of war.

When it agreed to free up ARTF funds for new projects to be implemented by UN agencies, the World Bank had stipulated that it expected a "strong focus on ensuring that girls and women participate and benefit from the support."

The Taliban has unraveled gains in rights made by women during the last two decades, including restricting them from working and limiting their travel unless accompanied by a close male relative. Most girls were also barred from going to school beyond seventh grade.

But Taliban leaders had said all girls would be allowed to return to classrooms later this month.