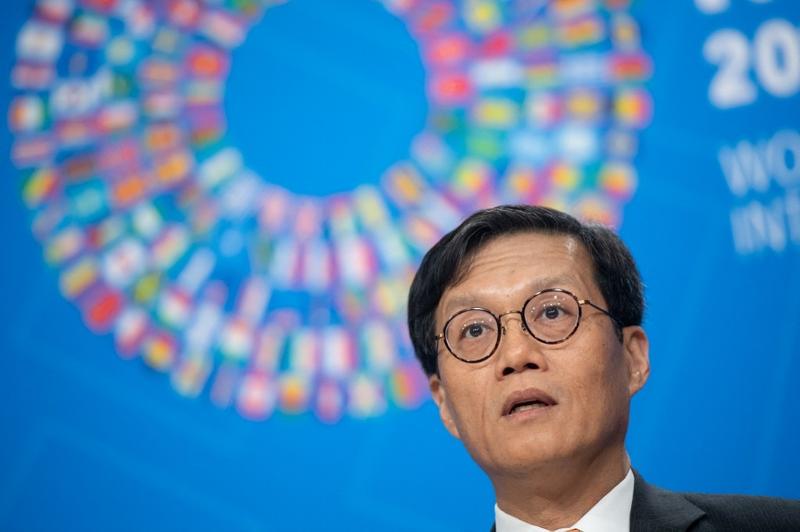 WASHINGTON - The ongoing Russia-Ukraine conflict has added uncertainty to the Asian economy, which already has to battle an Omicron-fueled COVID-19 surge and brace for tighter financial conditions, an International Monetary Fund official has said.

"We are now quantifying the impact through various channels ... but we don't have at this moment the exact number partly because there are still a lot of uncertainties," Changyong Rhee, director of the IMF's Asia and Pacific Department, told Xinhua in a virtual interview on Friday.

Changyong Rhee was just nominated as a candidate for South Korea's central bank governor and will relinquish his role at the IMF, according to an IMF statement published Wednesday

Rhee was just nominated as a candidate for South Korea's central bank governor and will relinquish his role at the IMF, according to an IMF statement published Wednesday.

Indonesia, which exports a lot of commodities, will be less affected by the current crisis, while South Korea, Japan and India, heavily reliant on oil import, will be negatively affected, Rhee said.

Rhee urged Asian governments to reduce fuel subsidies, which tend to benefit people with higher incomes as they consume more energy, and adopt targeted fiscal policies to support the poor households, who also need to cope with higher food prices amid the crisis.

Apart from the Russia-Ukraine conflict, Omicron's spread in the region and higher interest rates due to US monetary policy normalization are also headwinds for Asia's growth, Rhee said. "So all news doesn't seem to be good at this moment, and that will actually interact each other."

"So debt has increased quite significantly and high interest rates will definitely affect the borrowing cost and financing cost, could even slow down the economy," he said.

For China, the direct impact is "relatively small," Rhee said, adding that the increase in global oil prices will affect China and the slowdown in Europe might have an indirect impact on China's export.

China could boost consumption growth and roll out stimulus plans to help achieve its long-term objective of deleveraging as well as its short-term economic growth target for 2022 set at around 5.5 percent, the official suggested.

Predicting the Russia-Ukraine conflict's potential impact on globalization, Rhee, together with his colleagues, wrote in a recent IMF blog that it "may fundamentally alter the global economic and geopolitical order should energy trade shift, supply chains reconfigure, payment networks fragment, and countries rethink reserve currency holdings."

"I really hope that it's not happening that way, so that Russia and Ukraine have to resolve this issue quickly. I hope that globalization can continue," Rhee told Xinhua.

Noting that a setback for globalization would mean higher costs and smaller trade flows, Rhee stressed that trade is a great engine for growth. "The more people exchange, there are more ideas and more technology development."

"I hope that multilateralism prevails," he added.