UN calls for end to violence in Sudan, stability in Darfur region 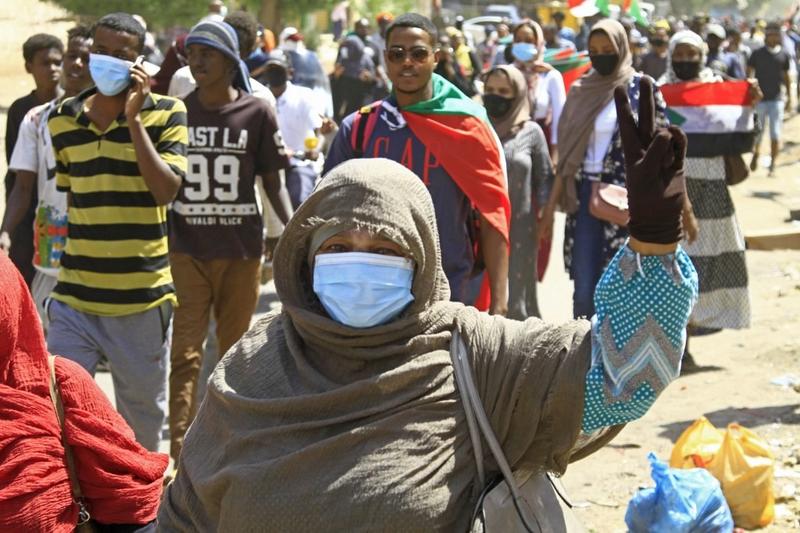 Sudanese anti-coup protesters take part in ongoing demonstrations against the military, in the Sudanese capital Khartoum on Feb 28, 2022. (PHOTO/ AFP)

KHARTOUM - The United Nations mission in Sudan on Saturday called on the Sudanese authorities to work to stop violence in all parts of the country and restore stability in Sudan's Darfur region.

The UN Integrated Transitional Assistance Mission in Sudan (UNITAMS) expressed in a statement concern over recent violent incidents in Darfur that left dozens of civilians dead, besides the death of two protesters in the capital of Khartoum.

The UN Integrated Transitional Assistance Mission in Sudan expressed in a statement concern over recent violent incidents in Darfur that left dozens of civilians dead, besides the death of two protesters in the capital of Khartoum

"Over the past week, the UN has received reports of violent incidents in and around Jebel Moon in West Darfur. This has included the burning of villages and the unfortunate death of tens of Sudanese, representing another alarming sign of the increasing instability in Sudan," the statement said.

ALSO READ: UN: Food stocks in Sudan could run out in one month

The statement stressed that "violence must stop all over Sudan, and those responsible must be held accountable."

Two protesters were killed during demonstrations in Khartoum on Thursday, according to non-governmental organizations.

Sudan has been suffering a political crisis after the general commander of the Sudanese Armed Forces Abdel Fattah Al-Burhan declared a state of emergency on Oct 25, 2021 and dissolved the Sovereign Council and the government.

Since then, Khartoum and other cities have been witnessing continued protests demanding a return to civilian rule.