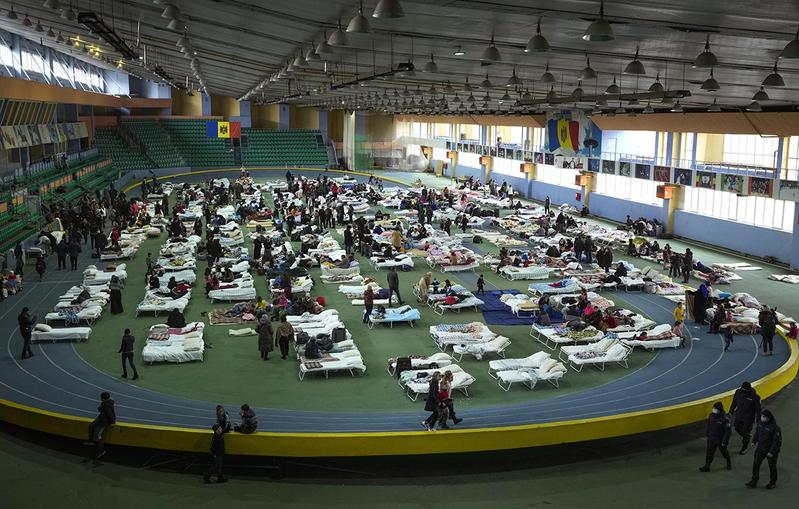 WASHINGTON－The International Monetary Fund says the conflict in Ukraine will have a "severe impact on the global economy", and that it is creating an adverse shock to inflation and economic activity at a time when price pressures are already high.

The conflict was already driving energy and grain prices higher and had sent more than 1.5 million refugees to neighboring countries.

While the situation remains highly fluid and the outlook is subject to extraordinary uncertainty, the economic consequences are already very serious.

"While the situation remains highly fluid and the outlook is subject to extraordinary uncertainty, the economic consequences are already very serious," it said in a statement on Saturday after a board meeting chaired by IMF Managing Director Kristalina Georgieva.

It said price shocks would be felt worldwide, and that authorities should provide financial support for poor households for whom food and fuel make up a higher proportion of expenses, adding that the economic damage would increase if the conflict escalated.

Sweeping sanctions imposed on Russia by the United States, European countries and others would also have "a substantial impact on the global economy and financial markets, with significant spillovers to other countries".

The board was expected to consider Ukraine's request for $1.4 billion in emergency financing as early as this week, the IMF said.

Moldova and other countries with close economic ties to Ukraine and Russia were at "particular risk" of scarcity and supply disruptions, the IMF said.

IMF staff were discussing funding options with Moldova, it said, which has requested an augmentation and rephrasing of its existing $558 million IMF loan program to help meet the costs of the current crisis.

In addition to economic damage, the number of refugees fleeing Ukraine reached 1.5 million on Sunday.

The United Nations Secretary-General Antonio Guterres said the UN is committed to scaling up its humanitarian operations to help both those who have stayed in Ukraine and the hundreds of thousands who have fled.

Tens of thousands of refugees have streamed into Moldova, one of Europe's poorest countries, straining its social services.

Hours before Blinken arrived, he visited the border of Ukraine in Poland, which has taken in 700,000 Ukrainians. Blinken told the Poles that Washington was seeking $2.75 billion to help tackle the humanitarian crisis.

France on Saturday accused Britain of inadequate response and "lacking humanity" in helping Ukrainian refugees who are seeking to join family members in the UK from the Channel port of Calais.

Hundreds of Ukrainians have arrived in Calais in the past few days hoping to join relatives already established in the UK.

The response of the UK is "completely unsuitable" and shows a "lack of humanity" toward refugees who are often "in distress", France's Interior Minister Gerald Darmanin said in a letter to his British counterpart Priti Patel, urging London to set up a proper consular presence in Calais to issue visas.

In the past days, 400 Ukrainian refugees have presented themselves at Calais border crossings, but about 150 were told to go away and obtain visas at UK consulates in Paris or Brussels, Darmanin said.

Darmanin and Patel have clashed in the past over how France and Britain tackle the issue of migrants, many from Africa and the Middle East, risking their lives by crossing the English Channel in makeshift dinghies.