The fine art of chiseling timber

Woodworking was a dying industry in Hong Kong until shifting sensibilities and a particularly fierce typhoon prompted a revival. Faye Bradley uncovers what matters most to today’s woodwork aficionados.

On SoHo’s Peel Street, a restored heritage building houses Crafts on Peel: a nonprofit venue and foundation. Here Hong Kong craftsmanship is celebrated through collaborations between traditional and modern designers and artists. Its current exhibition, Stories Encapsulated: Wood, pays homage to the local tradition of woodworking that once enjoyed a thriving international market.

The three-story space is showcasing a variety of wooden objects, some of them collaborative projects, made by local and overseas craftsmen. The works range from small decorative to furniture pieces, each with its own unique story. Master Siu Ping-keung and Ken Chow were inspired by the Nordic-style tambour cabinet to create Chamber of Time — its doors open to reveal intricate carved scenes depicting life in the Ming and Qing dynasties. A young trio — Yip Chun-hang, Jesse Hao and Roy Ng — carved Wood Tectonics, a pair of flower-shaped pieces, from pomelo and guava branches with a wood lathe. The Passage, a series of lacquered screw-pine utensils, are the handiwork of Master Wong Kin-hung and Jacky Lam. 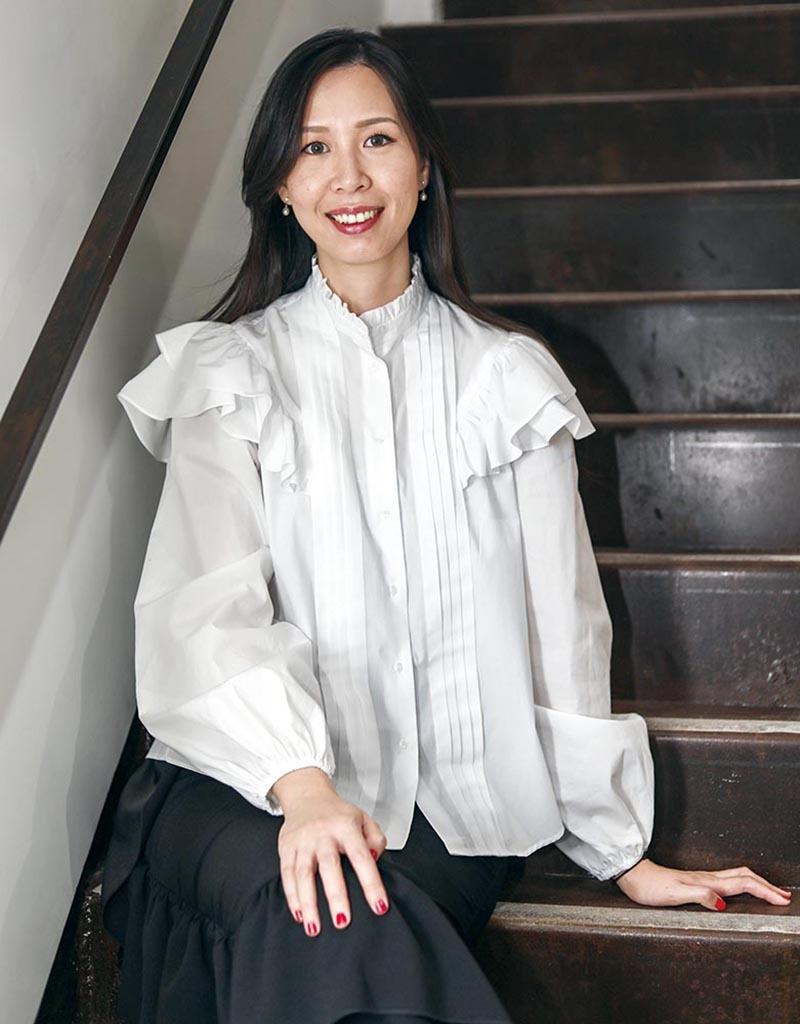 Joining past and future

Hong Kong has two styles of woodworking: modern and traditional. The modern form involves hammer and nails, while the traditional style sees joints carved and fitted together to form a rigid, self-supporting structure.

Processing wood was also an integral part of Hong Kong’s woodworking industry. Both imported and locally sourced timber would be sawed, sanded, dried and supplied to clients. “When the wood-processing industry was flourishing in Hong Kong, many sawmills were situated near the dockyards to produce lumber for shipbuilding and repairing,” says Penelope Luk, creative director at Crafts on Peel and co-curator of Stories Encapsulated. 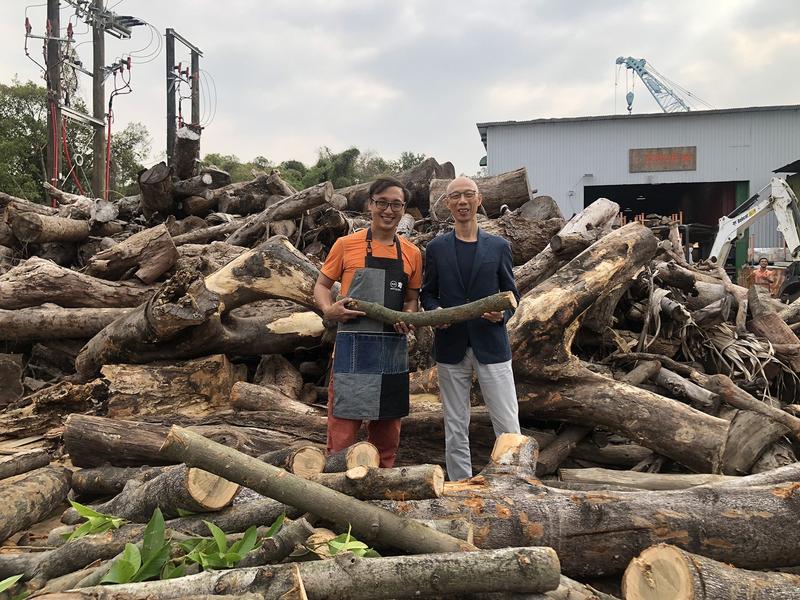 Hong Kong was famous for manufacturing furniture between the 1950s and ’80s, but demand declined thereafter as factories moved their operations to the Chinese mainland. New technologies came in, and the convenient binding power of glue and screws pushed out traditional methods. “As the economic paradigm shifted, many sawmills repositioned themselves to focus on waste recycling and wood renovation in Hong Kong,” Luk explains.

By the end of the ’80s, woodworking was a dying industry. However, a revival began after September 2018’s Typhoon Mangkhut uprooted tens of thousands of trees. These would have ended up in a landfill were it not for the HK TimberBank, created with the mission to recycle dead trees by turning them into furniture, with support from local artisans. 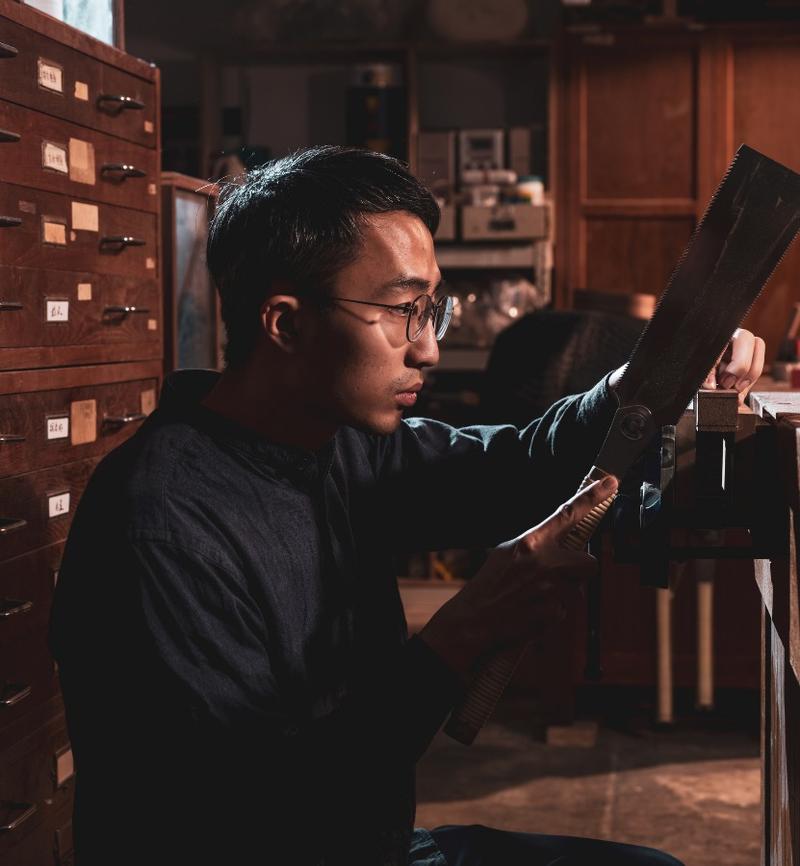 Ken Chow, co-curator of Stories Encapsulated: Wood and founder of Yat Muk Studio, an interior design and contracting firm, has made fostering the craft of woodworking his mission. (PHOTO PROVIDED TO CHINA DAILY) 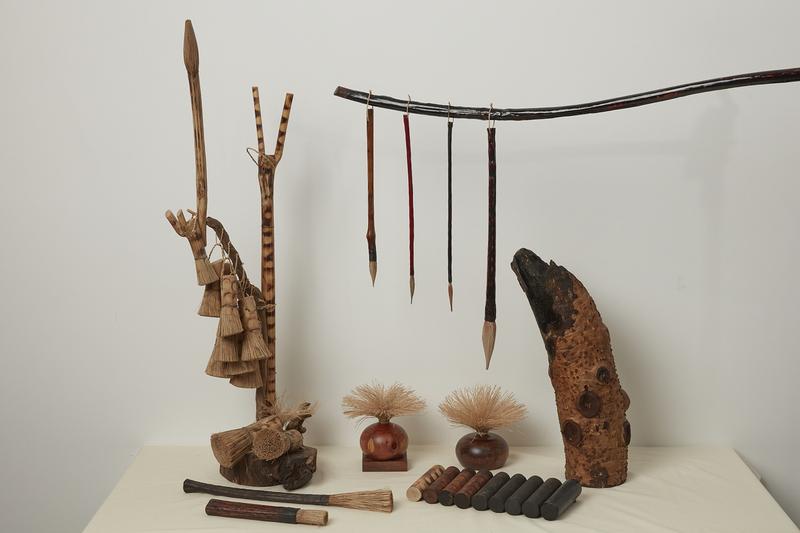 The Passage, created by Master Wong King-hung and Jacky Lam. In the handiwork, Wong, a traditional craftsman with a deep knowledge of screw pine, explores the material’s possibilities with Lam, a contemporary artisan. (PHOTO PROVIDED TO CHINA DAILY)

In addition, the past decade has seen more professional and amateur wood craftsmen participating in classes, and sculpting toys, furniture and tableware. “Although we may just be at the beginning of the revival of the woodwork industry in Hong Kong, I believe that the industry will have a resurgence under a new model in the following 20 or 30 years,” says Chow, also a co-curator of Stories Encapsulated.

The family-run Chi Kee Sawmill & Timber in Sheung Shui is possibly the largest of Hong Kong’s surviving traditional sawmills. Wong Hung-kuen took over the 10,000-square-foot space from his father, who founded the company in 1946. “There are over 100 years of history in the Hong Kong woodworking industry, and although it’s changed, it will always exist,” says Wong. Interestingly, the sawmill has a cult social media following, its digital channels managed by Wong’s daughter. Before the pandemic put a pause on such activities, the company regularly hosted workshops that filled up quickly — a positive sign of the public’s renewed interest in the woodworking tradition. 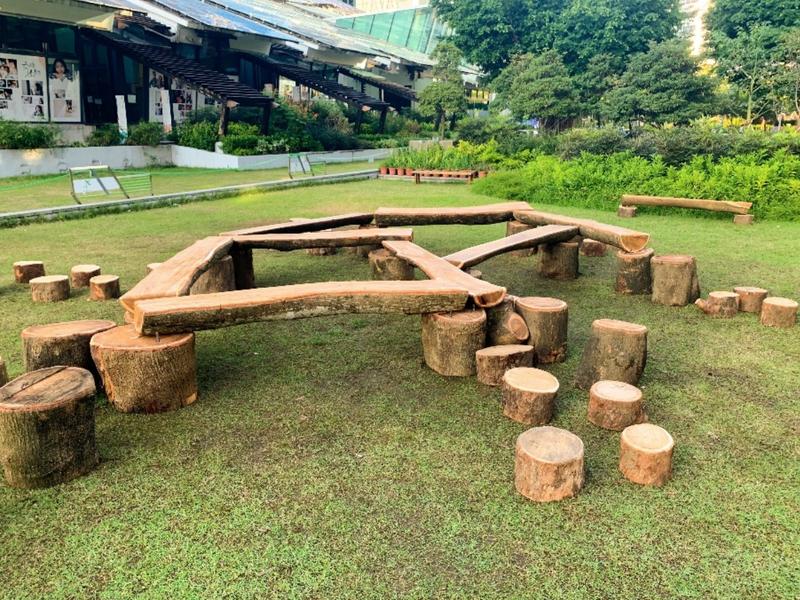 The Sustainable Construction Playground at the CIC-Zero Carbon Park. The playground equipment was upcycled from abandoned timber. (PHOTO PROVIDED TO CHINA DAILY)

There is a growing appreciation for artisanal skills, as well as pride in local heritage, particularly as it relates to industries under threat. As Luk notes: “Each craftsman puts in their sweat and tears, overcoming challenges and continuously enhancing their skills to produce the wooden objects we see before us.” 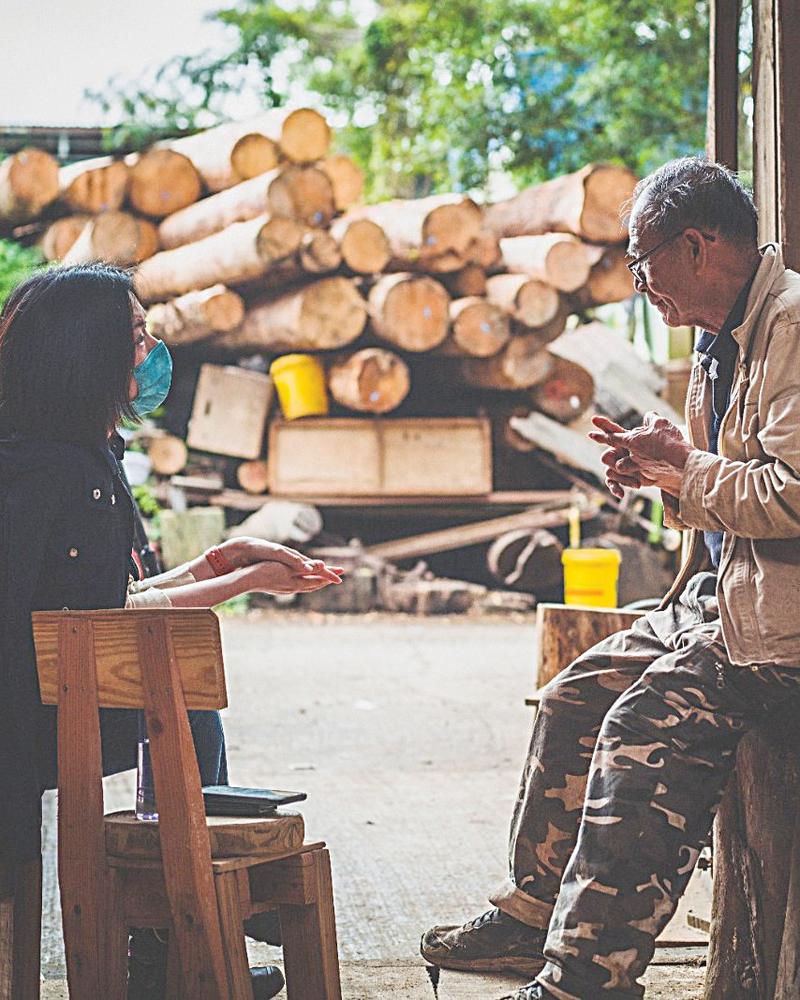 Drewswork Workshop participants display their foldable stools at the end of a woodworking class. The company is offering only one-on-one or single-family classes in response to the local COVID situation. (PHOTO PROVIDED TO CHINA DAILY)

Despite the plethora of choices in the market, the “made in Hong Kong” tag has a special appeal for buyers. Many are willing to pay higher prices for such exemplars, says Wu. Hong Kong designers tend to combine modern and traditional Chinese styles, while Wu herself uses modern technologies such as laser cutting and 3D printing. Venues like the MakerHive in Kennedy Town — a coworking space for designers — provide facilities that include woodworking tools. “Craftsmanship is (part of the) intangible heritage embedded into Hong Kong’s social networks and deeply rooted in its communities,” Luk notes. “It’s important for us to revitalize craftsmanship so that future generations can continue to celebrate our cultural heritage.”

Recent woodworking workshops, geared toward a growing community of aficionados, have covered techniques ranging from mortise and tenon to lacquering to carving. HKIC offers a free, one-year Diploma in Construction (Joinery) (face-to-face training is temporarily suspended because of the fifth wave). The Drewswork Workshop in Fo Tan, founded by a master carpenter from Germany, until recently hosted a beginner’s class that was typically full, despite taking place on weekdays. Since the latest COVID-19 surge in Hong Kong, the establishment offers only private workshops for members of the same family or one-on-one classes.

Chow notes that the most effective way to preserve the woodworking tradition is to create and maintain demand. He adds that this is not always possible, however, bearing in mind the need for artisans to make a profit, and the painstaking hours of labor involved, particularly for custom pieces. As for Luk, she highlights the contribution of every member of the community, including apprentices, artisans, designers, creatives, aficionados, collectors and end users: “The key for traditional crafts to enter modern life is to have a group of passionate and dedicated inheritors and contributors within the ecosystem.”

Date: Through May 21 (visits by appointment)