Influencer marketing has taken the world by storm. But credibility and trust remain key to ensuring the success of the products market influencers promote. Wang Yuke reports from Hong Kong. 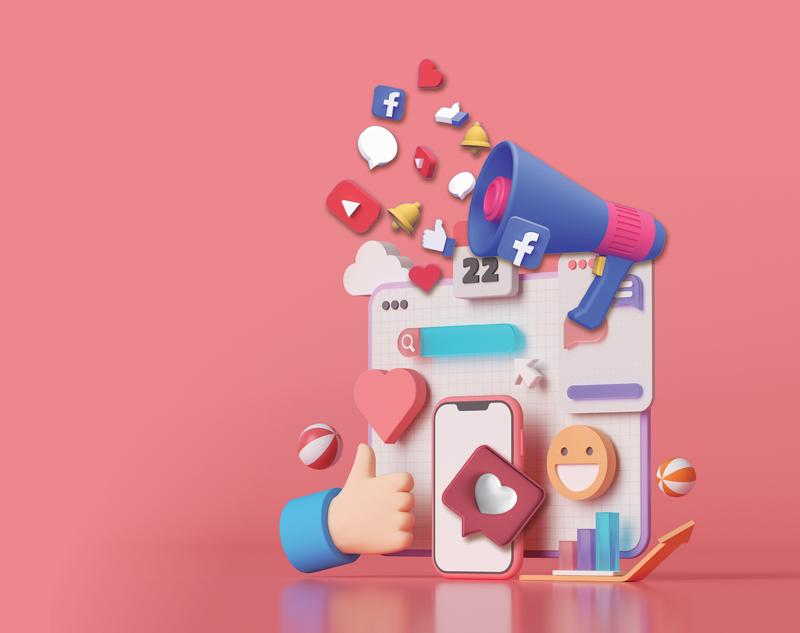 Joanne (real name withheld on request), a Hong Kong blogger and lifestyle influencer with 112,000 followers on Instagram, was asked by operators of 100 brands and local restaurants to get their labels far and wide to potential consumers.

Appetite-whetting shots of dishes and glossy photos of Joanne on Instagram, indulging in a table spread with food, and close-ups of her showcasing beauty products from the perfect angle and with an infectious grin on her face, proliferate her social media platform.

Joanne takes pleasure in recommending goodies to her followers, and her brand partners are grateful for what they have got in return — avid customers. It’s a reciprocal digital marketing strategy that has been sweeping across the world.

Brands are looking to tap into the trust that these creators have built, but creators also needs to take responsibility for the products and services they endorse.

Influencer marketing has seen exponential growth in just five years — growing from a global market value at $1.7 billion in 2016 to $9.7 billion in 2020, and further to $13.8 billion last year, according to Statista. The momentum is expanding rapidly. The industry is projected to hit $15 billion in value this year, and the market will reach $24.1 billion by 2025. On Instagram alone, the number of brand-sponsored influencer posts soared from 1.26 million in 2016 to 6.12 million in 2020.

According to a Chinese mainland consumer survey conducted by Rakuten Insight, as of October 2020, about 81 percent of respondents on the Chinese mainland who had followed at least one influencer on social media had purchased the products endorsed by the influencer. The corresponding number in Hong Kong was 55 percent. The numbers not only speak volumes about influencers’ sway over their audience’s buying habits, but also explain why influencer marketing has become an integral marketing tactic for brands.

Influencer marketing is a by-product of social media and the key opinion leaders phenomenon. Brands were not involved in influencers’ creation until recent years, says Ivy Dang Chu, assistant professor of marketing at the University of Hong Kong.

“Influencer marketing” isn’t a novel concept. It has its roots in “word of mouth marketing” that had proven to be effective in the 1980s, notes Kimberly Whitler, author of Positioning for Advantage, a guidebook for brand strategies. In the United States, for example, a TV commercial for Faberge Organics’ hair product, which says, “It was so good, I told two friends about it and they told two friends, and so on, and so on …”, while the image of the actress speaking in commercial multiplied. “It highlighted the power of WOM marketing. Thus, concepts like referrals were invented to encourage and motivate consumers to share their good experience with others,” Whitler says.

Online media has broken the shackle that confines the commercials to television, video, billboards and leaflets, “Enabling (ordinary or celebrity) consumers to directly share their experiences with thousands, or even millions, of consumers through product reviews and social media posts,” Whitler adds.

Some brands took the initiative to collaborate with social media influencers (SMIs) who had amassed a sizeable following, and reaped the tangible benefits. Then more brands swooped in, leveraging the unparalleled influence and persuasive power of SMIs to boost brand publicity and awareness, amplify brand advocacy and reach segmented consumers.

There is a bunch of benefits that influencer marketing can bring to brands.

It’s an easier and a faster alternative to traditional advertising for brands striving to build up trust and credibility. It takes time to win over customers, earn their trust and loyalty. But influencers have acquired an established faith from their followers. When influencers speak highly of a brand or product, their followers tend to buy it and follow suit. “The individuals (influencers) can be perceived as more credible and independent than a brand. Consumers are likely to respect, trust and listen to their opinions and statements more than the manufacturer (who speaks for itself),” says Whitler.

A matter of trust

The “mimicry effect”, or doppelganger effect, plays the trick, says Chloe Ki Chung-wha, assistant professor of fashion retail and marketing at PolyU. Nuanced with the “conformity effect” which describes people’s conscious imitation of others with a clear goal, such as trying to socially fit in or please others, “mimicry” can be both conscious and unconscious, Ki explains. Putting it into perspective, when followers feel the desire to look or behave like their idolized influencers, they tend to mimic intentionally. But, at other times, followers, driven by their faith in the influencers, mimic the influencers’ choice unwittingly. Whether the mimicry is conscious or subtle, it can be effectively monetized by brands.

The advertising content created by influencers is often more engaging to watch and absorb than the content invented by the brand itself, says Gu. Before the rise of influencer marketing, brands would write up their own content of communication. But since it occurred to them that influencers are sophisticated in incorporating storytelling into advertorial content, brands have given influencers the floor to do the job, she says.

Joanne has acquired the knowhow in curating sponsored content through experimentation. “Beautiful pictures are most important to catch viewers’ eyeballs, and elicit their desire to try out. Today, no one would bother to read long texts. Just a punchline under the pictures clicks,” she says.

In another joint work published in the Journal of the Academy of Marketing Science, Gu and her colleagues conceptualize influencer marketing as a new form of crowdsourcing for marketing. Traditionally, marketing campaigns were initiated, planned, and executed by companies that have now shifted to sourcing ideas, audience networks, and effort from different influencers on various channels, she notes. “We are undergoing an evolutionary thinking in marketing.”

But influencer marketing doesn’t go down well with all categories of products, notes Dang from HKU. For example, she says, financial and insurance products, which are popular in Hong Kong, are best marketed by industry insiders. Otherwise, consumers won’t buy them. If luxuries, such as cars, watches and designer products, are marketed through grassroots influencers, their “exclusiveness” will be lost, adds Gu.

SMIs’ authenticity and transparency underpin the followers’ trust in them. However, when influencers fail to project authenticity, for example, by pretending they have tried the product before recommending it to their followers, the established trust crumbles and, consequently, the followers will lose trust in the influencers, Gu warns. Endorsed brands could suffer. This is an inherent risk that companies have to consider and mitigate once they opt for influencer marketing. The stakes are high, especially if they work with big influencers, who may not bother to try every product seriously, but overrate it. Even if companies choose lesser-known influencers, the risk still lurks. If they become popular, it will be practically difficult to juggle too much promotional work, so their reviews aren’t always based on first-hand experience.

“There have been cases of clearly artificial relationships, and many of them have fallen flat,” reveals Andrew Hutchinson, content and social media manager of Social Media Today. “These days, there is a risk of significant backlash for influencers if they try to fake endorsements.”

Hong Kong KOL Sharon Yung, who has 310,000 subscribers on YouTube, has paid the price for her missteps. Before the Lunar New Year holidays, she posted a video in which she compared three versions of poon choi (a Cantonese festival dish) to those from two hotels and a humble restaurant. She rated the restaurant’s iteration unfairly low, disdainfully reviewed it and even embedded a product placement. Her deed stirred an outcry from online viewers. She was later forced to apologize publicly for her thoughtlessness and injustice and swiftly removed the video.

Every bit of information conveyed by influencers is under public scrutiny. If authenticity is lacking, they have to eat humble pie.

To preserve authenticity, “influencers should also try to be consistent with their expertise area,” Gu suggests, which means they’d better promote products and share opinions within their true area of expertise. “That shows your passion in your specialization. Passion epitomizes authenticity,” she says.

Another caveat is that excessive influencer marketing could backfire. Both the influencer and the brand would bear the brunt.

Joanne has identified her own formula to help brands and eateries up their game, while trying to avoid irking her fans because of advertisement overdose or recommendations that many find disagreeable.

To Joanne, collaboration with brands for a marketing campaign is not a casual decision to make. “When a brand or restaurant approaches, I would carefully check out the brand online, its reputation, origin, ingredients and features, and if it’s suitable for me (to ensure that I can try on myself first before sharing with my followers),” she says, accentuating that only her own confidence in the brands inspires her to spread the word across her trusted community. She treads cautiously on influencer marketing to maintain her fan base and their trust.

There is no one-size-fits-all approach. Food or products that someone likes don’t necessarily sit well with others. Joanne has learnt to come to terms with disapproving comments. “When that happens, I will just try to disengage myself from them and not make a fuss out of it.”

The relationship between the intensity of influencer marketing and consumer engagement may not be linear. Over-endorsement can sometimes backfire, Gu notes. For example, if an influencer inundates his or her followers with branded content excessively, it will put them off. Over time, the brands that the influencer espouses can only capture the attention of a limited group of consumers. As influencer marketing is permeating every corner of social media platforms, however, some consumers are showing a tinge of ambivalence towards SMIs’ branded content, says Ki, the assistant professor from PolyU. When the audience realizes that an SMI is feeding them with “ad clusters” or that many ostensibly innocuous posts or videos are de facto advertisements, that would create disgust and skepticism. “They would be increasingly showing both trust in the SMI (but to a lesser degree) and distrust in the branded content, which leads to abated purchase desire,” Ki says, explaining “ambivalence”.

“So, how to minimize this skepticism while sustaining audiences’ trust in SMIs’ endorsement content remains an important issue for brands to tackle,” Ki says.

There are also controversy around the ethics of influencer marketing. Is it an exploitation of consumers’ trust in their favorite influencers and their mimicry psychology? It seems there is no definitive answer, but there is a consensus among analysts that the onus is on both influencers and brands to make influencer marketing a fair game. “It’s up to the influencers to ensure they partnering with the right businesses. Influencers have influence because they have established community trust, and cashing in on that by signing up to any brand deal will quickly erode that,” Hutchinson says. “So yes, brands are looking to tap into the trust that these creators have built, but creators also needs to take responsibility for the products and services they endorse.”

Ki considers “exploiting” a little far-fetched. If the products are not as good as promised, the influencers and brands are “manipulating” and “misleading”, she acknowledges.

Brands communicate promises regardless of the methods and channels used, says Whitler. What matters is if the promises are met or overpromising. She doesn’t think it’s exploiting a psychological weakness.