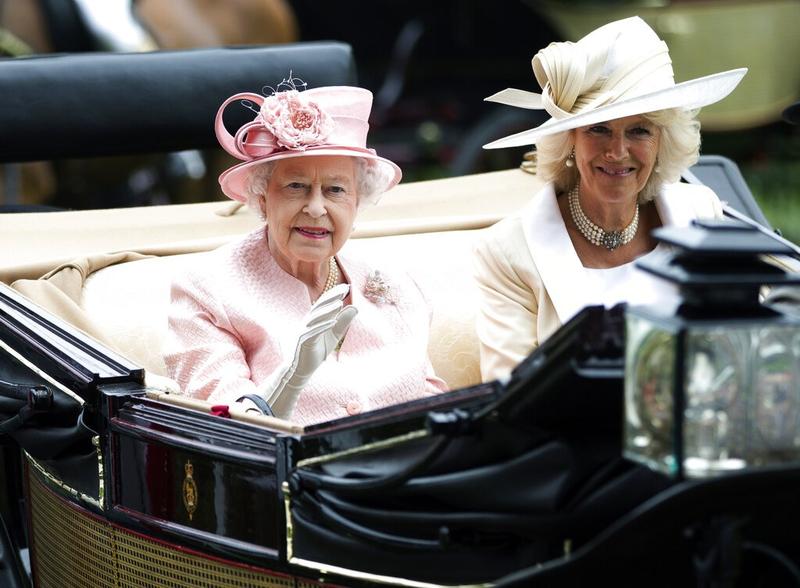 Britain's Queen Elizabeth II waves to the crowds with Camilla, Duchess of Cornwall at right, as they arrive by carriage on the first day of the Royal Ascot horse race meeting in Ascot, England on June 18, 2013. (ALASTAIR GRANT / FILE / AP)

LONDON - Britain's Queen Elizabeth said on Saturday that she wants Prince Charles' wife Camilla to be styled Queen Consort when he becomes king, cementing her place at the heart of the royal family after once being judged an outsider.

In a letter written to mark the 70th anniversary of her accession to the throne, Elizabeth said the occasion had given her pause to reflect upon the loyalty and affection shown to her by the British public.

She said she hoped Charles and Camilla would receive the same support.

"(It) is my sincere wish that, when that time comes, Camilla will be known as Queen Consort as she continues her own loyal service," Elizabeth said.

Charles and Camilla, long-time lovers, were married in 2005 in a civil ceremony in Windsor. Their Clarence House residence said on Saturday that they were "touched and honoured by Her Majesty's words".

Elizabeth's move reflects a wider acceptance of Camilla's status as a royal.

Tabloid newspapers no longer target her as they did in the decade following the death in 1997 of Charles' first wife, Princess Diana. 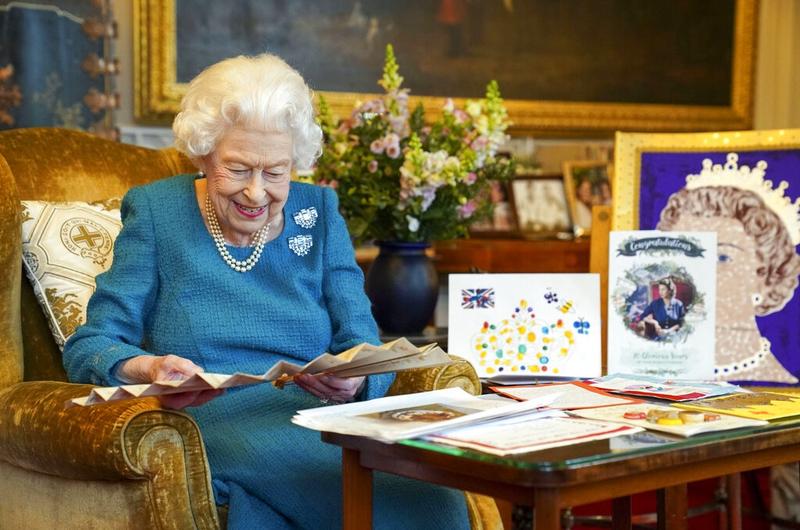 Britain's Queen Elizabeth II looks at a display of memorabilia from her Golden and Platinum Jubilees in the Oak Room at Windsor Castle, Windsor, England, in this undated but recent image that was released on Feb 4, 2022. Queen Elizabeth II will mark 70 years on the throne on Feb 6, an unprecedented reign that has made her a symbol of stability as the United Kingdom navigated an age of uncertainty. (STEVE PARSONS / POOL VIA AP)

Charles and Camilla, long-time lovers, were married in 2005 in a civil ceremony in Windsor. Their Clarence House residence said on Saturday that they were "touched and honoured by Her Majesty's words"

Camilla - whose current title is Duchess of Cornwall - now regularly represents the royal family alongside Charles during official duties.

Throughout British history, the wife of a king typically is given the title Queen Consort. At the time of their marriage, it had been officially decided that Camilla would use the title Princess Consort if Charles were to become king.

While Elizabeth on Sunday celebrates 70 years on the British throne - an unprecedented stretch - the anniversary comes at a time of tumult for the royal family.

From the US sex abuse court case facing her son Prince Andrew to allegations by her grandson Prince Harry and his wife of racism in the royal household, rarely has the 95-year-old Elizabeth's family faced such scrutiny and damaging headlines.

Last year she lost her husband of 73 years, Philip, whom she acknowledged in her letter on Saturday.

"I was blessed that in Prince Philip I had a partner willing to carry out the role of consort and unselfishly make the sacrifices that go with it. It is a role I saw my own mother perform during my father's reign," Elizabeth said.

Earlier on Saturday, Elizabeth kicked off celebrations for the 70th anniversary of her accession to the throne by inviting local community groups to her Sandringham residence in the east of England. 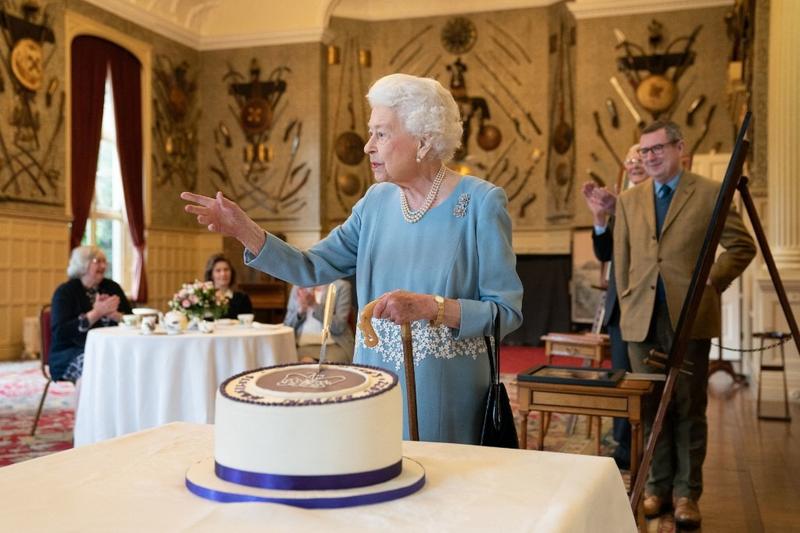 Britain's Queen Elizabeth II cuts a cake to celebrate the start of the Platinum Jubilee during a reception in the Ballroom of Sandringham House, the Queen's Norfolk residence on Feb 5, 2022. (Joe Giddens / POOL / AFP)

It is a day that, even after 70 years, I still remember as much for the death of my father, King George VI, as for the start of my reign ... As we mark this anniversary, it gives me pleasure to renew to you the pledge I gave in 1947 that my life will always be devoted to your service.

The queen, pictured smiling and wearing a light blue dress, cut a celebratory cake baked by a local resident and heard a rendition of "Congratulations" played by a concert band.

"I remain eternally grateful for, and humbled by, the loyalty and affection that you continue to give me," she said in her letter to the public.

Ironically Elizabeth was not destined to be monarch at her birth, and became queen only because her uncle Edward VIII abdicated to be with American divorcee Wallis Simpson.

But in 2015, she overtook Victoria as Britain's longest-reigning sovereign in a line that traces its origin back to Norman King William I and his 1066 conquest of England.

This weekend's low-key events are a prelude to more pomp and ceremony to mark the platinum jubilee in early June, when the government will add an extra public holiday.

But Elizabeth said the anniversary was to her one of reflection and poignancy.

"It is a day that, even after 70 years, I still remember as much for the death of my father, King George VI, as for the start of my reign," she wrote.

"As we mark this anniversary, it gives me pleasure to renew to you the pledge I gave in 1947 that my life will always be devoted to your service."