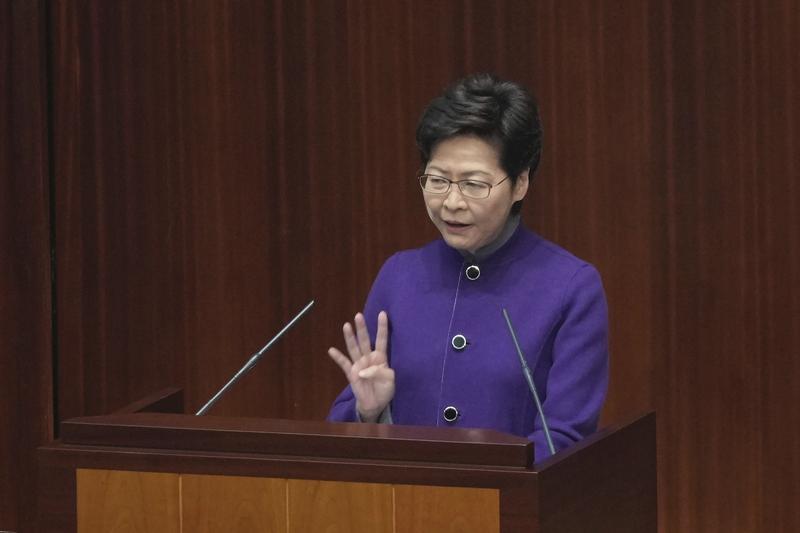 Hong Kong’s chief executive said on Tuesday that given the worsening pandemic situation, there is little chance that social distancing measures will be relaxed on Feb 4, when they are due to expire.

The government will ramp up efforts to promote “vaccine bubbles” in the city, Carrie Lam Cheng Yuet-ngor told reporters before meeting the Executive Council members.

With the fifth wave of the pandemic rapidly spreading, the government is unlikely to widely relax social distancing measures next week. However, officials are evaluating the possibility of making slight adjustments to the measures, she said.

Hong Kong has recorded about 200 confirmed cases during the fifth wave of the outbreak, including cases involving the omicron and delta variants.

Lam said the city saw the COVID-19 vaccination rate increasing, which the government will continue to work on improving, especially among the elderly. Another priority of next-phase anti-pandemic work is launching and expanding vaccine-bubble arrangements.

Earlier, the government announced it will launch the program on Feb 24 in schools, restaurants and other designated areas, where people entering the premises will be required to present proof of COVID-19 vaccination.

She added that Hong Kong currently is able to test 150,000 suspected COVID-19 samples per day. Lam said the government is open to the possibility of seeking assistance from the Chinese mainland in this regard, and the Guangdong provincial government has offered to help when Hong Kong is in need.

Lam also revealed that the investigation of 15 government officials who attended a large birthday party, which was also attended by a person later confirmed to have been infected with COVID-19, has almost finished. She hopes to announce the investigation result and possible disciplinary actions before the Spring Festival.

One of the officials is Secretary for Home Affairs Caspar Tsui Ying-wai, who was at the party for a long time. Tsui also is a key official in charge of the government’s anti-pandemic work.

Again expressing disappointment in Tsui, Lam said the government will deeply look into his responsibilities during the event, and she has ordered him to remain on leave until the investigation is complete.